THE fear for Chelsea’s kids was they would be left out in the cold after Frank Lampard’s £200million trolley dash this summer.

But Reece James’ thunderbolt and Timo Werner’s electric debut proved there is room for both the youngsters and the superstars at the Blues this season. 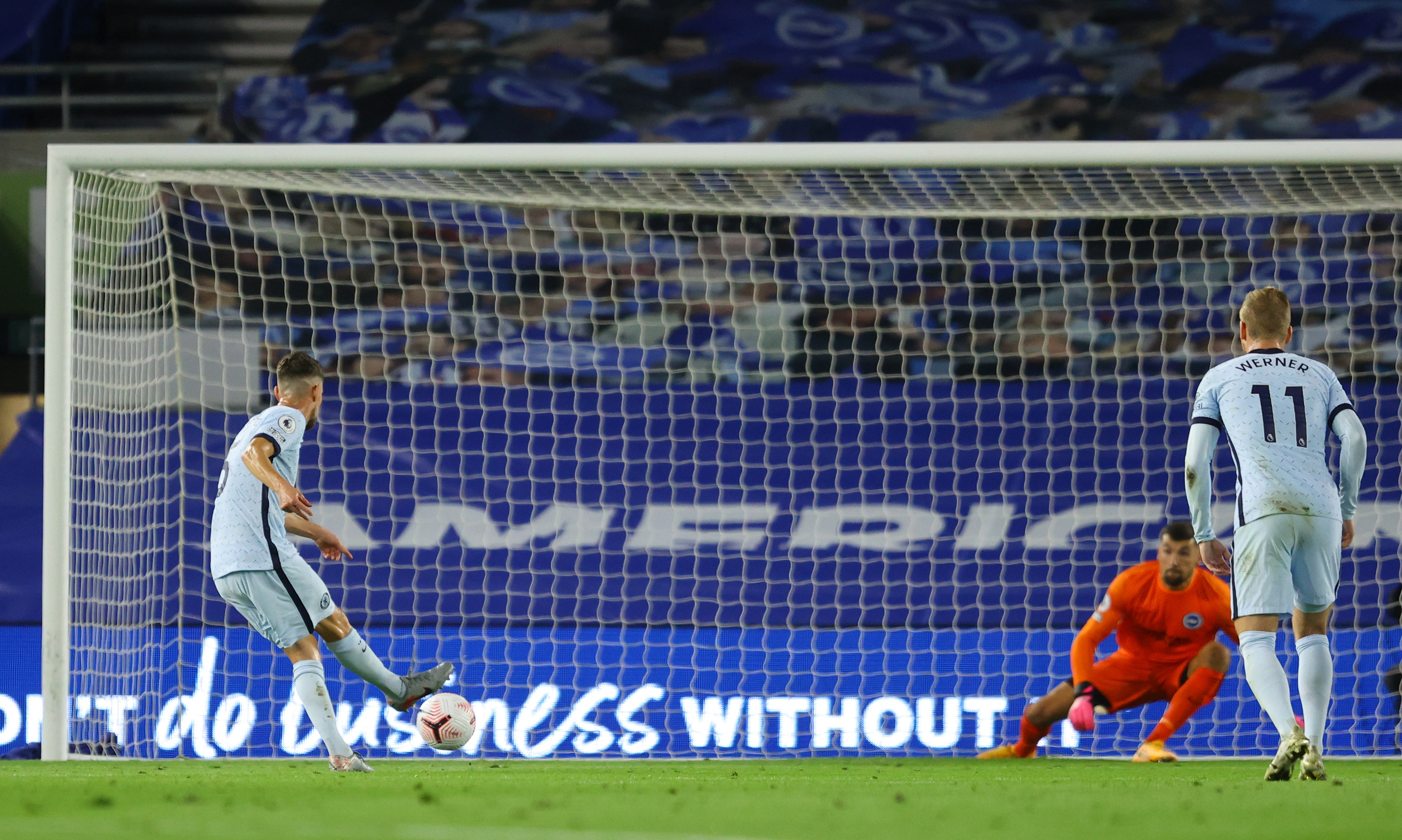 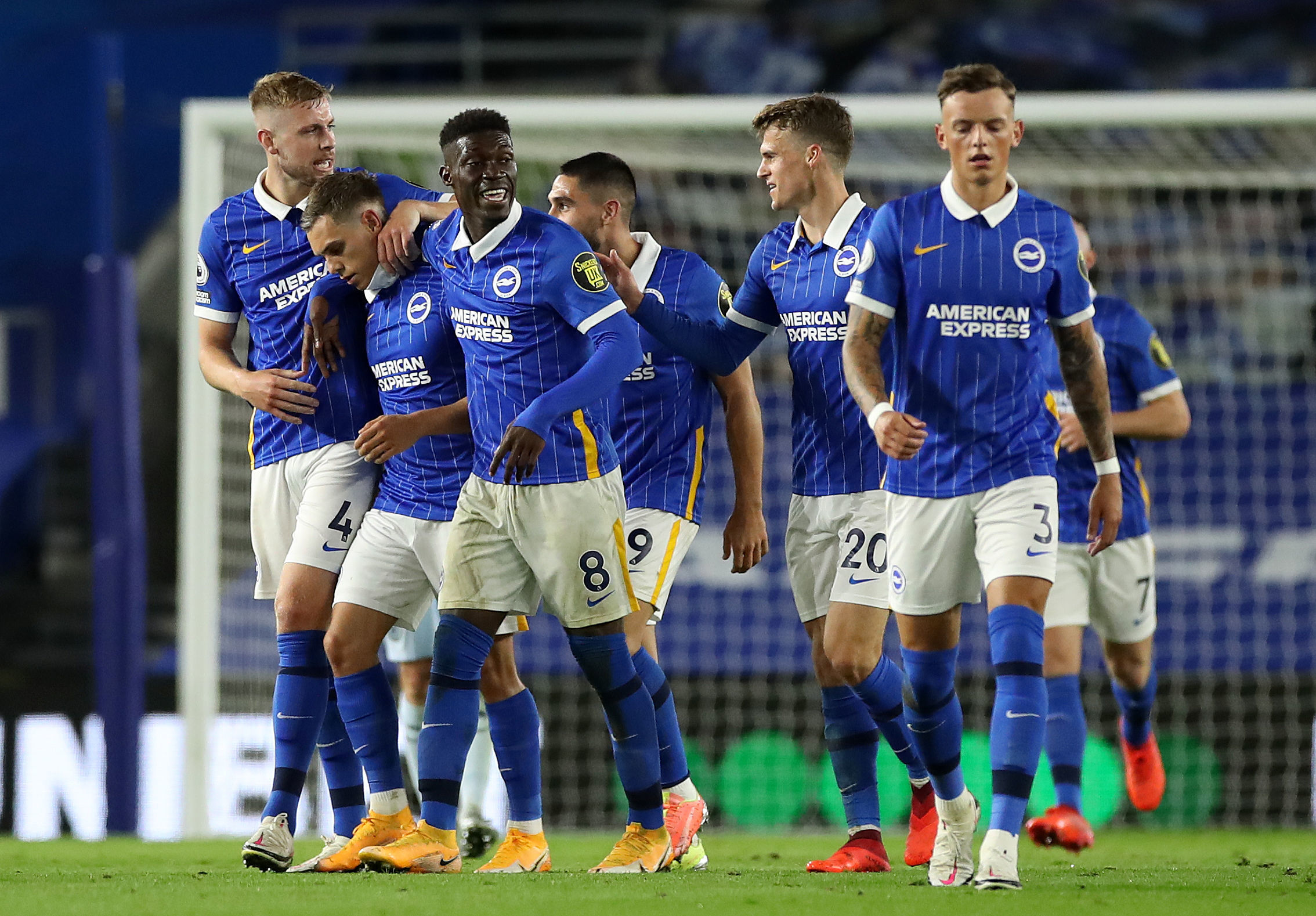 Werner, signed for £45m from RB Leipzig, showed the sort of blistering pace on his first outing to give defenders across the league nightmares already.

And it was that speed that outfoxed Maty Ryan to allow Jorginho to break the deadlock from the penalty spot in the first half.

Chelsea certainly did not have things all their own way though and a resolute Brighton hit back through Leandro Trossard’s thunderbolt.

But the Belgian was outdone seconds later as academy kid James walloped in his first league goal for the club from 25 yards.

Kurt Zouma’s heavily-deflected strike then settled the contest, handing Lampard the perfect start to a season where the pressure has ratched considerably following the summer spree.

The Blues legend has been backed heavily after guiding the club to the Champions League without a single penny spent last year.

He unleashed £117m worth of talent here though as Werner and Kai Havertz started.

It was a quiet bow for Havertz but Werner looked very sharp with some graceful movement, a precise touch and that rapid pace. 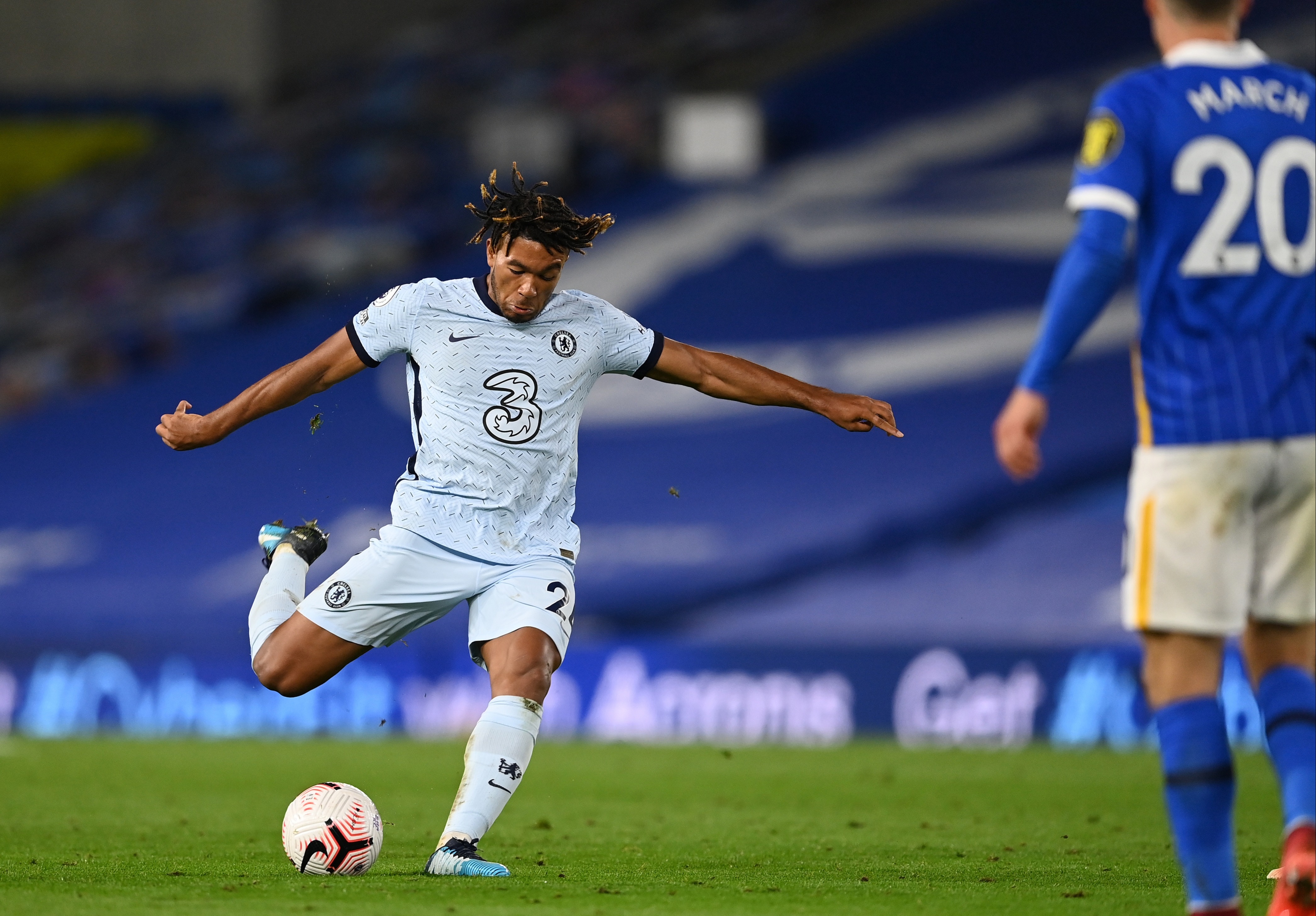 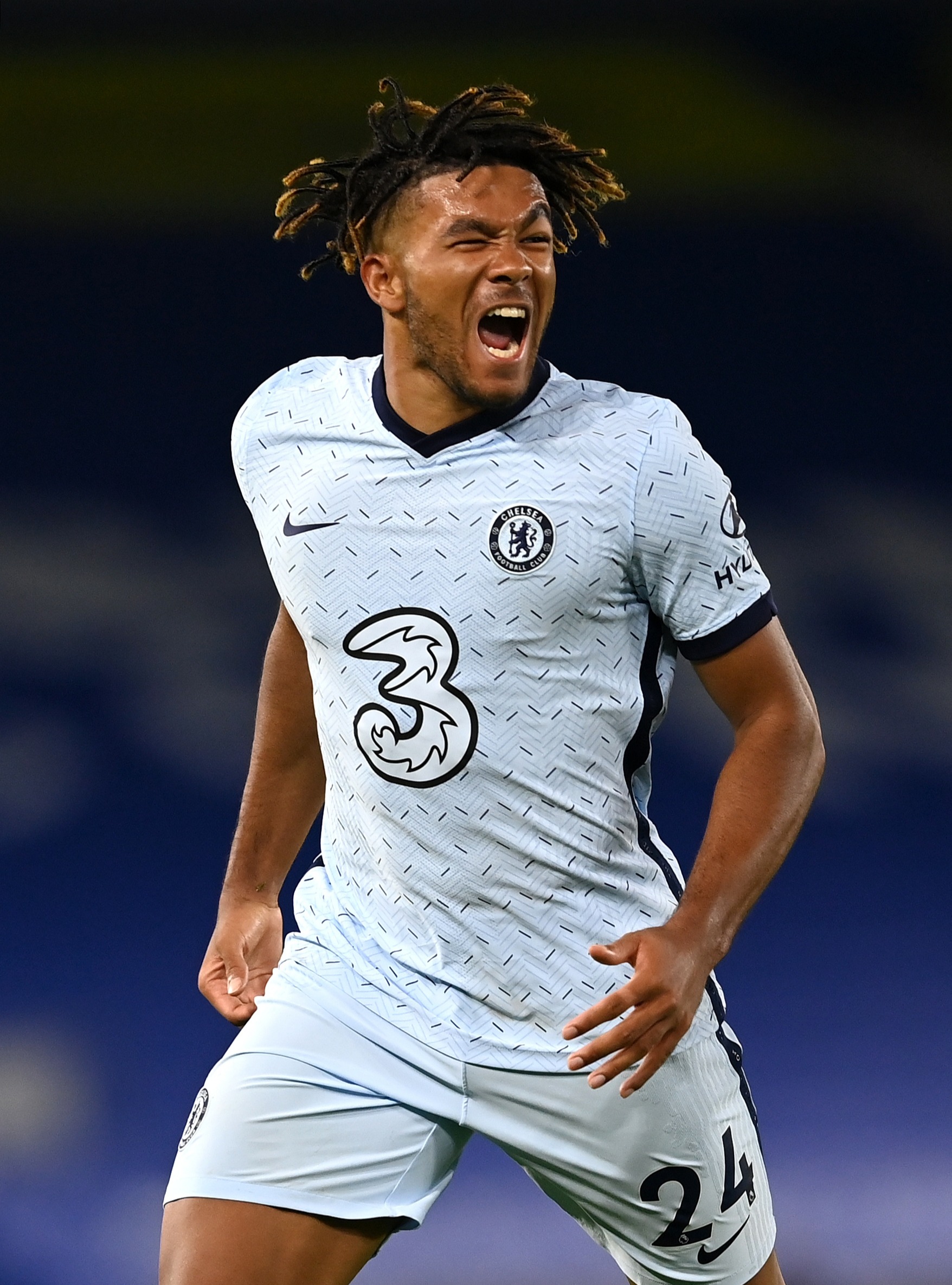 No wonder Jurgen Klopp has been so sore about emerging rival Lampard’s mega-spending.

Because one look at Werner and it is clear the German striker would have suited Klopp’s heavy-metal football down to the ground.

Liverpool’s cash-flow issues allowed Lampard to steal in and he already looks to have a player capable of elevating Chelsea to a level where they can genuinely compete with the Reds.

Lampard warned fans not to expect too much too soon from Havertz and Werner, with the former only having trained with his new team-mates for a week.

But the Blues boss could not hide his excitement over the pair by adding pre-game: “I love them, they’re good team-mates already”.

If they can be half as good as the partnership their new boss struck up with Didier Drogba, then Lampard could really be onto something.

Werner’s pace caused issues instantly and were it not for a few close offside calls, Brighton’s backline would have been in trouble inside the opening seven minutes. 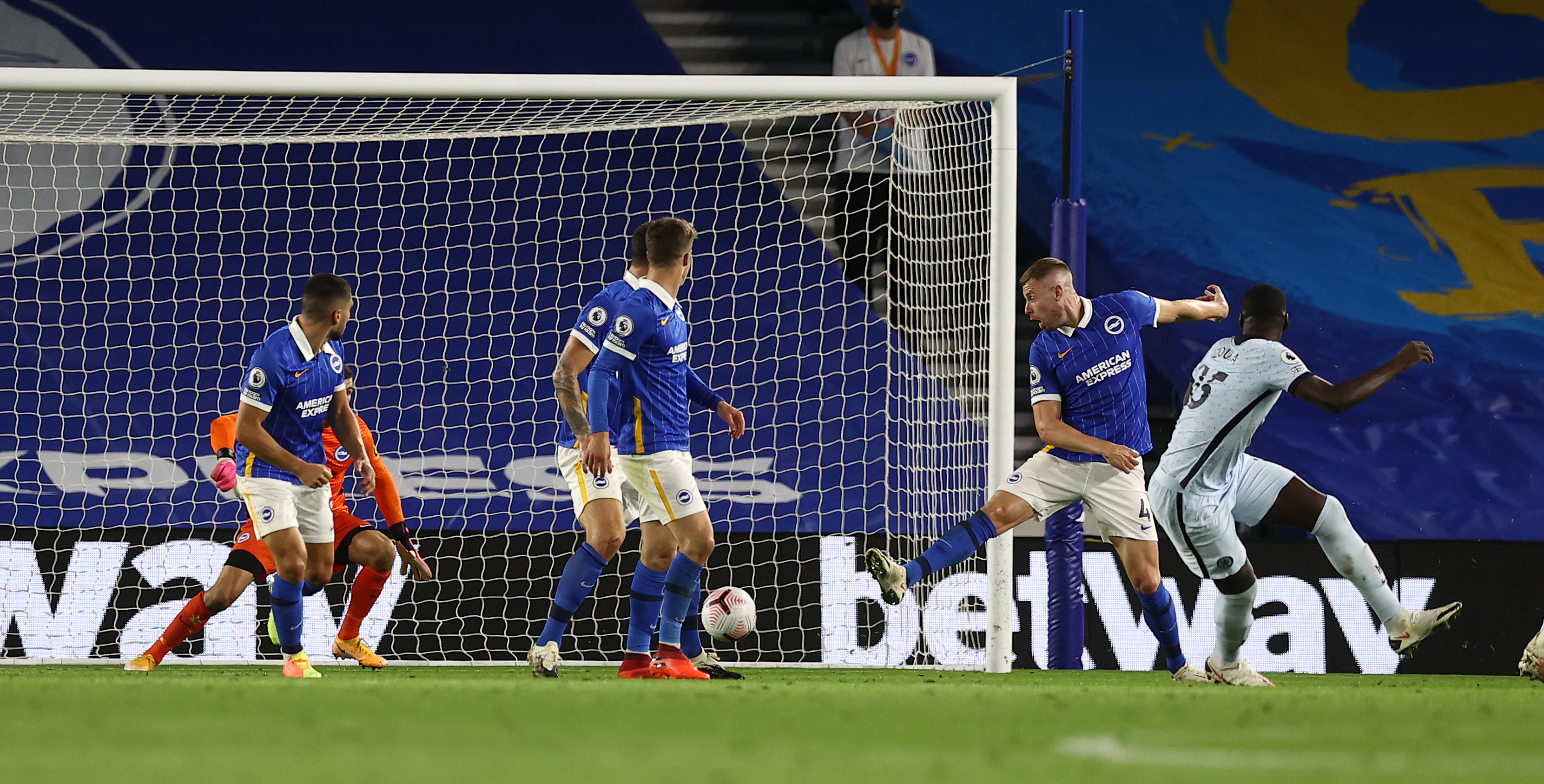 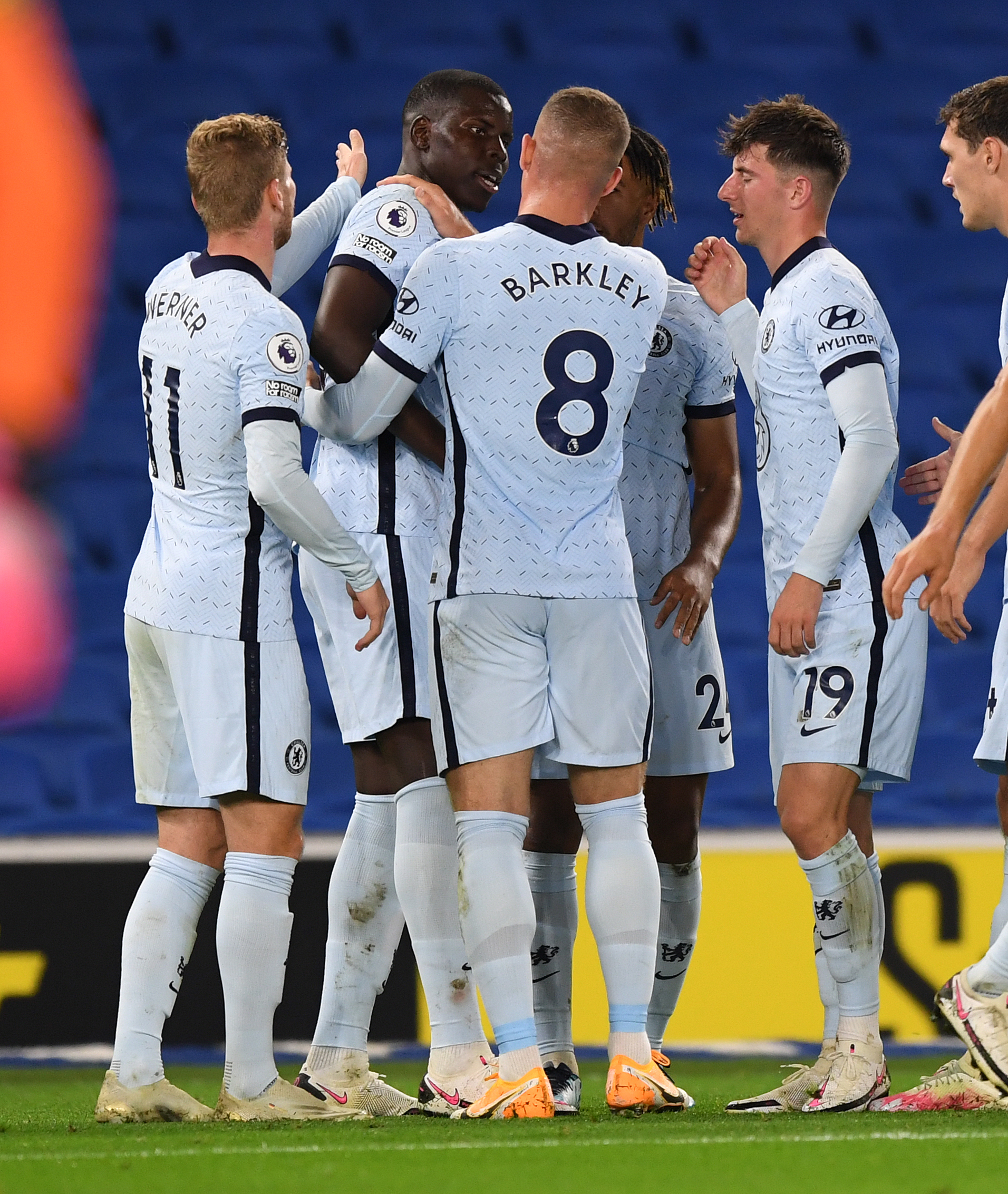 Ruben Loftus-Cheek, a surprise starter after his 16 months of injury hell, looked particularly rusty in the false-nine role and was guilty of failing to pick Werner out on occasion.

The speedy German made the difference in the first half when Jorginho played him through, after picking up on Steven Alzate’s loose pass, and Ryan took him out.

Werner took the penalties at Leipzig – at Tottenham discovered in the Champions League last term.

But at Chelsea that responsibility appears to be staying with Jorginho, who did his customary hop-skip before sending Ryan the wrong way.

Brighton rallied though and before James took centre-stage, it was another right-back made in Chelsea that shone brightest.

Tariq Lamptey left Stamford Bridge for the Amex in January and has been a revelation ever since.

Like Werner, his pace is a huge strength but the 19-year-old’s biggest asset is his fearlessness, showing no fear or respect for whoever he comes up against. 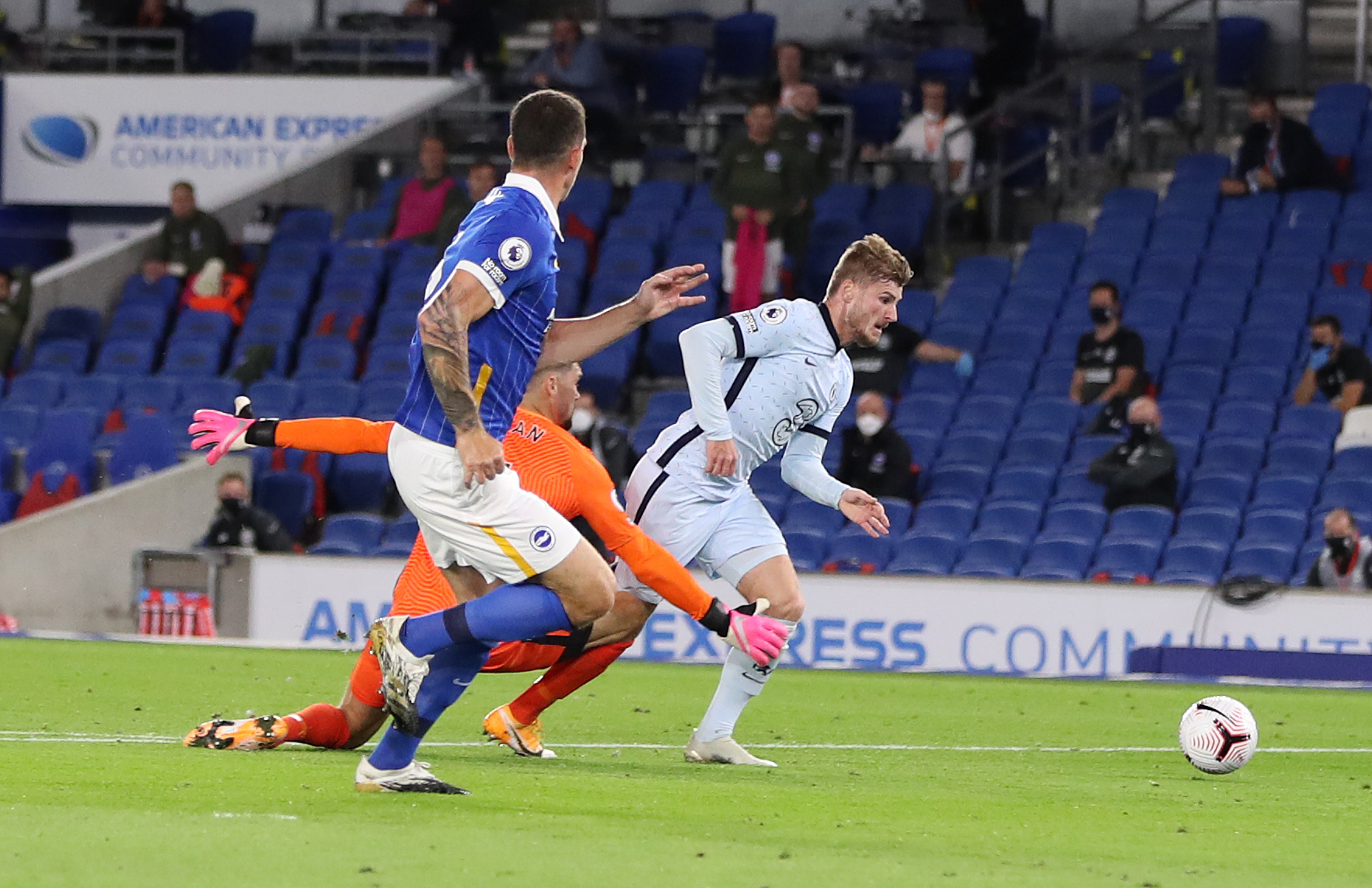 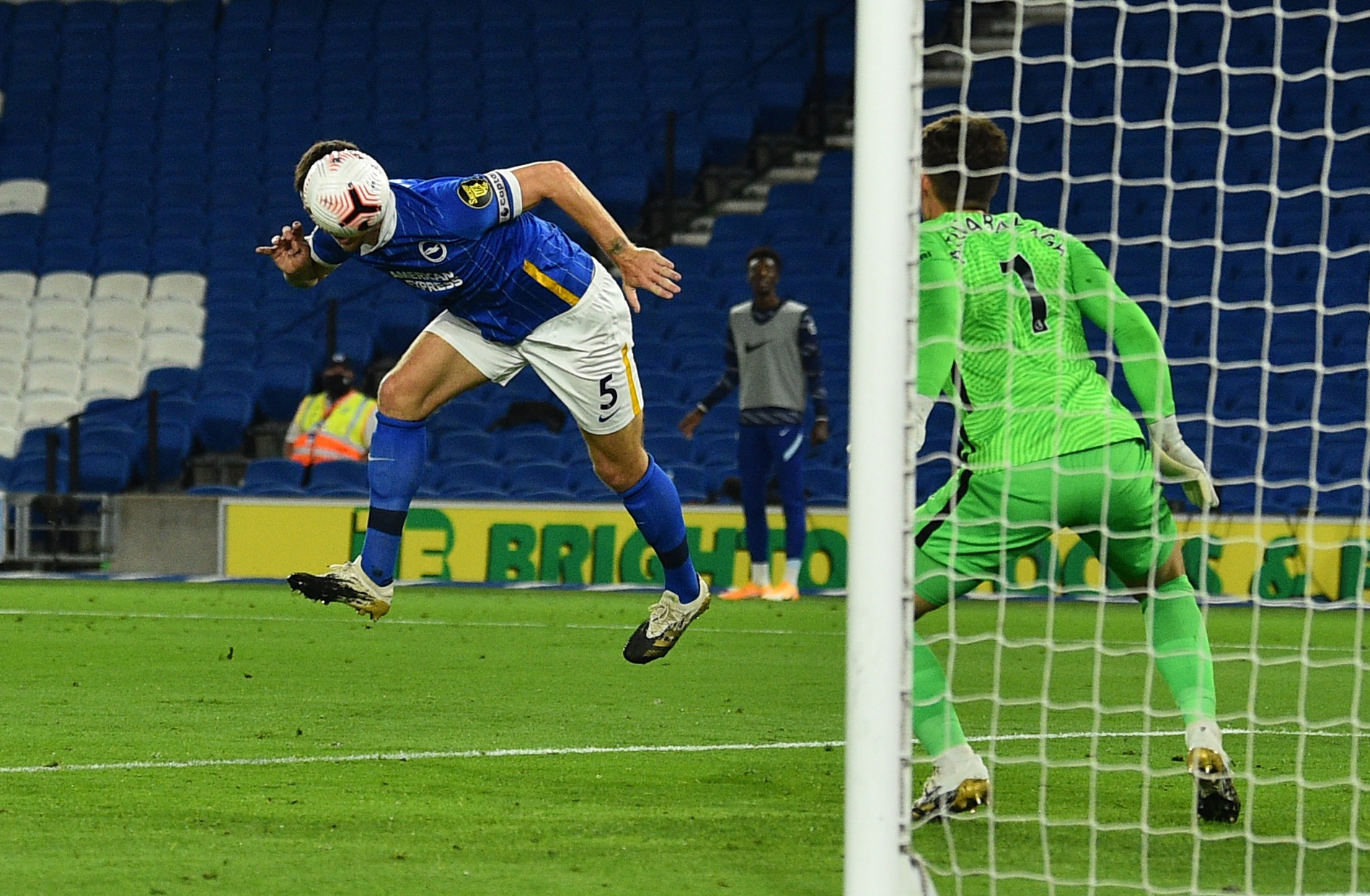 That certainly was the case with Marcos Alonso here as Lamptey drove at the Spaniard time and time again.

Even with the enormous strength in depth England have at right-back, Gareth Southgate’s attending No2 Steve Holland could not help but be impressed.

And it was Lamptey who laid it back to Trossard before the recently-capped Belgian beautifully the bottom corner from outside the box.

It would be harsh to say Kepa Arrizabalaga made a gaffe by not saving it.

But it would hardly have endeared him further to Lampard, who is closing in on stopper Edouard Mendy from Rennes.

Any blushes Kepa may have had were quickly spared by James, who belted into the top corner from 25 yards.

And the 20-year-old added an assist on 66 minutes as Zouma fired in his corner via a wicked deflection off Adam Webster – after Lewis Dunk had missed a sitter.

That killed the contest for Brighton, who lost new-signing Adam Lallana to a suspected hamstring problem in the first half.

A perfect performance it was not for Lampard who will know there is much to work on as new signings bed in with his youngsters.

But it was a perfect result – and this year for Lampard, that is what matters most.