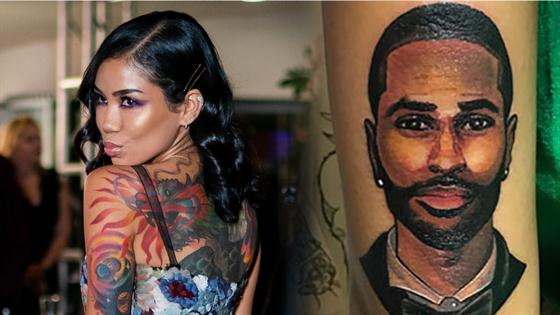 When it comes to flirting during a coronavirus pandemic, Big Sean and Jhené Aiko have demonstrated one way to do it.

After spurring split speculation in 2018, the longtime on-and-off couple featured each other on new tracks seemingly about their relationship before being back at each other’s side by late 2019. On Wednesday night, the two had fans’ attention once again as they traded flirty comments with each other on Instagram Live while apart during the ongoing pandemic.

“Are you in quarantine?” Sean asked her at one point. “You’ve got to be the best looking quarantiner I’ve ever seen.”

After the “Clique” star said she looked good, Aiko followed up with, “Oh yeah? Why don’t you marry me?”

“Whatever,” she playfully quipped back. “I don’t need no man.”

At another moment in the Live, after he told her he would fight for her, the rapper wondered if she would do the same for him. “I’m not competing for nothing,” she retorted. “I don’t compete. I complete.”

The two also discussed misconceptions about each other, including one that they are toxic, which they both denied. “I think that we help each other grow,” the songstress said. “I don’t think that we have ever really argued, like yelling at each other…we’re very mature I would say.”

In regard to interpretations about them from their music, Aiko said “the music is our art.”

The intimate chat concluded with Big Sean dropping the L-word. “Hey, be safe. I love you,” he said.

“1. this is the live content I’ve been waiting for,” one tweet about their FaceTime Live read. “2. someone look at me like big sean looks at jhene.”