A new kind of chicken tender is coming to restaurants across America — except these nuggets won’t really be made of chicken.

On Thursday, Beyond Meat announced that it has launched a new product: plant-based "Beyond Chicken Tenders."

The chicken tenders are already available at more than 400 restaurants including chicken and wing restaurants, burger joints, pizza restaurants and more, the announcement said.

PLANT-BASED MEAT NOT NUTRITIONALLY THE SAME AS REAL MEAT: STUDY

The company’s first plant-based chicken product was first launched in 2012, according to the announcement. In December of 2019, the Beyond Meat CEO Ethan Brown told Bloomberg that the company had plans to expand its poultry products in 2020.

Beyond Meat’s announcement comes as restaurants are suffering from chicken wing shortages and the demand for chicken skyrockets. 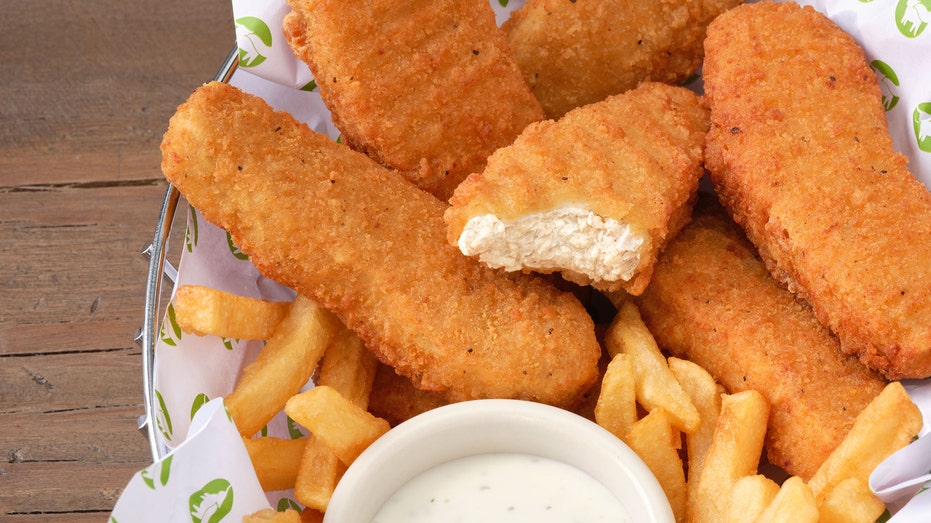 On Thursday, Beyond Meat announced the release of its newest product: Beyond Chicken Tenders. The plant-based product is available at more than 400 restaurants. (Beyond Meat)

"We’re innovating the poultry market with the new Beyond Chicken Tenders—the result of our tireless pursuit for excellence and growth at Beyond Meat," Dariush Ajami, Beyond Meat’s chief innovation officer, said in a statement.

"As with all our products, Beyond Chicken Tenders offer delicious taste and an exceptional culinary experience, along with strong nutritional benefits," Ajami added. "Innovation is at the heart of Beyond Meat, and Beyond Chicken Tenders are the latest example of our mission to create groundbreaking, tasty options that are better for people and for our planet."