A quick-fire two goals in the first half from the visitors turned the game on its head before the Colombian hit his 22nd Europa League goal for the Light Blues. 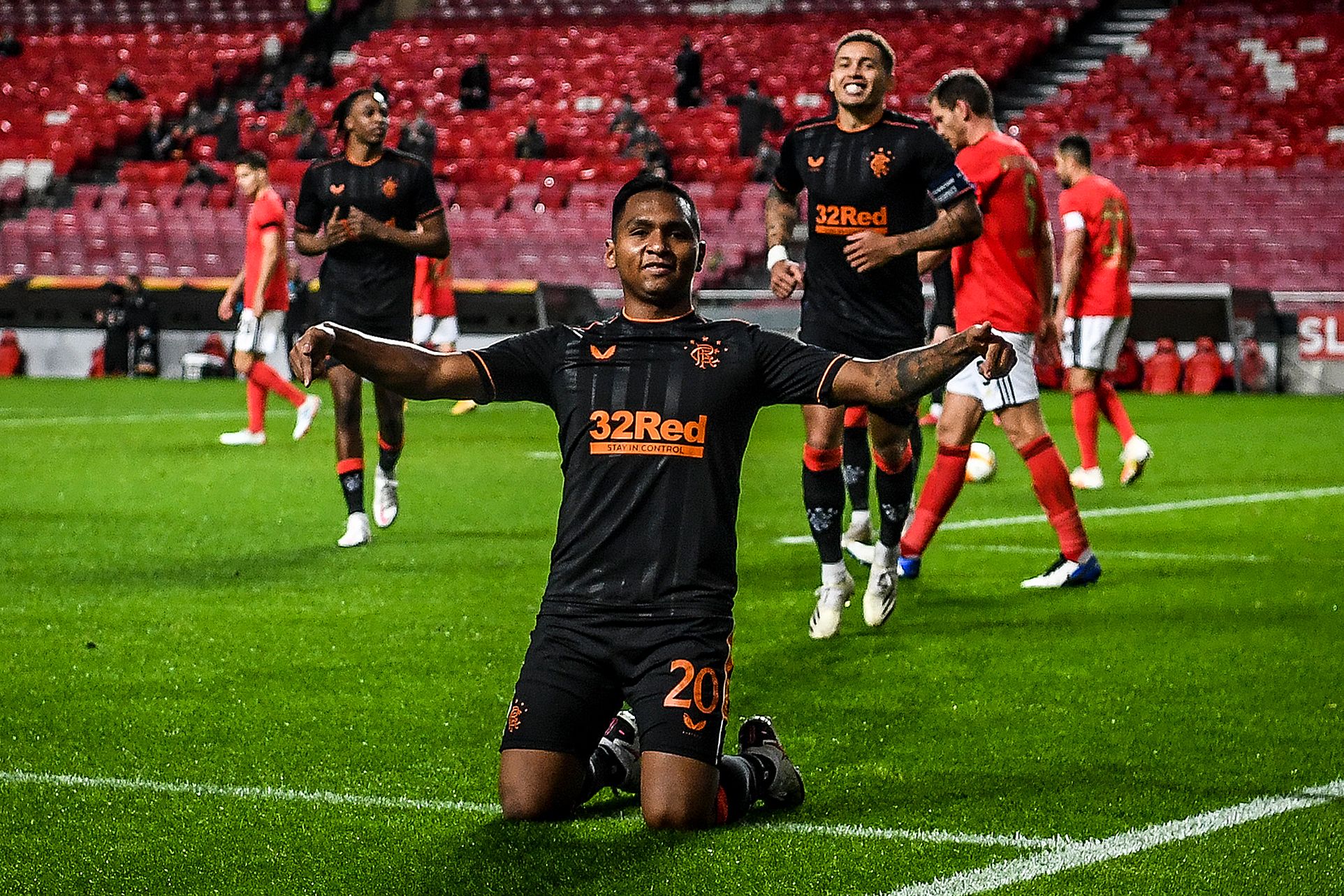 But Benfica hit two goals of their own in the final 15 minutes of the game to earn a share of the spoils as both sides move on to seven points in Group D.

The visitors got off to the worst possible start as slack defending from Filip Helander allowed the hosts behind the Rangers backline with a cut-back coming off Connor Goldson into the back of Allan McGregor's net.

Ten minutes later Jorge Jesus' men should have doubled their advantage on the counter but Pizzi dragged his effort wide of the far post.

What looked to be the game-changing moment arrived just before the 20-minute mark when Ryan Kent broke the offside trap as he tried to get on the end of a long ball and was brought down by Nicolas Otamendi.

The former Manchester City star was shown a straight red card by the referee to leave the hosts a man down with more than 70 minutes to play.

James Tavernier whipped an inviting ball across the Benfica box and Diogo Goncalves turned the ball into the roof of his own net.

Just ONE minute later the game was turned on its head. 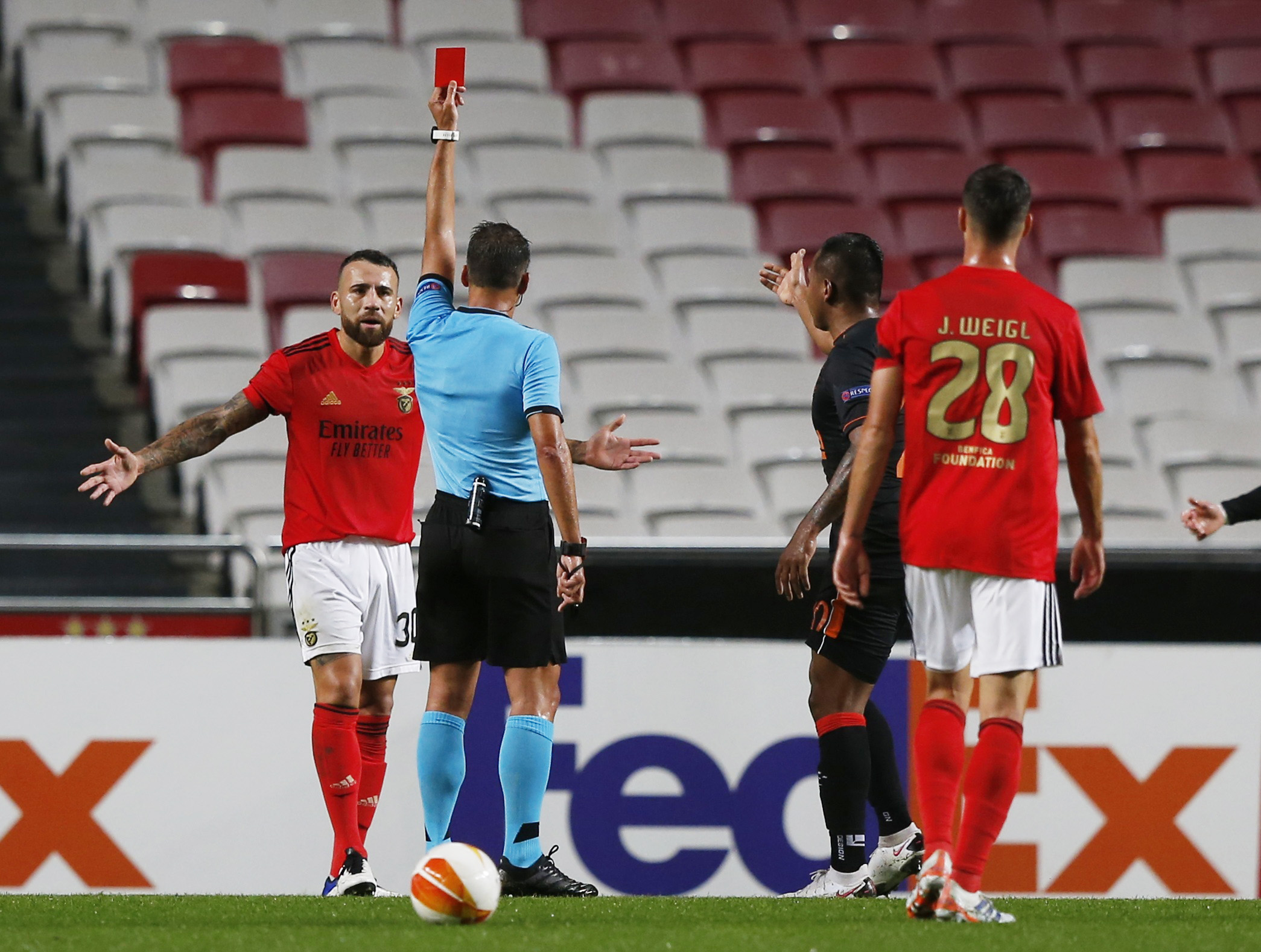 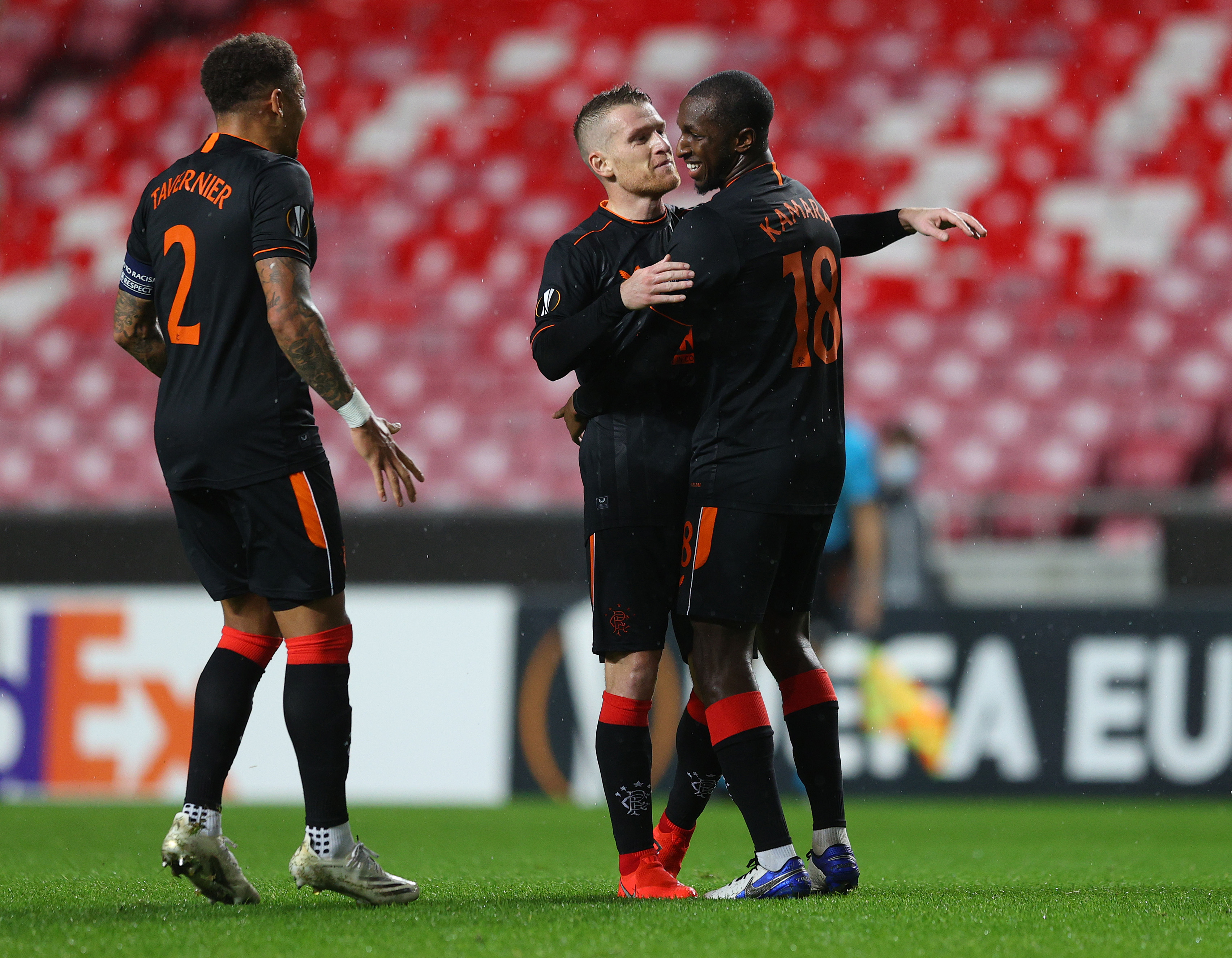 And what a great goal it was by Glen Kamara.

Some slick build-up play from Rangers ended up with the ball at the feet of the Finland international and he cut inside two Benfica defenders before firing a low effort from 20 yards past Odysseas Vlachodomis at his near post.

Aribo nearly and probably should have added a third five minutes later as Rangers carved out another golden opportunity.

Kent played the ball to Borna Barasic before he delivered a lovely ball into the box which found the Rangers attacker but he headed just narrowly wide of the left-hand post.

Five minutes into the second period Rangers got their third of the game and it was Morelos' record-breaking moment.

Goldson's killer ball through the Benfica high line found skipper Tavernier who ran to the byline and fired the ball across the six-yard box to find an unmarked Morelos who knocked the ball home.

His close-range strike took his tally to 22 European goals from Rangers and moved him one ahead of McCoist in the record books.

Just on the hour it was nearly FOUR. Ryan Jack faked to shoot and lay in Ryan Kent but his effort struck the base of the post and out for a goal-kick. 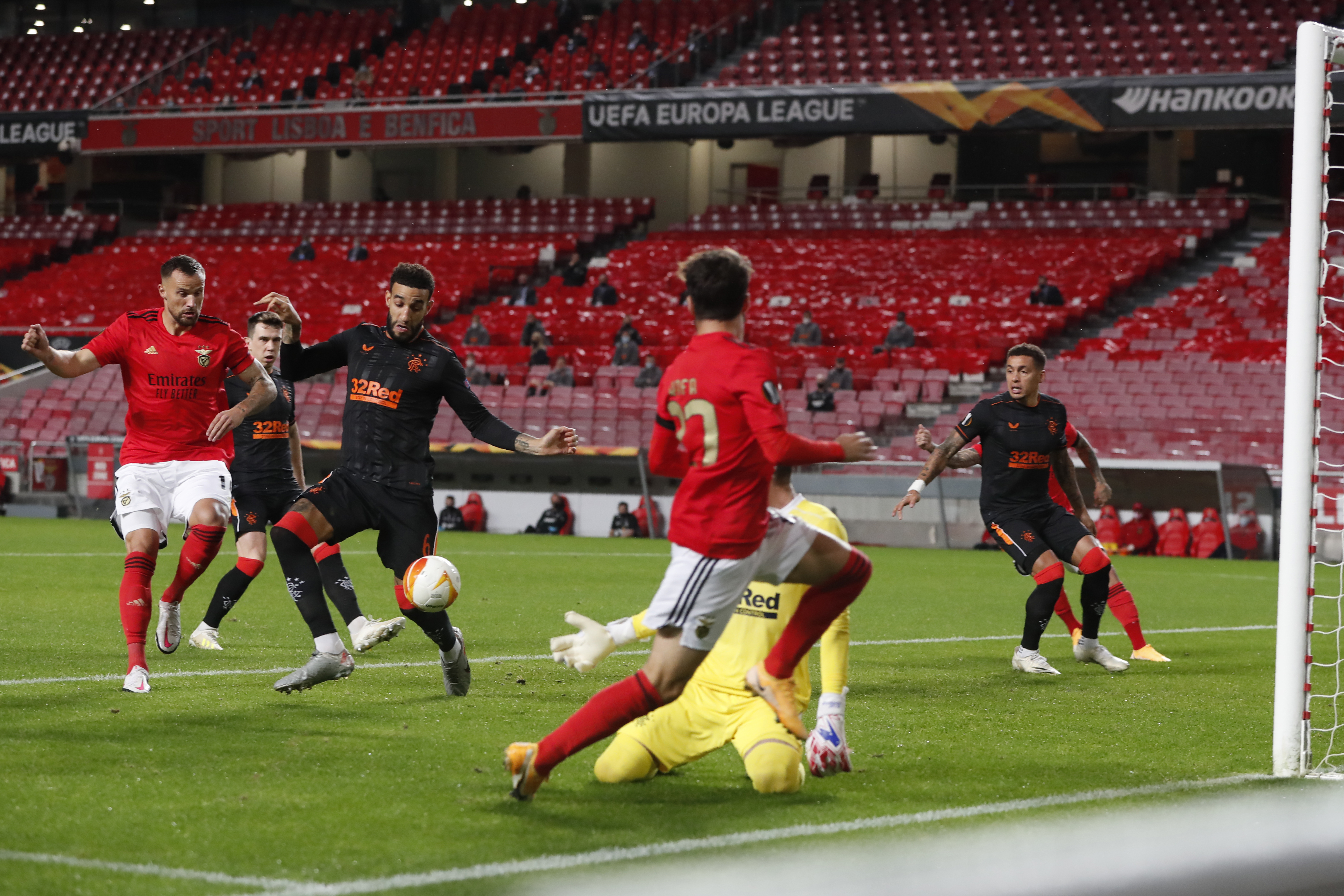 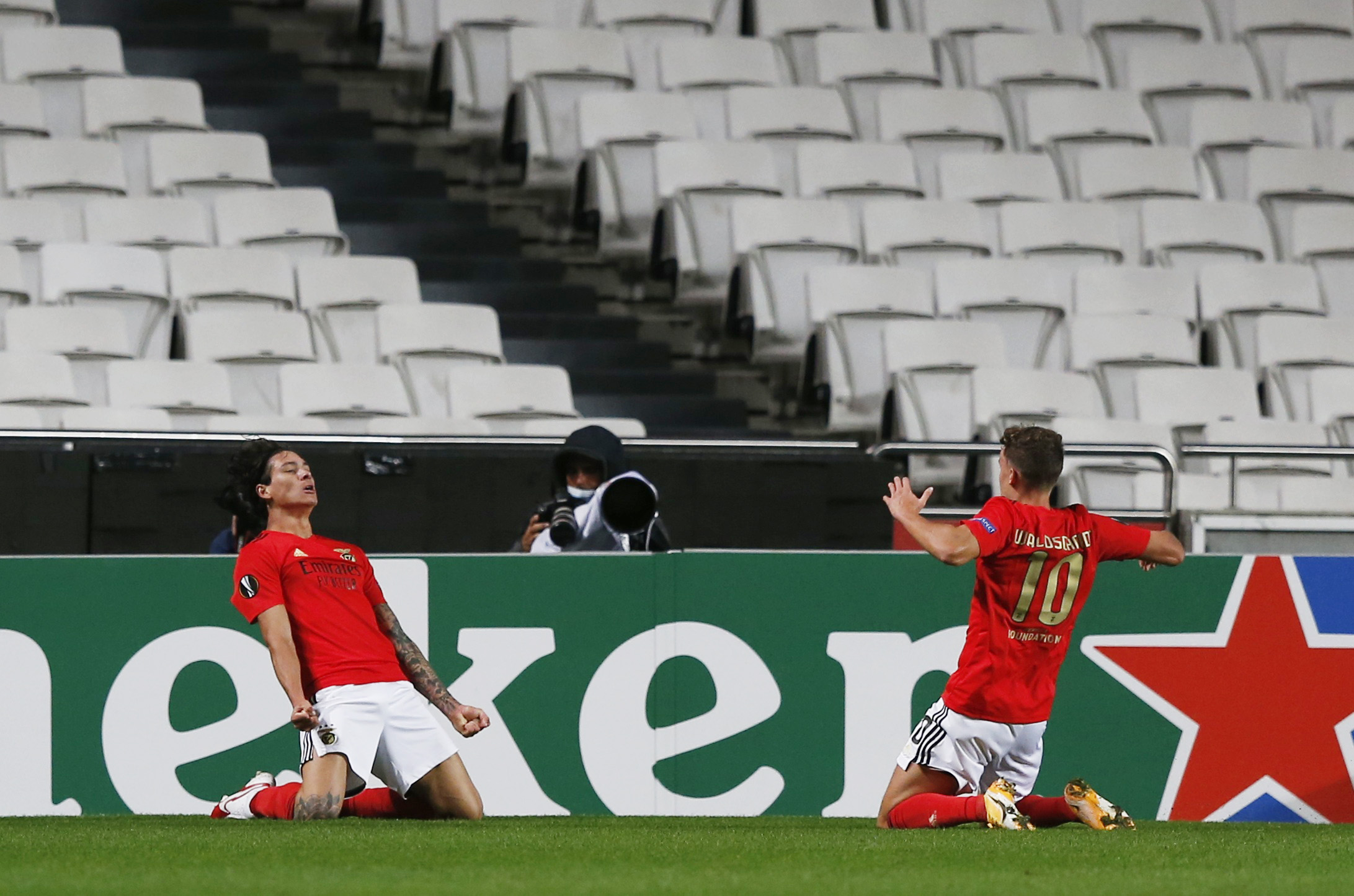 Benfica handed themselves a life life with 14 minutes remaining thanks to a tap-in from Rafa Silva.

The hosts once again capitalised on poor play from Helander before cutting the ball back across goal for a simple finish.

And just as the clock hit 90 minutes Darwin Nunez struck for the hosts as they recovered from 3-1 down to earn a point and deny Rangers a famous win in Lisbon.