The bearded vulture was photographed on Howden Moors, near Sheffield, on Sunday morning by excited birdwatchers. The species has been seen in the UK just once before in 2016.

He said: “It’s a truly magnificent sight, to see Britain’s largest bird of prey in Yorkshire, and hundreds of birders from all over the country have made the journey.”

Mr Bowell said the bird was tracked through the West Midlands and Derbyshire but nobody had “pinned it down” until the weekend.

Another birdwatcher told him where the bearded vulture was and after missing it on Saturday he returned on Sunday walking two hours to finally catch a glimpse of the rare bird of prey. 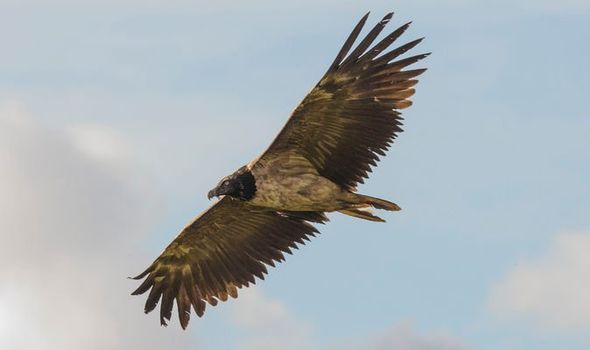 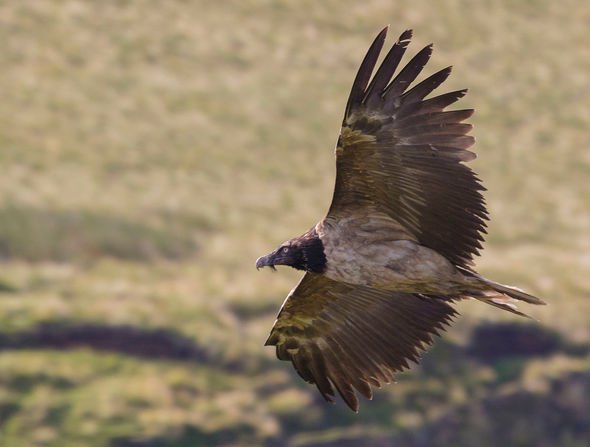 Mr Bowell said: “He spotted it on Friday night so I went down on Saturday morning.

“I missed it by about 20 minutes, and went back on Sunday morning. I left home at half three in the morning.

“They were sublime views, I just never expected it. When we got there after missing it on Saturday it was elation.

“I never expected to get anything like those views, it was mind-blowing. Quite unexpected and quite remarkable.” 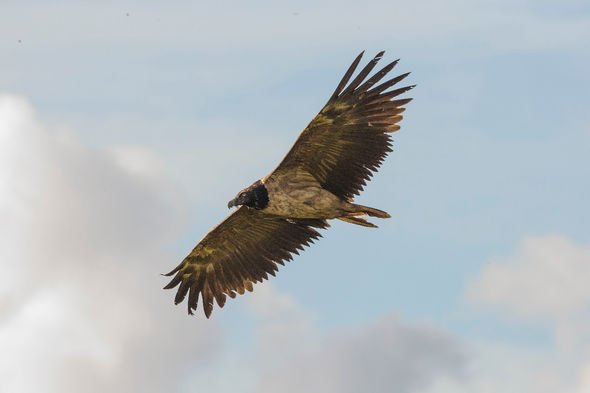 Indy Kiemel Greene, who also photographed the bird, told the BBC: “It was absolutely unforgettable.

“There were about 100 people watching it and we were all so pleased.

“When I saw it I almost dropped my camera.

“We watched it for five hours and it was so chill. It was definitely worth it.”

Birdwatcher Pete Garrity added: “It’s a unique experience to see a bird like that in this country.

“It was very exciting – it made my mouth go dry.”

The bird is thought to have been wild-born from a population that was reintroduced into the wild in the Pyrenees.

“It’s without a doubt one of the biggest birds ever seen in the wild here.”

He added that other time the rare bird of prey has been seen in the UK was in 2016 in the Dartmoor area.

The bearded vulture has been classified by the International Union for Conservation of Nature (IUCN) Red List of Threatened Species as being near threatened.