As a Black lawyer she protested a racial slur during a bar association speech after forging a trail as a federal prosecutor in Manhattan. She died of Covid-19. 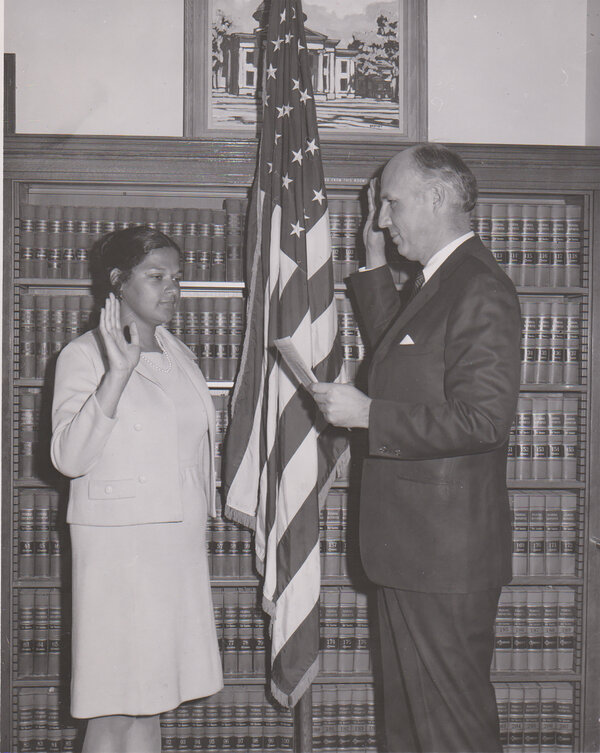 This obituary is part of a series about people who have died in the coronavirus pandemic. Read about others here.

Barbara Ann Rowan, a transplanted New Yorker practicing law in Virginia, was attending an Alexandria Bar Association event in 1982 when a prominent defense lawyer used a racial slur in delivering an after-dinner speech to more than 100 people.

The lawyer drew a standing ovation when the speech ended, but Ms. Rowan, the only Black attorney present, remained seated, The Washington Post reported.

“It was not a pleasant welcome to the Alexandria Bar,” she told The Post. “My goodness, I thought I’d stepped into the last century.”

After Ms. Rowan described the incident to Gerald Bruce Lee, a Black lawyer who had encouraged her to attend the event, he said he organized a group of Black attorneys to send a protest letter to the bar. The bar expressed “deep sorrow” over what it called “a mistake by an old man,” The Post said. The offending lawyer said he would apologize.

The incident helped spur the formation of a new bar group, the Northern Virginia Black Attorneys Association, said Mr. Lee, who went on to hold state and federal judgeships: “We realized we needed to unite and to support each other and to be our own voice.”