Catching up with the poppiest pop star of the moment. 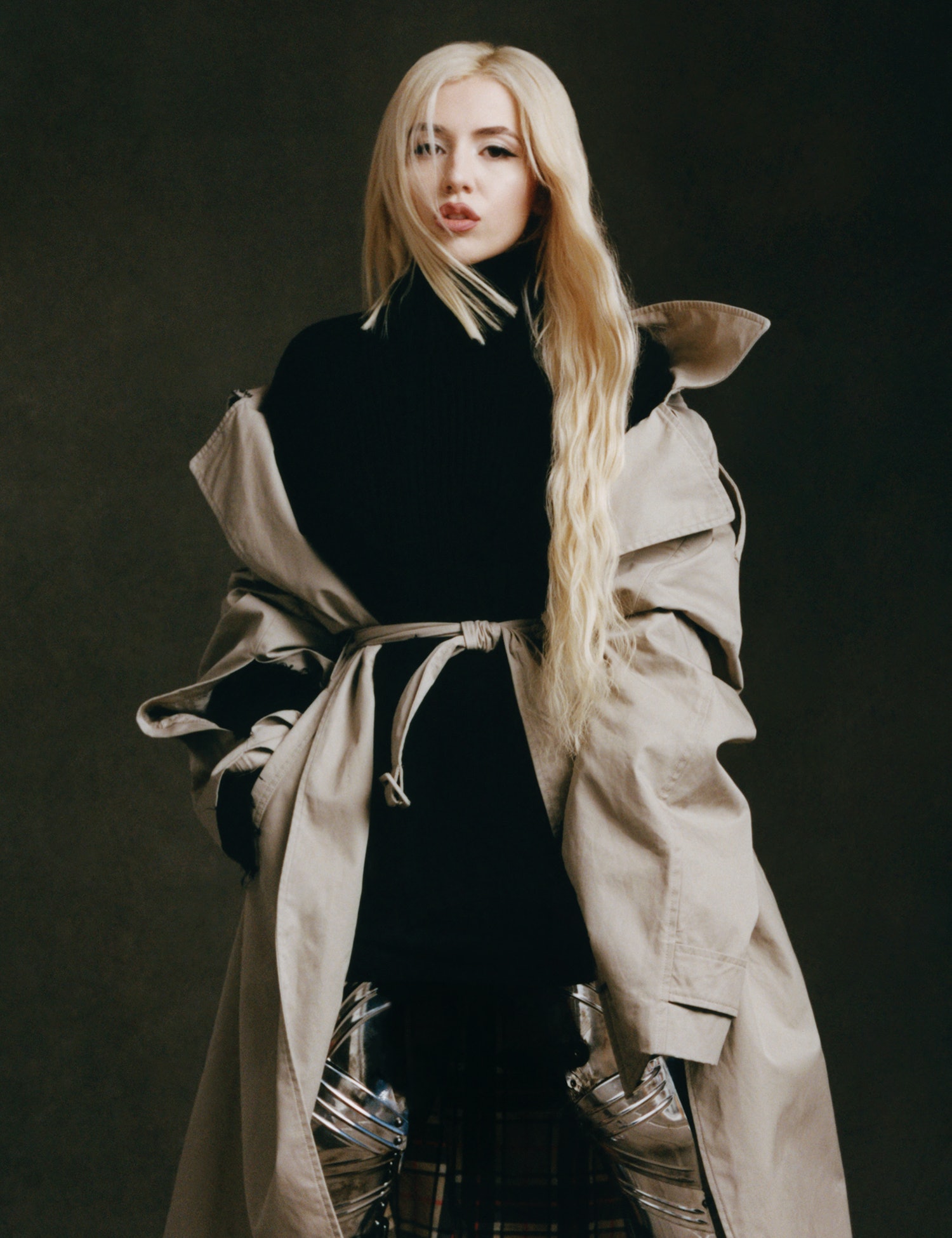 Ava Max’s Heaven & Hell was the most-streamed debut album by a female EDM artist in 2020, and it’s not hard to understand why. Since her debut single, “Sweet But Psycho,” was released in 2018 and promptly went number one in several European countries, the 27-year-old has demonstrated a knack for producing the kind of pop anthems that burrow their way into listeners’ ears. “A great pop writer,” the musical polymath Charli XCX wrote on Twitter earlier this year after spending time in the studio with Max. “Like honestly every melody that came out I was like: woah sick. Genius.” While her 2020 singles “Kings & Queens” and “My Head and My Heart” continue to make waves on the radio, Max just released a new single, “EveryTime I Cry,” yesterday—although we’ll have to wait a while for a new album. For W’s annual Music Issue, Max opened up about her early songwriting attempts, finding sudden success after years of preparation, and connecting with her diehard fans.

It seems like you emerged a few years ago as a fully formed pop star, with a distinctive look and a slate of songs you wrote yourself. What is it that attracted you to the genre?

Growing up, I really loved big pop vocalists like Christina Aguilera and Britney Spears and Whitney Houston and Mariah Carey. I would sing their songs in my basement nonstop. I started doing singing competitions, and when I got onstage for the first time, I fell in love with performing. Then I started songwriting when I was around 13. Around 14, my whole family moved to California for a couple of years in hopes of me getting signed, but that didn’t happen. So I went back east and lived in South Carolina for a few years. Then I moved back to L.A. and met my producer, Cirkut, at a birthday party. It was all very random.

Do you remember some of the earlier songs you wrote?

One of them was called “Treat Me Like a Lady.” What did I know at 13 about being treated like a lady?

Three years ago, your first single, “Sweet but Psycho,” was an especially big hit in Europe. Why do you think you found more popularity there first?

That song literally had a life of its own. It had no marketing behind it, but within a week, it started going No. 1 in the Nordic countries. That was totally a shock.

Pop music fans on Twitter can be notoriously spicy. I always wonder what that’s like for an artist.

I don’t take myself too seriously. You could ask any of my family members, and they’d just be, “Try and hurt her feelings.” I laugh, but sometimes, yes, the tweets do get me. I am human, and I want to reply back, like, “Hi! Hello!”

But you’ve also got some very die-hard fans online.

They always have my back, especially when someone says something bad. The army just comes out.

Some people can get very serious and critical about pop music, but it’s supposed to be music that’s just fun for everyone, really.

And it is. I try to make people think, and to make the lyrics meaningful and authentic. I want to make music that inspires people to work on their goals or achieve something. I want my music to uplift people. I think that’s my No. 1 goal.

Do you have songs that are like that for you?

Destiny’s Child’s “Survivor.” I put it on every time I’m stressed out, and it gets me going.