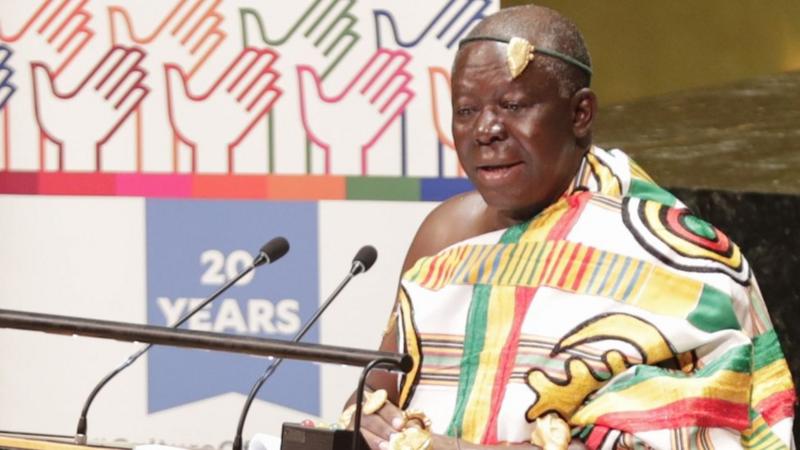 The tenure of Dr Kwame Kyei as executive chairman of Ghanaian giants Asante Kotoko has come to an end, Manhyia Palace has announced.

The Chief of Staff of Asantehene, Kofi Badu, stated in a press statement that Dr Kyei “has submitted the report of his administration for the three years of his mandate.”

The statement comes after world football’s governing body Fifa ruled against the Porcupine Warriors in a row over the non-payment of part of a transfer fee to Tunisian side Esperance for the purchase of Emmanuel Clottey in 2015.

Figures at the club have already said that with money drying up amidst the Covid-19 shutdown, they cannot afford the sum, which is due on 10 May – with the punishment for non-payment set to be relegation to Ghana’s second division.

There has been chaos surrounding the club since the Fifa ruling, with past and present management members involved in accusations and counter-accusations in the media.

The palace says it is ‘’deeply concerned by the acrimony and unedifying attacks on individual officers of the club.’’

But beyond the Fifa fine, the Porcupine Warriors have also failed to meet its regulatory obligations for the Ghanaian Premier League licence.

Excerpts of the statement read: ‘’Considerable controversy has also been generated over the alleged failure of the club to meet the regulatory requirements of the Premier league licensing system for the 2019/2020 season.

The palace has assured fans that there is no danger of the club being allowed to suffer any consequential penalties.”

Asante Kotoko is Ghana’s most successful club, having won the premier league 23 times.