JANET STREET-PORTER: And the award for the most self-indulgent celebrities goes to… As Ukraine burns, shame on the champagne-swigging luvvies partying while the world mourns

As cluster bombs rain down on the innocent population of Ukraine, randomly targeting pregnant women, babies and the elderly, prepare yourself for a tidal wave of insincere gush and heartfelt concern from the entertainment industry.

Ignore the threat of World War 3 led by a President who has lost all reason – the show must go on!

In village halls, community centres, night clubs and pubs all over the country fundraising events for Ukraine are happening this weekend. Singers, dancers, musicians and comedians giving their services for free. There are jumble sales and cake stalls.

Everyone wants to do whatever they can to raise funds help the suffering on the other side of Europe.

Award ceremonies are another matter. 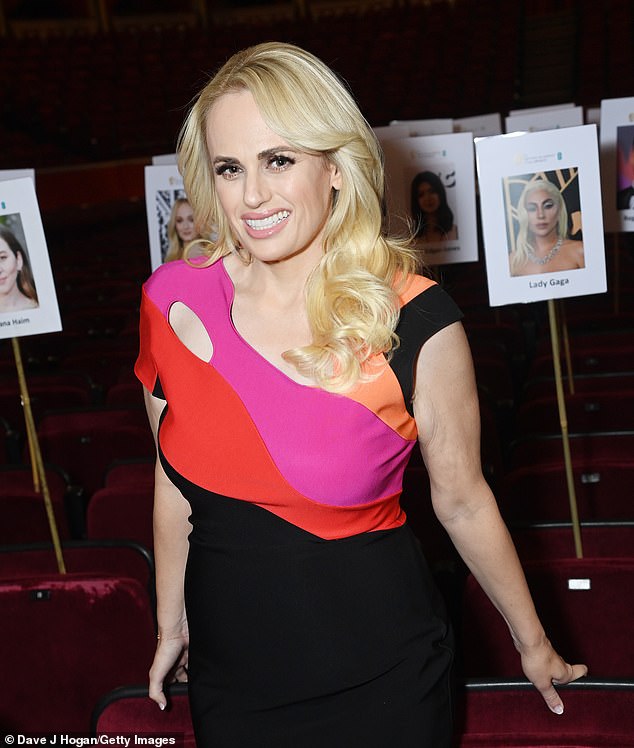 As cluster bombs rain down on the innocent population of Ukraine, randomly targeting pregnant women, babies and the elderly – It’s Academy Awards time once again! Pictured: Rebel Wilson poses at a photo-call ahead of Sunday’s event

They exist to reward luvvies who don’t see anything incongruous or even inappropriate about getting an award for just doing their job. Slinging down the champers, snuffling up the canapes. Making a snivelling speech about how ‘upset’ they are about events in Ukraine.

Celebrating while others are mourning.

They will be pledging to help the afflicted, the marginalised and the sexually fluid all over the world.

They are wearing their hearts on the sleeves of their expensive frocks and beautifully tailored suits- clothing these lucky folk haven’t even had to buy. Gorgeous new shoes and glittering jewellery loaned for the night.

Awards ceremonies are the perfect opportunity for designers, jewellers and even caterers to promote their brands, using the top acting talent to get their names centre stage in the hope that we, the ordinary folk- will want some of it.

The British ceremony will be hosted by Australian star Rebel Wilson, along with AJ Odudu and Tom Allen. Attendees include Benedict Cumberbatch, Kenneth Branagh and Lady Gaga. Prince William has wisely decided not to attend and is sending a ‘supportive’ video message. 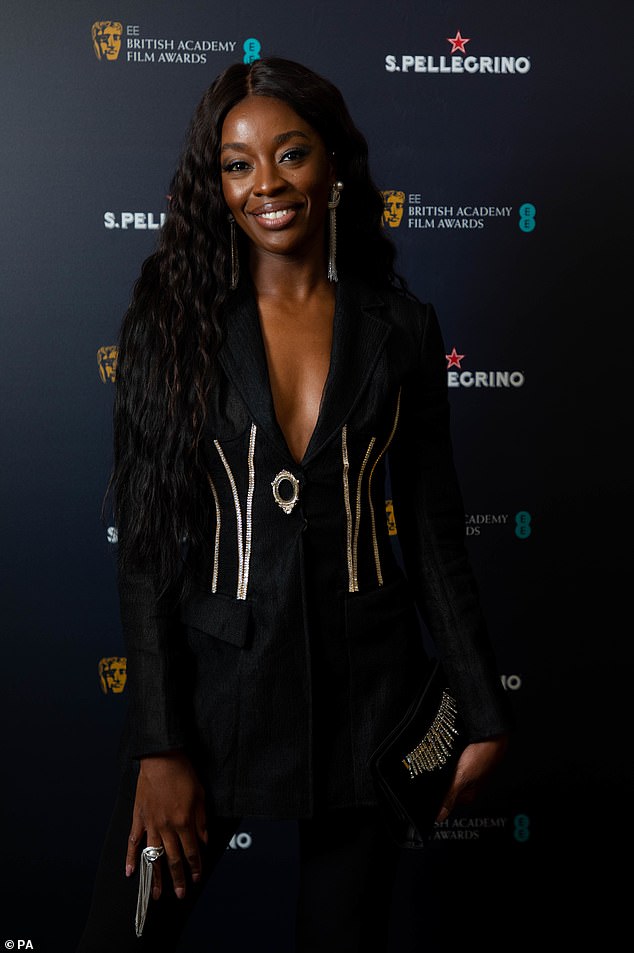 The British ceremony will be hosted by Australian star Rebel Wilson, along with AJ Odudu (pictured at the BAFTA menu preview dinner on Wednesday) and Tom Allen

It’s a lack lustre version of the Oscars which takes place on March 27th repeating the whole process all over again. The same films, the same nominees, the same over made up stars. Only the frocks will be different.

Before any gongs are handed over, there will be hours of posing on the red carpet, simpering to the cameras, and ruthless networking.

It’s business as usual. The organisers clearly believe ‘we’ve got through covid, let’s carry on enjoying ourselves’.

Wouldn’t we respect them more, if someone back at mission control had the guts to stand up and say- ‘let’s call the whole thing off until peace is restored in Ukraine. This backslapping and awarding is grotesque’.

But it won’t happen.

Has no one told the film industry that on the other side of Europe, that while their ceremonies are being televised around the world, millions of people are fighting for their lives, displaced from their homes, their farms, schools and places of work.

Children are walking hundreds of miles to safety through snow with just the clothes on their backs. A pregnant Ukranian woman hit by debris from a bomb had her picture plastered on social media by Russian propagandists with ‘fake news’ stamped in red across her bloody face.

That ‘fake’ victim gave birth to her baby and is recovering, but the maternity hospital lies in ruins.

In these circumstances, isn’t it rather inappropriate, not to mention distasteful- to spend hours primping and painting your face to walk down a red carpet and pose to promote- a movie? 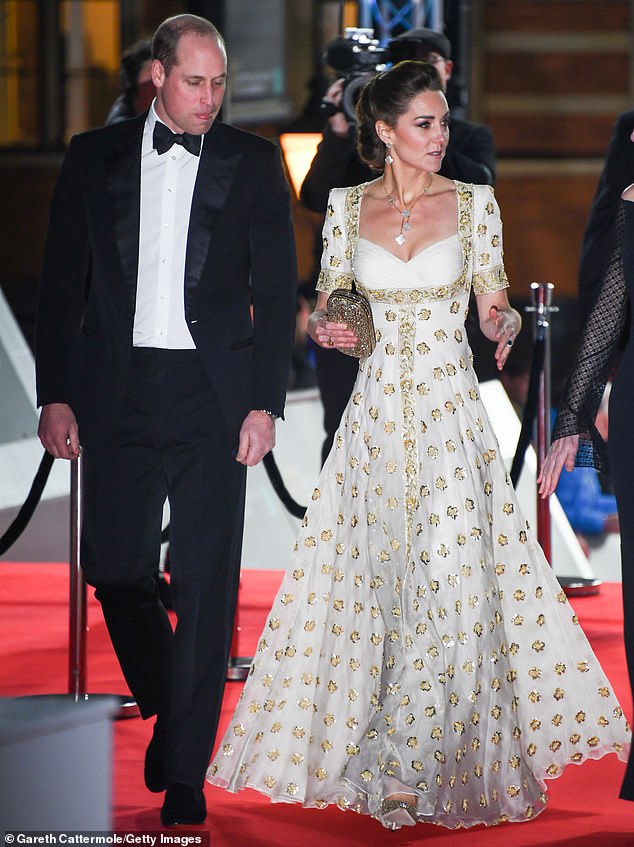 Isn’t there a better, more respectful place to be than swigging champagne and pretending all is well in the glossy and somewhat shallow world of entertainment, when the nightly news shows us a very different reality?

In the real world, a long way from the red carpet and Shirley Bassey belting out a medley of James Bond songs, people are driving across borders to sit on the other side of the channel, waiting in shabby hostels for a visa to join relatives in the UK.

And Poland isn’t just a cheap location for action movies but a place where ordinary men and woman have opened their homes to refugees without a second thought.

The war has brought out the very best in many countries where the standard of living is so much more pinched than our own.

Rural societies where farmers have made up beds in their simple homes to accommodate women and children who have left their husbands and partners behind to fight. 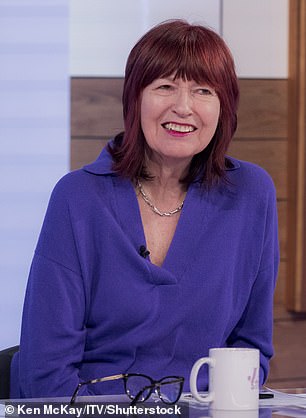 It’s brought out the best in the British too – our hearts are heaving with emotion, and we have donated millions to the disaster relief committees. People are desperate to help and offer a welcome, in spite of our inept and disorganised politicians.

Meanwhile, in the fake world of movie award ceremonies, life must go on as normal.

Bigger is better in the modern film business. Films are routinely three hours long, showcasing the antics of super-heroes as they battle malevolent intruders.

But events in Ukraine have overtaken the flim flam of Hollywood and that battle for good over evil is being fought in Ukraine without a lighting director or costume designer in sight.

The Oscar nominees’ lunch in Los Angeles earlier this week was attended by Javier Barden and Penelope Cruz.

Very little of the delicious food was eaten- director Thomas Paul Anderson complained that everyone at his table got up and spent their time networking and pressing flesh leaving him alone.

He joked ‘I thought I was coming to lunch, so I didn’t eat first’. Conspicuous waste doesn’t bother Academy Award attendees, but that food (or the cash that paid for it) would have been welcome in Ukraine.

Not to be outdone, the BAFTA nominees attended a glamorous dinner in London this Friday and Judi Dench, Tess Daly and Vernon Kay pitched up. 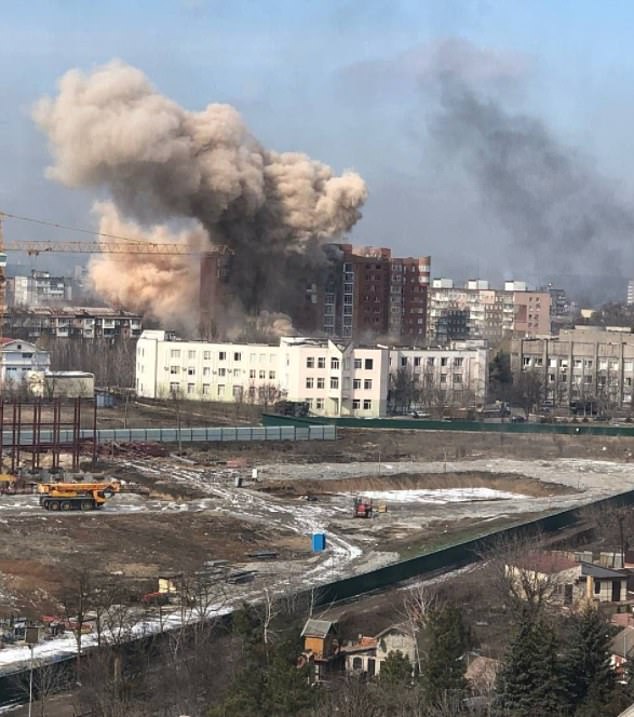 Surely it’s time to cancel these events and send the money to disaster committees? Pictured: Plumes of smoke billow from a building in the strategic port city of Mariupol

The organisation of the 94th Academy Awards is far more sophisticated than President Putin’s war strategy.

Food for the Governor’s Ball (which follows the ceremony) will be provided by legendary chef and Beverly Hills favourite Wolfgang Puck, and (in a nod to criticisms that the event was too white) a company called Ghetto Gastro who claim their food addresses ‘race, identity and empowerment’…

In Mariupol, there’s no food, no water, no electricity. How does it feel stuffing down a mini pizza when you know that not far away families are sharing sandwiches donated by the few aid agencies who have managed to penetrate the blockade?

Oscar nominees can look forward to $100,000 goodie bags containing vouchers for liposuction, bottles of gold-infused olive oil, a stay in a luxury castle, and the deeds to a plot of land in Scotland.

Even attendees to the low-key British event can expect plenty of freebies, from cosmetics to travel vouchers.

With the threat of a nuclear disaster and the use of chemical weapons in Ukraine, surely it’s time to cancel these events and send the money to disaster committees?

Anything to avoid the sight of a parade of self-centred luvvies making sure how much we know they understand the suffering of the people of Ukraine as they swig another glass of Miraval rose champagne.