BUKAYO SAKA is set to be rewarded for his courage in the Euro 2020 final by being given the Freedom of Ealing.

Born in the London borough in 2001, the England star will become the youngest-ever person to receive the honour. 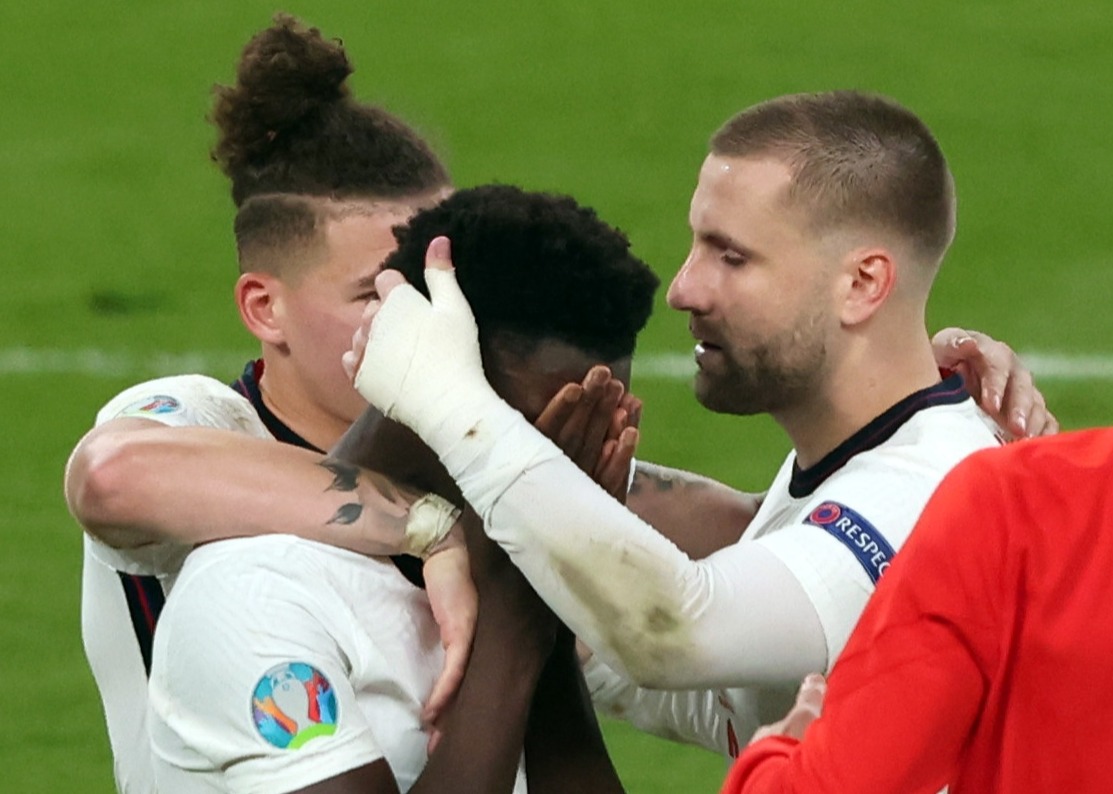 Local council bosses have nominated the teenager following his penalty miss for the Three Lions against Italy, which was met with a wealth of support from across the country amid sickening racist attacks online.

Arsenal heroes including Ian Wright and Pierre-Emerick Aubameyang have sent messages to Saka with the likes of Harry Maguire, Prince William and Lewis Hamilton also speaking out.

Ealing Council are the latest to pay tribute to Saka's bravery in stepping up for his country.

He said: “Just a few short years ago, Bukayo Saka was playing football on the Brentside Playing Fields and on the pitches at Greenford High.

“Everyone in Ealing shares an incredible sense of pride that one of our own represented England at Wembley on Sunday.

“His is a remarkable story of talent and achievement that everyone can take hope, inspiration and encouragement from.

“Neither he nor any of the England squad should be subjected to the intolerant, racist abuse as they have been in the last 48 hours.

“We don’t boo our heroes. We honour them.

“I’m delighted therefore to nominate him to be the youngest ever recipient of the Freedom of the Borough.

“I hope this will send a clear message that Saka is Ealing’s own, that we are proud of him, and that is one of our heroes.”

Saka was received huge support from his local area since making the step from Greenford Celtic to Arsenal.

Greenford High School said on Twitter: "So, so proud of Bukayo Saka and the England team. This will not define you Bukayo, you have brought this tournament to life. See you for the World Cup next year."

COMPETITION: WIN ONE OF FOUR SUPERCARS OR A DREAM CAR AND £100k IN CASH

And council leader Mr Mason added: “The entire England team has been an inspiration, both on and off the pitch, and shown our country how to pull together, not apart, even under the most unimaginable pressure.

“Saka and his team-mates have embodied Ealing’s motto: 'Progress with Unity'.

“We thank all the squad and the team around them, and look forward to seeing them in action in the run-up to the World Cup next year.”