With the Gunners without European football for the first time since the 1995-96 season, Mikel Arteta has made it his mission to bolster his side. 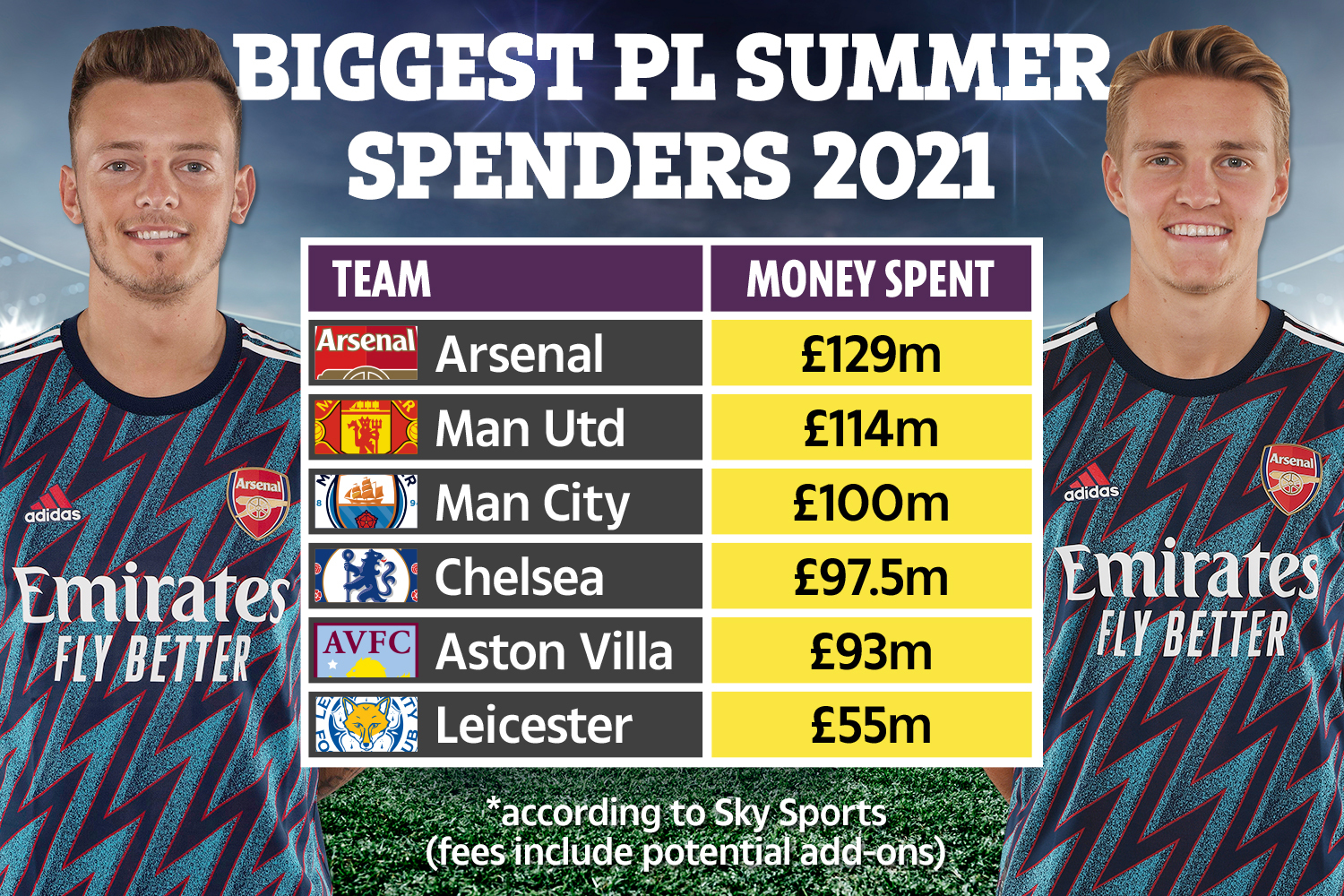 Left-back Nuno Tavares was the North Londoners' first arrival after he joined from Benfica for £8million.

Belgian midfielder Albert Sambi Lokonga was then signed from Anderlecht for £17m, before Arsenal splashed out £50m to bring in Ben White from Brighton.

And according to Sky Sports, Arsenal have forked out £129m on the five players – £15m more than Manchester United have spent so far.

Manchester City [£100m] and Chelsea [£97.5m] complete the top four, though they have spent money on just one player each.

Next up is Aston Villa who have spent £93m of the money the received from Jack Grealish's sale to the Citizens.

Leicester follow in sixth spot having forked out £55m on the likes of Patson Daka, Jannik Vestergaard and Boubakary Soumare.

Despite Arsenal's spending spree, fans believe it will take more transfer windows and cash injections to improve their squad.

One user tweeted: "Arsenal would need at least four summers back to back like this to get back into top four."

Another said: "Arsenal winning the transfer window but winning games is where they draw the line."

A third added: "Only Arsenal can spend £129million and barely improve…"

One then commented: "Yet none of these signings will improve us WTF is wrong with my football club and their recruiting department."

Another remarked: "How did Arsenal spend most and their [sic] worse off?"

And Arsenal's spending could continue with Arteta declaring that the club still have things to do before the window slams shut at the end of the month.