ARSENAL are worried that they could lose Martin Odegaard as a result of withdrawing from the European Super League.

The Norwegian star has had a major impact at the Emirates since arriving on loan from Real Madrid in January. 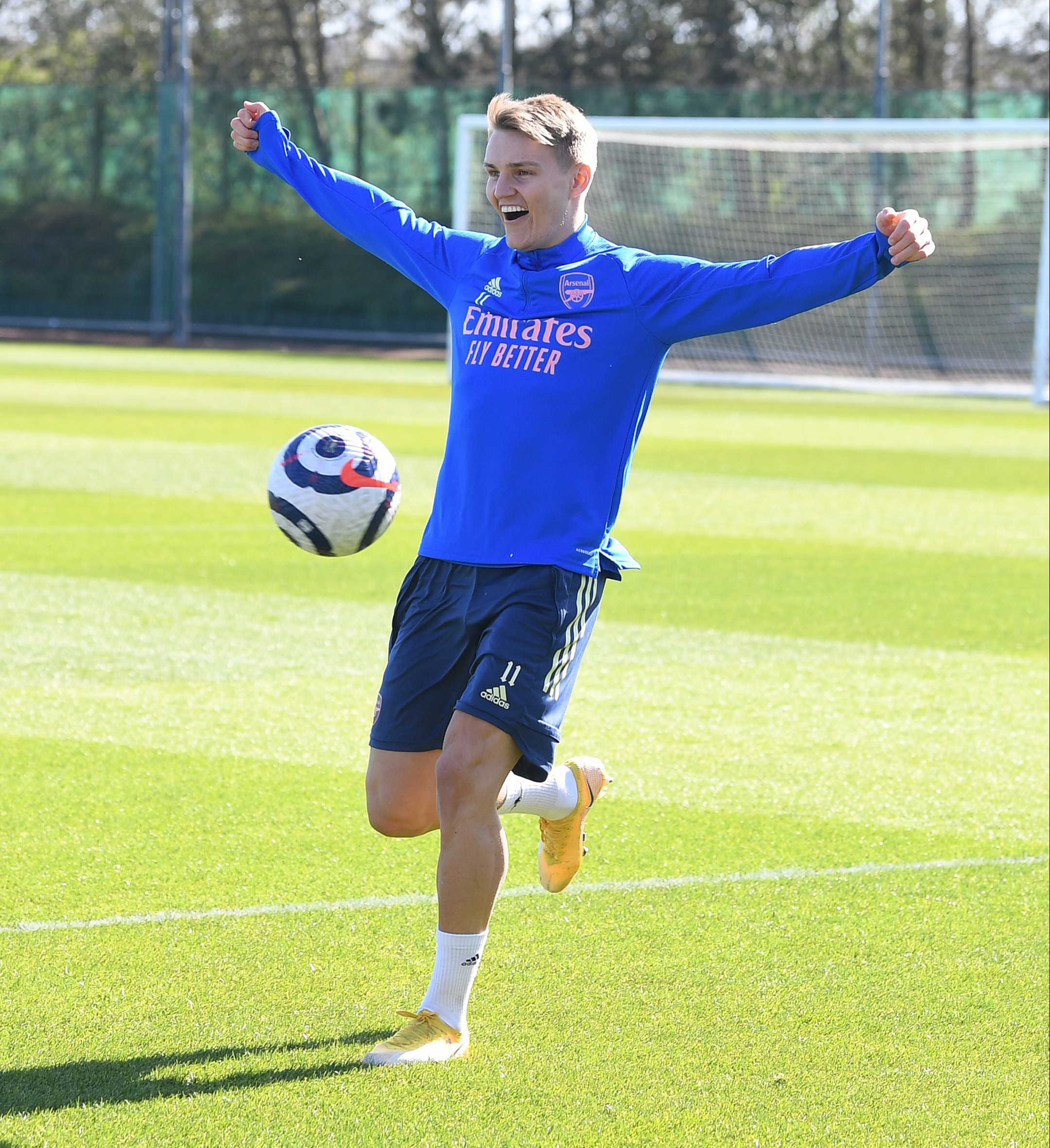 And now Gunners boss Mikel Arteta is keen to strike a permanent deal for the playmaker, 22, at the end of the season.

But Real president Florentino Perez is furious with the six English clubs who withdrew from the ESL this week — and is in no mood to grant any favours to any teams he feels have betrayed him.

Perez, the chief architect of the breakaway Super League, has stubbornly refused to give up on his grand scheme and blamed “old people who got scared” for the U-turn by the Premier League clubs.

And that anger is likely to rebound on Arsenal when they try to open negotiations for Odegaard in the coming weeks.

Arteta will not know how much money he will have for new signings until the issue of European qualification is settled.

Arsenal paid out a £1.8million loan fee for Odegaard in January and were hoping to agree a permanent transfer in the region of £25m.

But now they fear the asking price is set to soar beyond their price range for a player who only cost Real £3m when he signed from Stromsgodset in 2015.

Odegaard recently said: “I am really happy at Arsenal. I’ve felt at home since the first day and I get on really well with everyone at the club.”

He is reluctant to return to the Bernabeu after managing just 11 appearances in six years.

Arsenal also have Dani Ceballos on loan from Real but are not expected to push for a permanent deal for the Spaniard.