ARSENAL fans have been left incensed after Pierre-Emerick Aubameyang was pictured laughing following the Gunners' defeat to Manchester City.

Arsenal lost 1-0 at the Etihad on Saturday and supporters took to social media in droves to criticise Aubameyang. 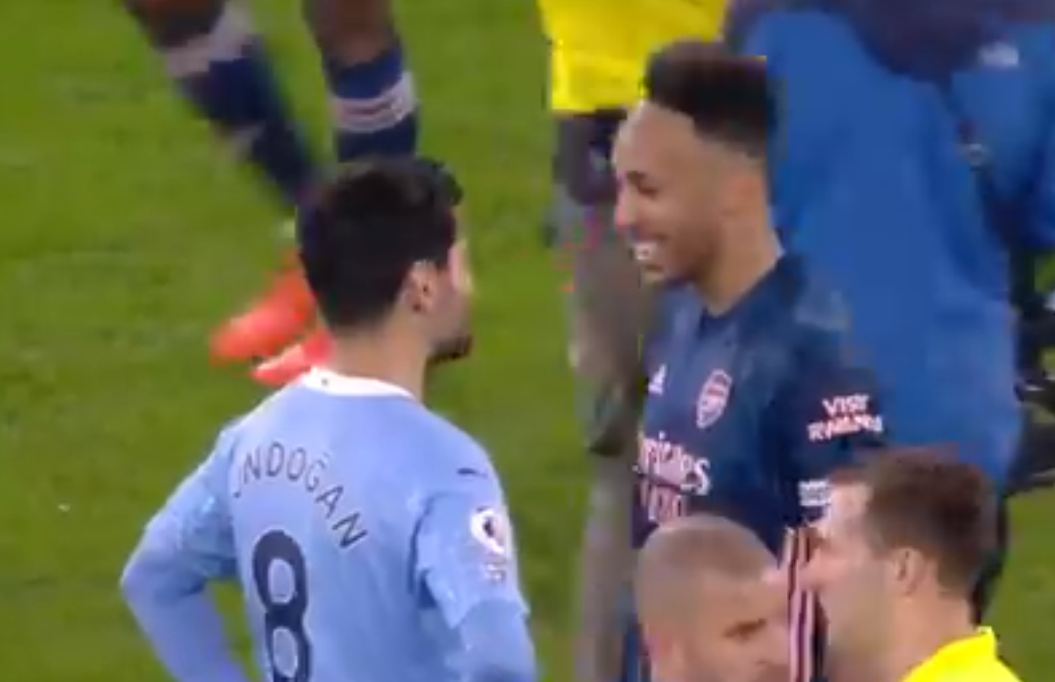 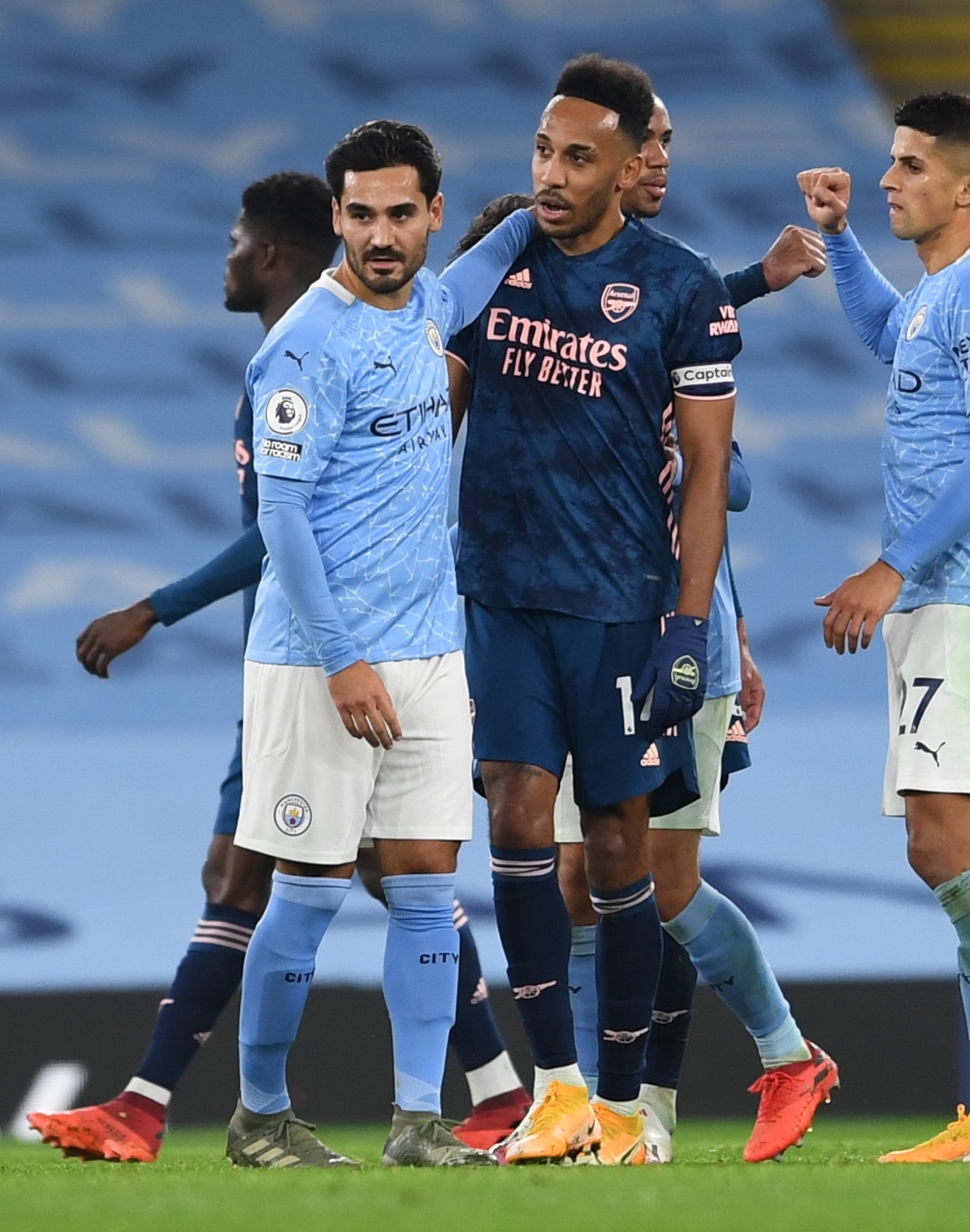 The Arsenal captain appeared to share a joke with Man City's Ilkay Gundogan after the final whistle.

The pair exchanged a few words and a chuckle on the pitch before heading down the tunnel.

One Arsenal fan fumed: "Why the f*** is he so happy. We just lost with an abysmal display with almost no players actually being asked to do anything."

Another tweeted: "Surely could have waited till he was down the tunnel at least. I don’t care what he does just a time and a place to be having a laugh."

One supporter commented: "Auba standing chatting and having a laugh with a City player after a defeat is simply not acceptable."

Another added with tongue in cheek: "Xhaka would never."

Several Arsenal fans also commented how Mesut Ozil would have received much harsher treatment from supporters had he been the guilty party.

Though now on opposite sides of the Arsenal-Man City divide, Aubameyang and Gundogan played together at Borussia Dortmund between 2013 and 2016.

Raheem Sterling's 23rd-minute goal was all that separated the two sides in a fascinating Premier League encounter.

Aubameyang was kept relatively quiet by City and his sole opportunity was saved by Ederson one-on-one before being called back for offside – though replays showed the decision would have been overturned had the Gabonese forward managed to score.

Arsenal will be hoping to bounce back from defeat to City when they visit Rapid Vienna in the Europa League on Thursday night.

Related posts:
Fashion News
These Lucky Booties Have 900 Reviews — And Now Start at 30% Off
Lori Loughlin Begins Prison Sentence in College Admissions Scandal
Boots launch waitlist for HUGE Soap & Glory Star Gift alongside festive deals – here's how to sign up
At First He Ghosted, Then They Became a Couple
Get ready for Halloween with last-minute kids' costumes on a budget
Recent Posts
This website uses cookies to improve your user experience and to provide you with advertisements that are relevant to your interests. By continuing to browse the site you are agreeing to our use of cookies.Ok