Former Trump Senior Economic Adviser Steve Moore argues some progress in U.S.-China relations has been lost due to the coronavirus.

A University of Arkansas professor was accused of failing to disclose his “close ties” to China – as was required – to receive grant money from NASA, the Justice Department announced late Monday.

Simon Saw-Teong Ang, 63, of Fayetteville, Arkansas, was arrested by the federal government on May 8 and charged with a single count of wire fraud for failing to make the disclosure on an application for a NASA grant, according to a statement Monday from the FBI and U.S. Attorney's Office in Little Rock, Arkansas.

US TO ACCUSE CHINA OF ATTEMPTS TO HACK CORONAVIRUS RESEARCH

Such materially false representations to NASA and to the university led to numerous wire messages that facilitated a scheme to defraud, a federal complaint states.

A university spokeswoman said the school suspended Ang without pay and is cooperating with federal investigators.

US PORK EXPORTS TO CHINA CONTINUE TO RISE

An affidavit pertaining to Ang's arrest, which was posted online by ArkansasOnline.com, describes the professor and researcher as having "close ties to the Chinese government and employment with numerous Chinese companies."

Ang worked for the university since the fall of 1988 and most recently served as the director of the school's High Density Electronics Center, which, in addition to its own projects, performs government-funded research, court papers state.

He was either the “primary investigator or co-investigator” on government-funded grants totaling roughly $5,064,861.59 since 2013, the affidavit states.

Ang allegedly “held other positions at a Chinese university and Chinese companies,” which violated the university’s policies, and “made false statements and failed to report his outside employment.” 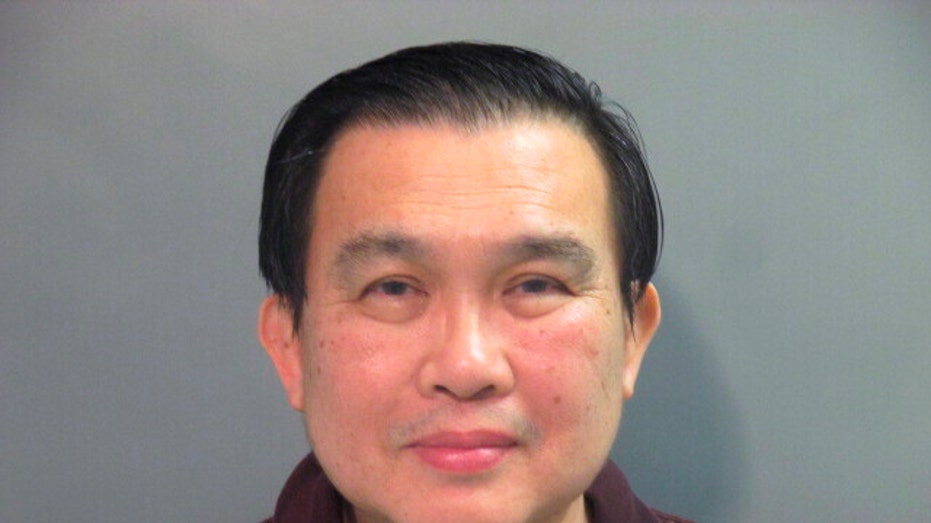 His alleged plot was foiled after a university staff member found a hard drive that was left at a campus library, which was ultimately linked to Ang and a September 2018 email conversation between him and a visiting researcher from China.

In the seemingly frantic message, Ang scolds the unidentified researcher for sending an email to an allegedly secret address while also copying his university address, according to court papers.

In a different, unrelated email to the researcher on Sept. 15, 2018, Ang discusses how “things” are becoming difficult for him “because of the political climate.”

“You can search the Chinese website regarding what the US will do to Thousand Talent Scholars,” he told the researcher, according to court papers. “Not many people here know I am one of them, but if this leaks out, my job here will be in deep troubles… After you read this e-mail, please delete for safety sake as any email can be retrieved.”

The government describes these “talent recruitment programs” as being “a vital part of a Chinese government national strategy to enhance Chinese civilization and military programs in key areas critical to China’s development," according to the affidavit.

PRESSURE RAMPS UP ON CHINA AFTER REPORT IT WITHHELD CORONAVIRUS INFORMATION

Also known as “talent plans,” the government further explains how they target employees in certain fields, such as science and engineering, “to bring foreign research and technology with them to Chinese universities, business, and state-owned enterprises in China.”

As of Monday night, Ang was being held without bond in Fayetville’s Washington County Detention Center. If convicted, he faces up to 20 years in prison.

The FBI has reportedly been reaching out to colleges and universities across the country as it tries to stem what American authorities portray as the wholesale theft of technology and trade secrets by researchers tapped by China.