New research published today (June 8) has presented evidence of so-called charm mesons shifting between their matter and antimatter states. The groundbreaking discovery was made possible by the work of UK scientists at the European Organization for Nuclear Research (CERN) in Geneva, Switzerland. Ultra-precise measurements made using the Large Hadron Collider beauty experiment (LHCb) have revealed charm mesons can exist in a state of quantum superposition.

In simpler terms, the subatomic particle can exist as itself or as its antimatter equivalent at once.

Charm masons are a type of subatomic particles that contain a quark – an elementary constituent of matter – and an anti-quark – the particle’s mirror image.

In the weird and wonderful world of particle physics, antimatter or antiparticles are the exact opposite of normal matter.

The negatively charged electron, for instance, has an antimatter equivalent known as the positron, which has the same mass but a positive charge.

For more than 10 years now, scientists have known charm mesons can travel as a mixture of their particle and antimatter states – so-called mixing. 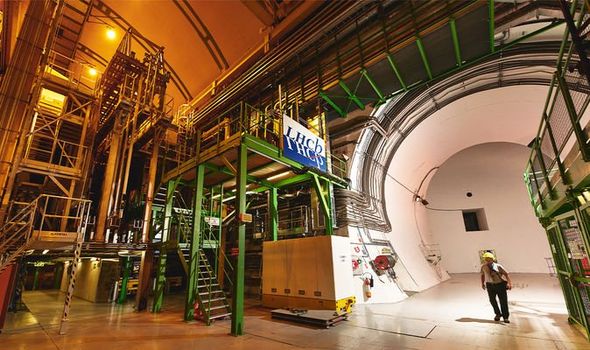 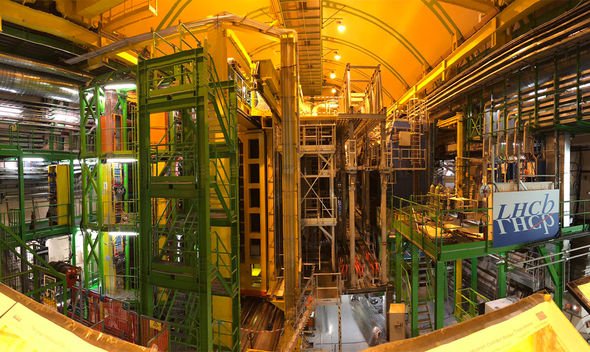 But the latest discovery at CERN has proven beyond a shadow of a doubt that charm mesons oscillate between the two states.

When this happens, quantum superposition produces two particles each with their own mass – one heavier and one lighter.

The superposition allows the charm meson to then switch or oscillate back and forth between the matter and antimatter.

The research was submitted to the journal Physical Review Letters and can be previewed on the pre-print server arXiv.org and has received funding from the Science and Technology Facilities Council (STFC).

The collected data has crossed the “five sigma” level of statistical significance needed to claim a discovery.

To put the gravity of the discovery into perspective, researchers at the University of Oxford had to measure the difference in mass between the two particles.

What is the Large Hadron Collider?

This was made possible with the help of new techniques developed by researchers at the University of Warwick.

The scientists were able to make the measurement thanks to the reams of data collected by the LHCb – one of the large particle detectors along the 17-mile-long (27km) Large Hadron Collider.

The LHC, which sits just outside of Geneve runs in a great circle under Switzerland and France.

Within the giant device, scientists accelerate particles to near the speed of light and smash them together to simulate what happened to matter in the Big Bang.

Professor Guy Wilkinson at the University of Oxford, whose team made a contribution to the analysis, said: “What makes this discovery of oscillation in the charm meson particle so impressive is that, unlike the beauty mesons, the oscillation is very slow and therefore extremely difficult to measure within the time that it takes the meson to decay.

“This result shows the oscillations are so slow that the vast majority of particles will decay before they have a chance to oscillate. 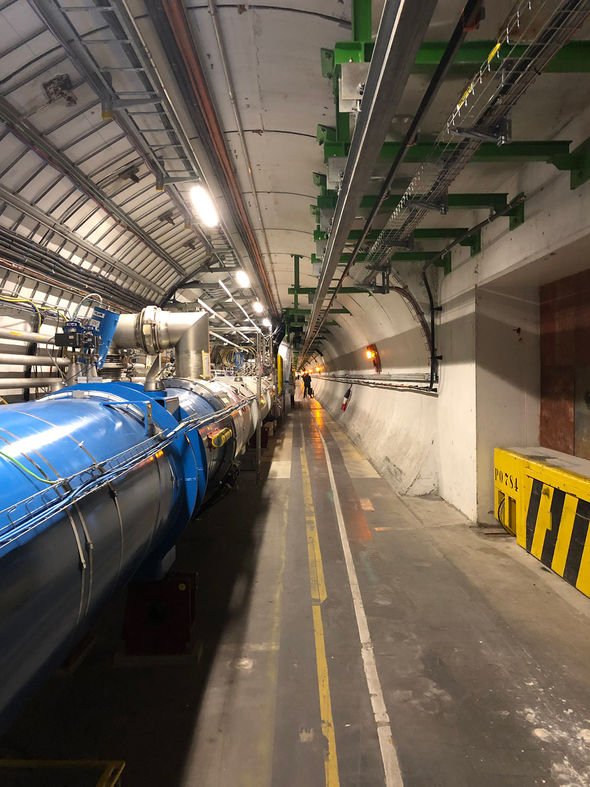 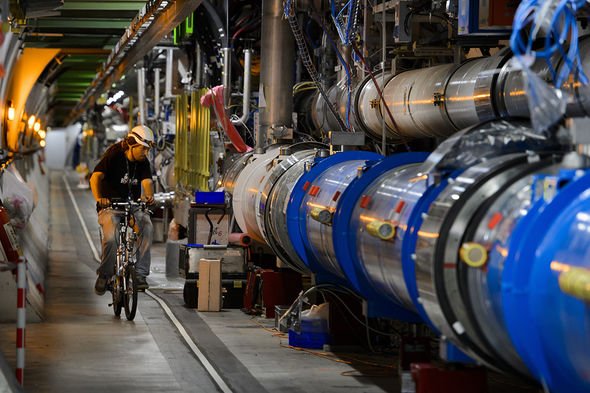 “However, we are able to confirm this as a discovery because LHCb has collected so much data.”

Professor Tim Gershon at the University of Warwick, who developed the analytical technique used in the measurements, said: “Charm meson particles are produced in proton–proton collisions and they travel on average only a few millimetres before transforming, or decaying, into other particles.

“By comparing the charm meson particles that decay after travelling a short distance with those that travel a little further, we have been able to measure the key quantity that controls the speed of the charm meson oscillation into anti-charm meson – the difference in mass between the heavier and lighter versions of charm meson.”

The scientists are hopeful the discovery will open up a whole new world of research.

The charm meson oscillation may even offer some insight into the matter-antimatter asymmetry – one of the biggest mysteries of the cosmos.

But looking at the Universe today, scientists see very little amounts of antimatter going around.

Researchers across the globe are trying to understand what led to this imbalance.

Dr Mark Williams at the University of Edinburgh, who convened the LHCb Charm Physics Group within which the research was performed, said:

“Tiny measurements like this can tell you big things about the Universe that you didn’t expect.”

Dr Williams was involved in another exciting discovery at the LHCb that hinted at the possibility of new physics.