The heavyweight champion raised serious concerns when he rocked up to a Black Lives Matter march wearing a knee brace. 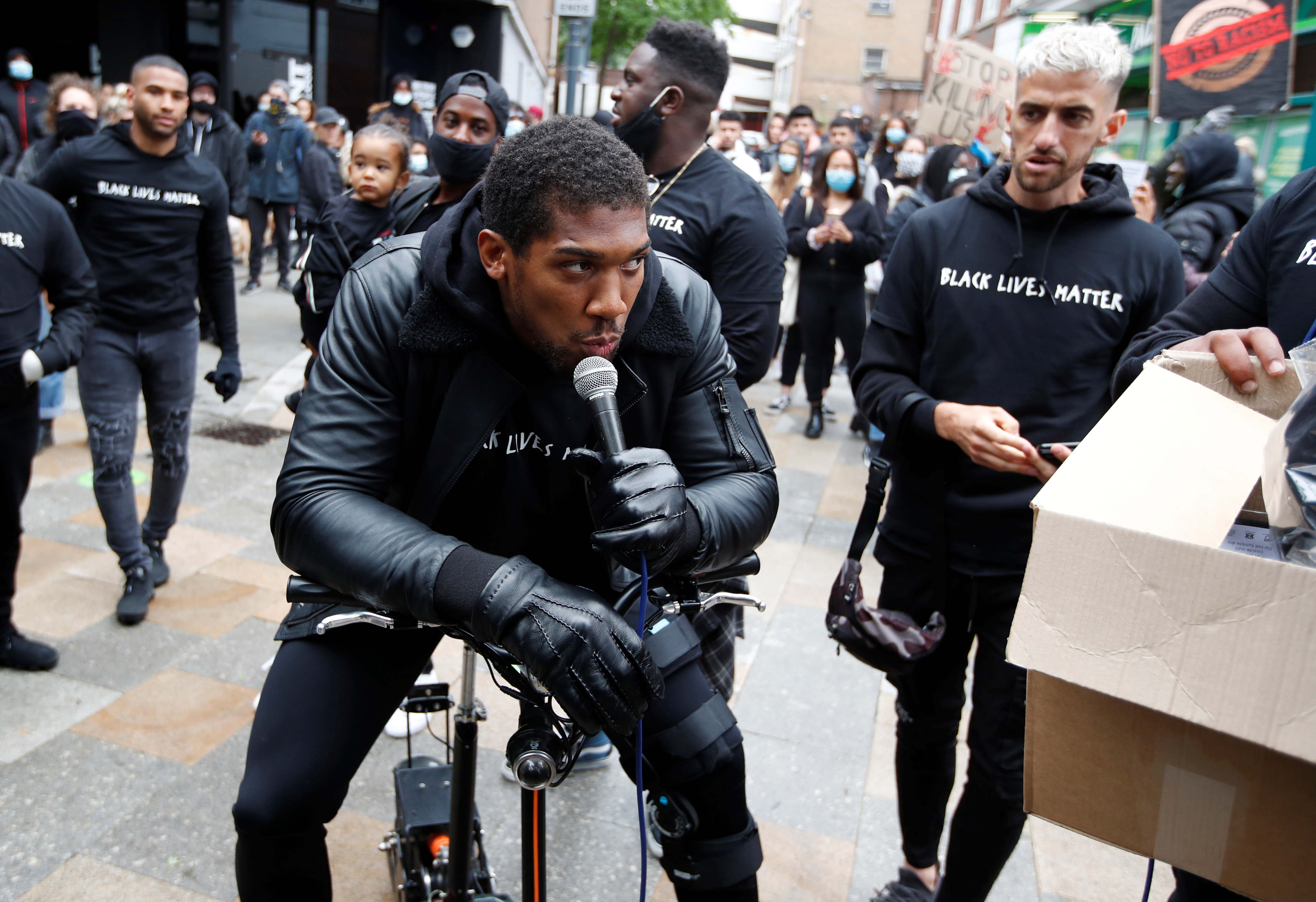 American heavyweight Charles Martin has already vowed to step in for AJ if he is unable to fight Pulev.

Hearn revealed Joshua has been advised against doing any running or heavy work for a few weeks.

But the Matchroom promoter does not expect the "tweak" to have any impact on the 30-year-old's career.

He told Sky Sports: "When you're on crutches with your leg in a brace it is never great, but it's not something that will affect his 2020 career or his career at all.

"He will have [the brace] on for three or four weeks just to make sure he is good to go to resume training.

"He tweaked the inside of his knee. He's had scans. No surgery, so that's good news.

"He's got to make sure he doesn't do any running or heavy work over the next few weeks."

Hearn confirmed this week that AJ and Tyson Fury have agreed terms to fight twice in 2021.

The promoter has plans in place for Joshua to face mandatory challenger Pulev at the end of the year before turning his attention to the Gypsy King.

He added: "In our minds [Joshua vs Pulev] happens in November.

"We know that Deontay Wilder's side are working on the Fury fight.

"We have Dillian Whyte hopefully fighting at our headquarters in August against Alexander Povetkin.

"There are talks to stage the Pulev fight around November.

"That's the fight that is next. It's the IBF mandatory.

"We want to make sure that, when a Joshua-Fury fight does happen, it is for all of the belts.

"The undisputed heavyweight championship of the world."

But the Watford-born superstar faces being stripped off his WBO world title if he faces Fury before Oleksandar Usyk.

WBO president Paco Valvarcel has insisted the Ukrainian is next in line for a shot at the belts as he is the mandatory challenger.