Your next luxury guitar may not be made of treasured mahogany from the forests in Guatemala, nor from the long-revered rosewood of India — but from the lumber of a tree off the side of a Los Angeles highway.

Taylor Guitars, one of the most well-known acoustic guitar manufacturers in the world, is beginning to integrate urban wood — sourced from trees found in cities rather than from industrial suppliers or faraway overseas locales — into its guitar manufacturing. The company has been developing the new process for months, due to tightening global regulations around the use of exotic woods and a desire to be more sustainable with its production process. While urban wood is often considered less attractive by manufacturers, Taylor is taking the opposite approach: It’s building high-end, $3,000 guitars with the material.

“We have vision for the future. The new world is coming, and we have to face the inevitable,” Taylor Guitars’ founder and longtime president Bob Taylor tells Rolling Stone. “In 1835, if I was a whaler, I could stop by the Galápagos and I could’ve thrown a bunch of turtles on board and I could eat them later, and there was nothing wrong with that then. But we know everything that’s wrong with it now. A hundred years ago, the forest was logged just fine, but the closer we get to today, it’s being logged worse and worse. The situation has changed, and what do we do with the situation now?”

The more common woods typically used for guitars — mahogany, maple, and rosewood among them — are the industry standard, and the few times a guitar maker goes an untraditional route, it’s typically been done as a one-off gimmick. That’s not the case here, Taylor says. The exotic tonewoods that luthiers have used for decades are becoming more complicated to source with increasing environmental legislation, and eventually, they may not be accessible enough in quantities needed for mass production of instruments.

Hoping for a longer term sustainable solution, Taylor started wondering if the trees found in urban environments could be used for high-end instruments. He sicced Scott Paul, Taylor’s director of natural resource sustainability, on the case — and extensive searching and testing posed an answer. The new material, which Taylor is calling “Urban Ash,” is being sourced from Mexican Shamel Ash trees planted throughout California just after the WWII era. The trees are nearing the end of their life cycle and need to be chopped down anyway — perfect for a guitar maker.

It’s a high-quality wood too, Taylor says. There’s a large supply, two truckloads of the wood is enough for 4,000 guitars, and the company can continue using the supply for the foreseeable future — although it’s unclear how much of wood from the existing trees meet its requirements for instruments.

The guitar-playing audience can be resistant to change, as shown through the infamously mixed reception on Gibson’s high-tech self-tuning guitars from the mid-2010s. While the community can be a fickle group when it comes to modifying the formula, Taylor says he doesn’t think it will be difficult to sell players on the new woods, based on the company’s consistent reputation in making high-quality guitars. The company has sold 750 of the pricy guitars so far and expect to surpass 1,000 by the end of April.

“The world is changing very fast. A decade ago, everybody shut their eyes and reached into the grab bag and pulled out the forest products they needed, and it was no problem because it was what we’d done for 200 years,” Paul says. “All of this infrastructure is coming into place, not by accident, but because the world is changing quickly in terms of the natural resources we have used without a forethought for hundreds of years. Ultimately the species we use or don’t use today may be very different in as little as 10 years. That’s why this concept of urban wood and a new source to get wood may be increasingly important in coming decades.” 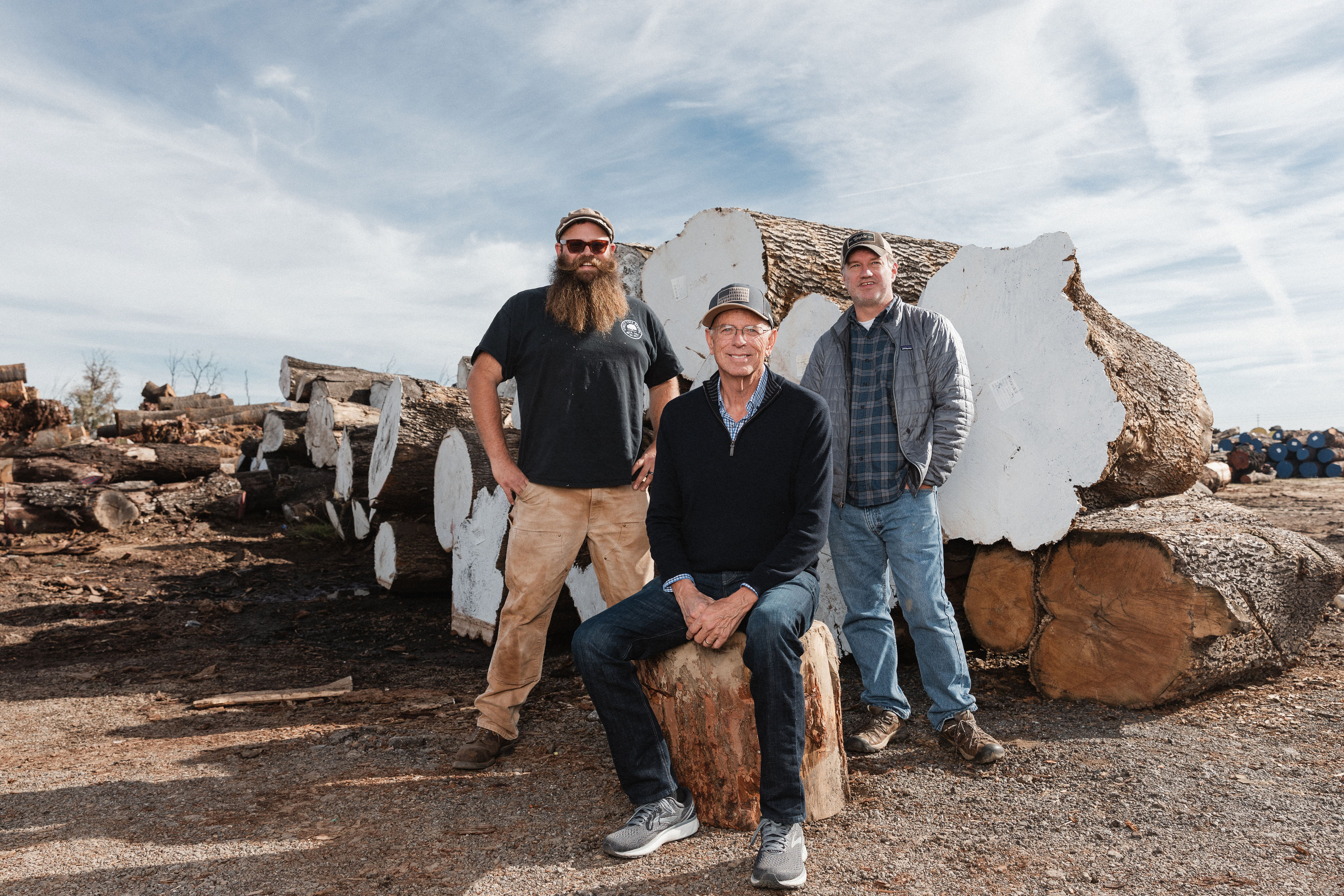 Taylor, based out of El Cajon, California, searched around the world for a potential urban wood supplier — and the best option was practically in their backyard via Southern California company West Coast Arborists. WCA handles tree removal for 280 municipalities and cities, and it keeps a meticulous database on all 7 million trees within its jurisdiction, from their species to lifespan. When it’s time for a tree to be removed, it’s WCA’s job to figure out what to do with the wood. WCA has run an urban wood program for 25 years, ramping it up more recently. For every tree chopped down, WCA tries to plant two more, the arborist says. It used to dump the trees in landfills, but years ago, officials instituted a fee to offset the trees, so they started making mulch and firewood instead.

There’s plenty of high-quality wood, says WCA urban wood supervisor “Big” John Mahoney, but urban trees have often been looked at as inferior material to the exotic woods from abroad, so demand has been low. Interest has slowly increased, Mahoney says, and other companies like furniture maker Room and Board have gone to WCA for materials — but there’s intense room for growth, and a prominent guitar maker like Taylor can help popularize the practice both for WCA individually and across the country.

“Showing off what this wood could be really helps further the movement. When we first started, urban wood had a stigma about it .. If people think it wouldn’t be any good, I’ve got a tune I can strum for ‘em.” — WCA urban wood supervisor “Big” John Mahoney

“Showing off what this wood could be really helps further the movement. When we first started, urban wood had a stigma about it,” Mahoney says. “‘It can’t be good, they’re subpar trees,’ people usually think. Taylor building a high-end guitar proves that stigma wrong. If people think it wouldn’t be any good, I’ve got a tune I can strum for ‘em.”

Annually, Taylor manufactures over 160,000 guitars, making the urban wood initiative right now a small part of its output. Tropical tonewoods aren’t going anywhere yet, the company says, and Taylor has to be careful on where it prioritizes wood. Taylor’s Mahogany, for example, is sourced from small villages in Guatemala, and the company keeps the demand in the area. Pulling resources can lead to further deforestation, according to Paul. Paul also acknowledges that while high-quality guitars can be made through urban woods, some of the highest-quality materials still come from elsewhere.

It will take time, and wider adoption across the industry, before urban wood can make a larger dent. And for the largest manufacturers churning out significantly more guitars each day than Taylor, there likely wouldn’t be enough volume to meet their need. But that’s not to say other guitar makers haven’t shown interest; Mahoney says Fender, one of the biggest and most well-known guitar brands in the world, has worked with experimented with WCA wood as well, and while he declined to give specifics, Mahoney said other guitar companies are now gauging interest for projects too.

“There’s endless potential, you’re only limited by your creativity,” Mahoney says. “What are we planting? Let’s plant more of these woods for the future. It’s been a discounted resource just going in the trash. The writing’s on the wall, exotic woods are not going to be so available in 20 years. We don’t need to go too far for alternatives, and now their eyes can open to it.”