The Oscars started off with a bit of playful ribbing from Amy Schumer. She poked fun at Jennifer Lawerence’s baby weight — and Leonardo DiCaprio’s young girlfriends.

When you have Wanda Sykes, Amy Schumer, and Regina Hall as your hosts, you know they were going to bring the funny. Wanda, 58, Amy, 40, and Regina, 51, wasted no time kicking off the 94th Academy Awards, opening up the Mar. 27 event with some laughs and a random DJ Khaled appearance, but Amy brought a little shade. “Don’t Look Up is nominated,” said Amy. “I guess Academy Members ‘don’t look up’ reviews. Wait a minute — I loved that movie. Jennifer Lawrence was amazing in it, even though she did gain some weight this year.” Of course, Amy referred to how JLaw gave birth to her first child.

Though Amy was just poking fun at her friend (and the standards of beauty enforced on women), she didn’t hold back when she turned her sights on Leonardo DiCaprio. “What can I even say about him? He’s done so much to fight climate change and leave behind a cleaner, greener planet — for his girlfriends,” said Schumer. For those who didn’t get it, she added. “Because he’s older…and they’re younger…you get it.”

The Oscars are “a night of celebration,” Wanda told The New York Times in an interview ahead of the event. Wanda gave reporters a preview of what viewers could expect and if the three hosts would split up duties throughout the night. “It might be one of us, it might be two of us, we all might be drunk, so it might be nobody,” said Wanda. “We all get our moment together, and we get our moments alone.” When asked if the three had plans to top Glen Close doing “Da Butt” during the 2021 event, Wanda said they were going “to try to get Judi Dench to do the Worm.”

“If they had come to me and said, hey, do you want to host the Oscars by yourself, I would have said hell no, absolutely not. Why would I want to do that? I like my life. But with [Amy and Regina], I’m really looking forward to it,” said Wanda. “The host is like the connection to the people watching at home. We’re the bridge to the people in the room and the people at home. Build bridges. It [the show] was an island without a host.” 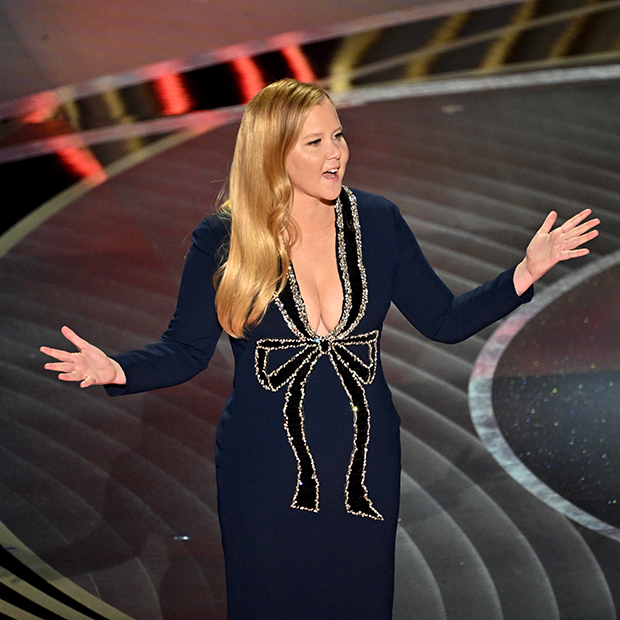 The 94th Academy Awards marks the first time three women hosted the ceremony. Whoopi Goldberg was the first woman to host the Oscars by herself (in 1994), and she did so well, she returned in 1996 and 1999. The last female host was Ellen DeGeneres, who steered the ship in 2007 and 2014. Since then, Neil Patrick Harris, Chris Rock, and Jimmy Kimmel have all helmed the Oscars.

After Kevin Hart resigned from the post following a scandal over his past homophobic jokes, the Oscars experimented with hostless ceremonies. The 2021 event had no official host, and it was held in Los Angeles’ Union Station due to the ongoing COVID-19 pandemic. The hostess shows seemed to work, but after the 93rd Oscars hit an all-time ratings low, it seems those days are behind us. It feels as if the 94th Academy Awards are an informal announcement of the post-pandemic era’s arrival — at least, a post-COVID era when it comes to award shows.