Here are your FOX Business headlines.

Abbott is recalling three brands of baby formula after four infants became sick after consuming the products, the Food and Drug Administration said.

The FDA is urging consumers not to purchase or use certain Similac, Alimentum or EleCare powdered infant formulas produced at Abbott Nutrition’s Sturgis, Michigan, facility while it investigates four cases of Cronobacter sakazakii and salmonella Newport infections in Ohio, Texas and Minnesota.

The infant in each case was reported to have consumed powdered infant formula produced at the Michigan facility and was hospitalized, according to the FDA. The agency also noted that "Cronobacter may have contributed to a death in one case."

Abbott initiated the voluntary recall after receiving four consumer complaints, according to its recall notice.

The recall of the powder formula manufactured in its Michigan facility has an expiration of April 1, 2022, or later. No other Abbott liquid formulas, powder formulas, or nutrition products from other facilities are affected, according to the company. 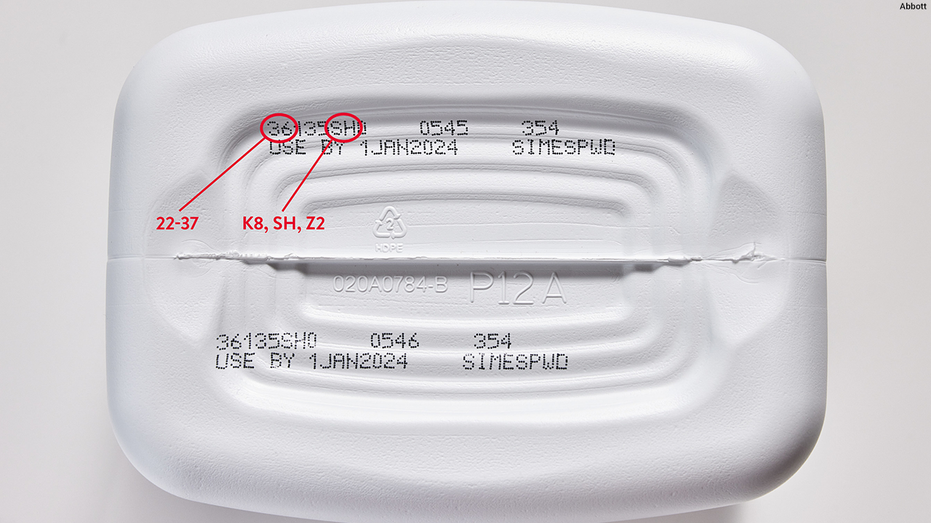 Frank Yiannas, FDA Deputy Commissioner for Food Policy and Response, acknowledged the severity of the issue and said the agency is working to resolve the safety concern as soon as possible.

"As this is a product used as the sole source of nutrition for many of our nation’s newborns and infants, the FDA is deeply concerned about these reports of bacterial infections," said Yiannas.

Abbott said it routinely tests for pathogens in its manufacturing facilities and "found evidence of Cronobacter sakazakii in the plant in non-product contact areas" at the Michigan facility. However, the company said it didn't find evidence of salmonella Newport but that the investigation is ongoing.

The company also said that none of its products that have been distributed "tested positive for the presence of either of these bacteria."

"We know parents depend on us to provide them with the highest quality nutrition formulas," said Manning. "We're taking this action so parents know they can trust us to meet our high standards, as well as theirs."

According to the Centers for Disease Control and Prevention, becoming ill with Cronobacter, which is a germ found in the environment, "does not happen often, but infections in infants can be deadly."

Symptoms of salmonella poisoning include diarrhea, fever and abdominal cramps. More severe symptoms include high fever, aches, headaches, lethargy, a rash, blood in the urine or stool. In some cases it can be fatal, the FDA said.