A historic estate that straddles the border between Connecticut and New York has hit the market for $49.5 million, per The Wall Street Journal.

The Hillandale Estate sprawls across 260 acres in both New York's Westchester County and Connecticut's Fairfield County. According to the listing, it was built in 1900 for the Sulzberger family, the longtime publishers of The New York Times.

Lisa Simonsen, Nancy Strong and Stacey Oestreich of Douglas Elliman have the listing.

The 120-year-old Hillandale Estate is on the market for $49.5 million. 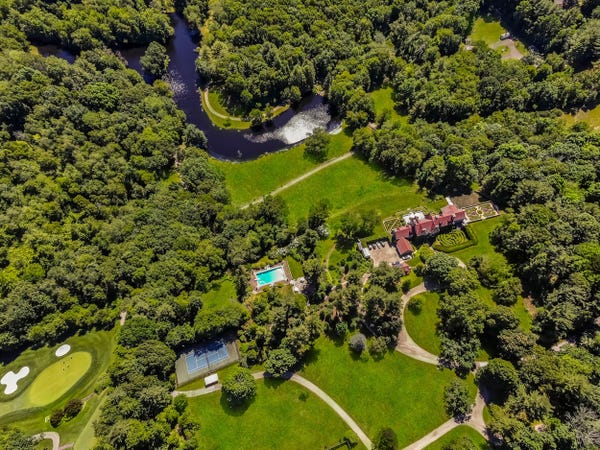 The estate's official address is in Stamford, Connecticut, but the massive property straddles the border between Connecticut and New York. 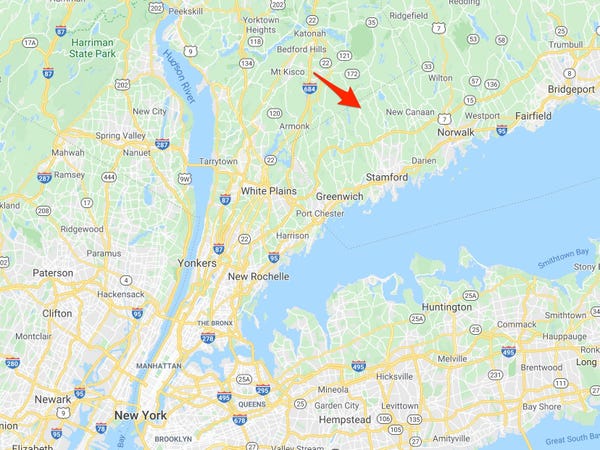 It's a little over an hour's drive from Manhattan, per Google Maps.

The Hillandale Estate was built in 1900 for the Sulzberger family, the longtime publishers of the New York Times, according to the listing. 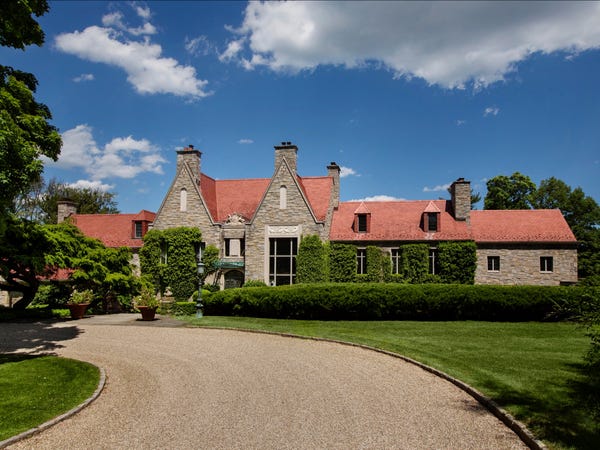 The current owner, Charlene Haroche, is the widow of Gilbert Haroche, cofounder of travel booking company Liberty Travel who died in 2015, per the Journal.

The Haroches bought the estate from the Sulzbergers in the 1990s and then poured more than $30 million into renovating the property, doubling the size of the manor home, according to the listing.

The manor home spans more than 17,000 square feet, with eight bedrooms and 10 bathrooms. 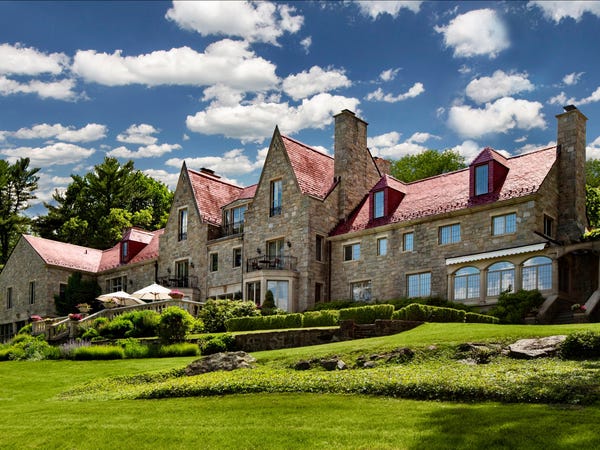 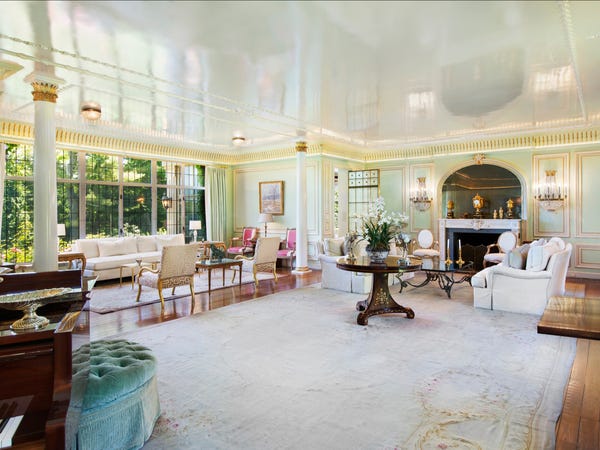 The home was built during America's Gilded Age, when lavish, European-inspired mansions were being built for the wealthy across the US. 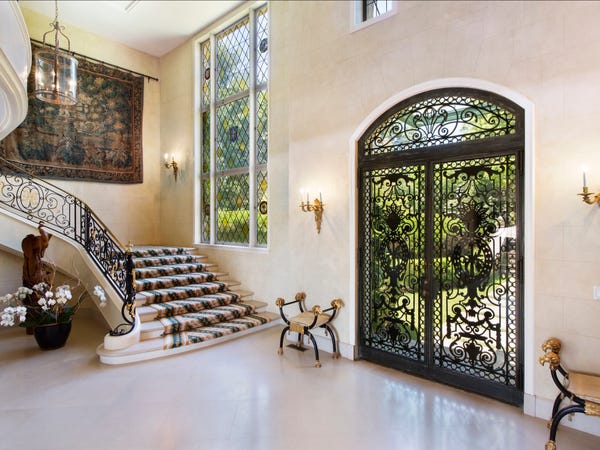 "Adapting European architectural styles, especially those of the Renaissance, architects and designers created multi-million dollars mansions and estates that became the modern castles of America's upper class, a building boom that hasn't been matched since," Patrick Sisson wrote for Curbed in 2015.

The Hillandale Estate has French, Italian, and English architectural influences.

The listing photos show a spacious bedroom with a chandelier. 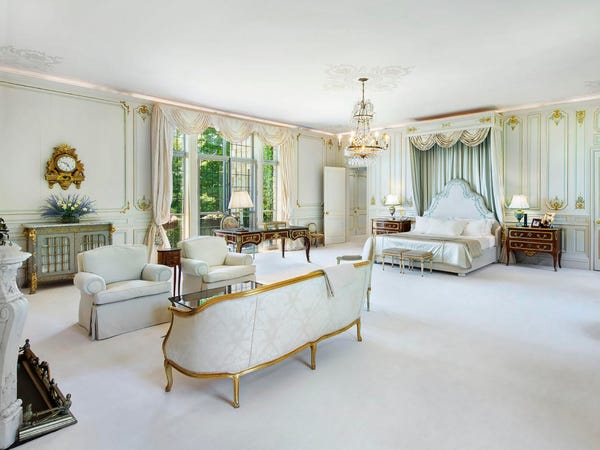 The bathroom is equally luxurious. 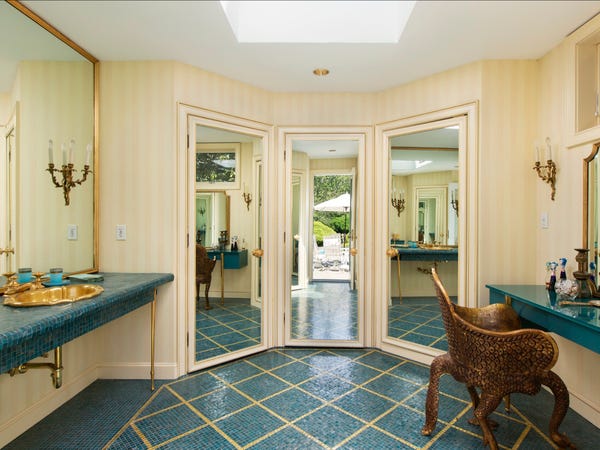 In addition to a gourmet kitchen, the manor home has formal living and dining rooms, a library, a conservatory, a breakfast room … 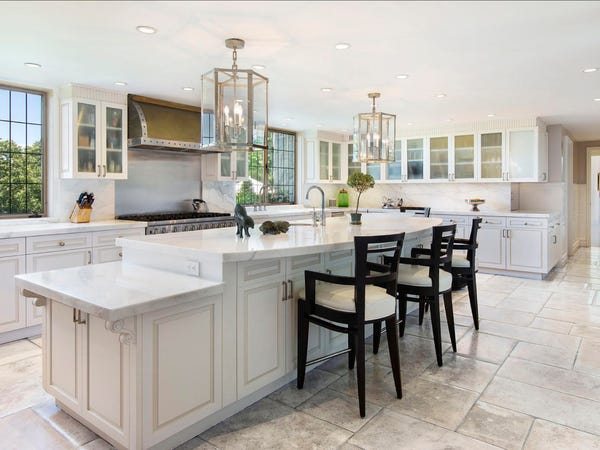 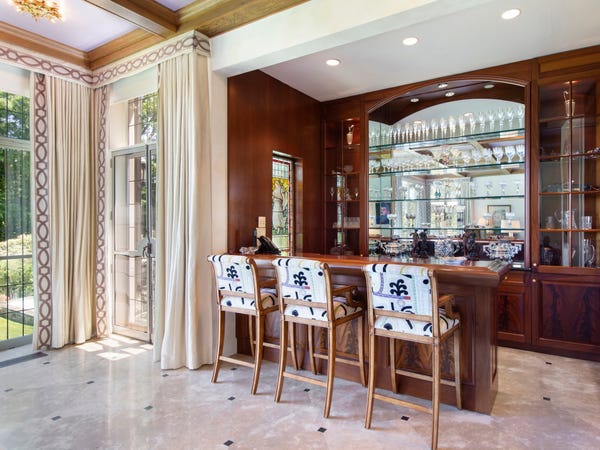 The home features an Olympic-sized indoor swimming pool with a wall of windows lining one side. 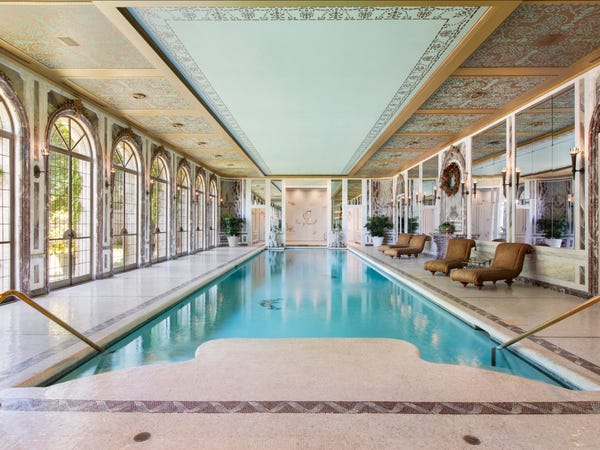 Many of the rooms have large windows overlooking the property's expansive grounds. 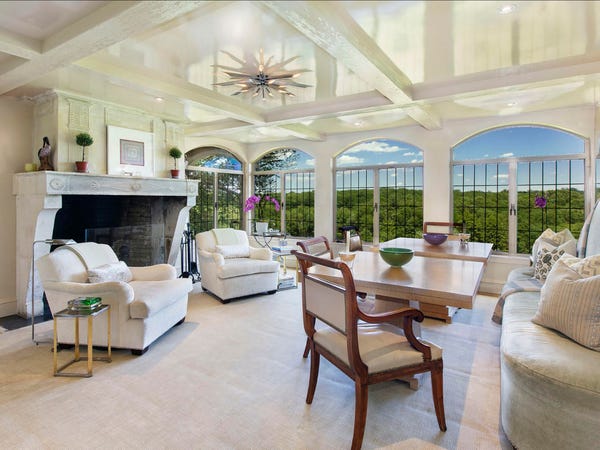 Listing photos show that the manor home comes with a private sauna. 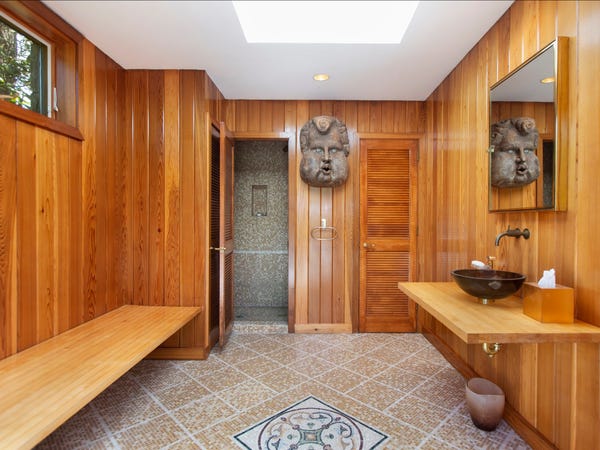 The grounds of the estate include manicured gardens, woodland trails, and several private lakes. 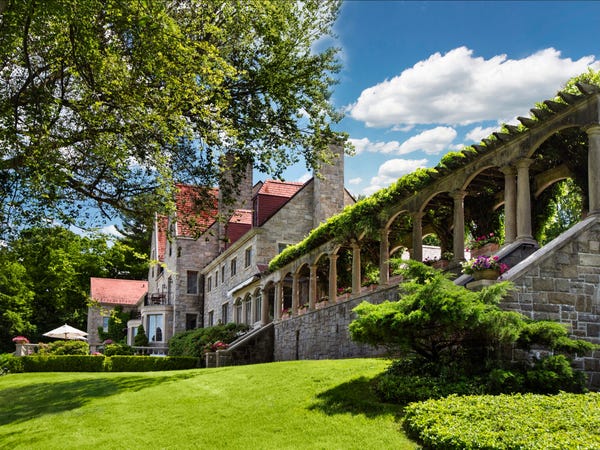 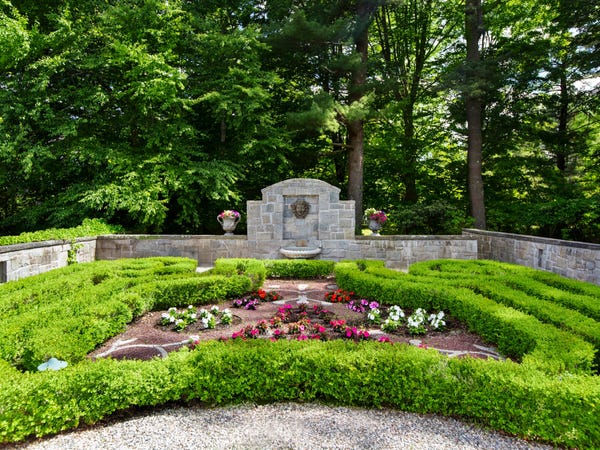 An outdoor swimming pool comes with an adjacent pool house. 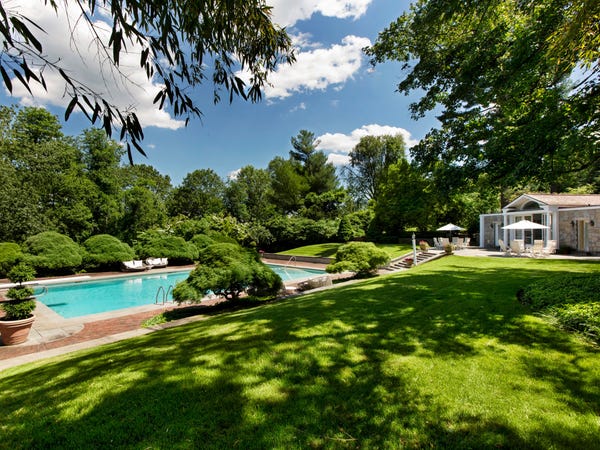 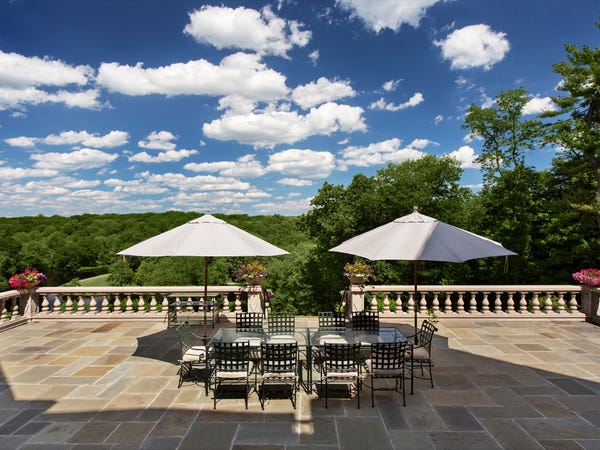