STEWS are perfect as winter warmers and they’re so easy to make – all you need to do is brown any meat and saute your vegetables to release their flavours before popping everything in the oven for a couple of hours with any herbs and spices you want to use.

This is where a Dutch oven comes in handy: you can use it on the hob first before putting it straight into the oven, which saves on washing up. 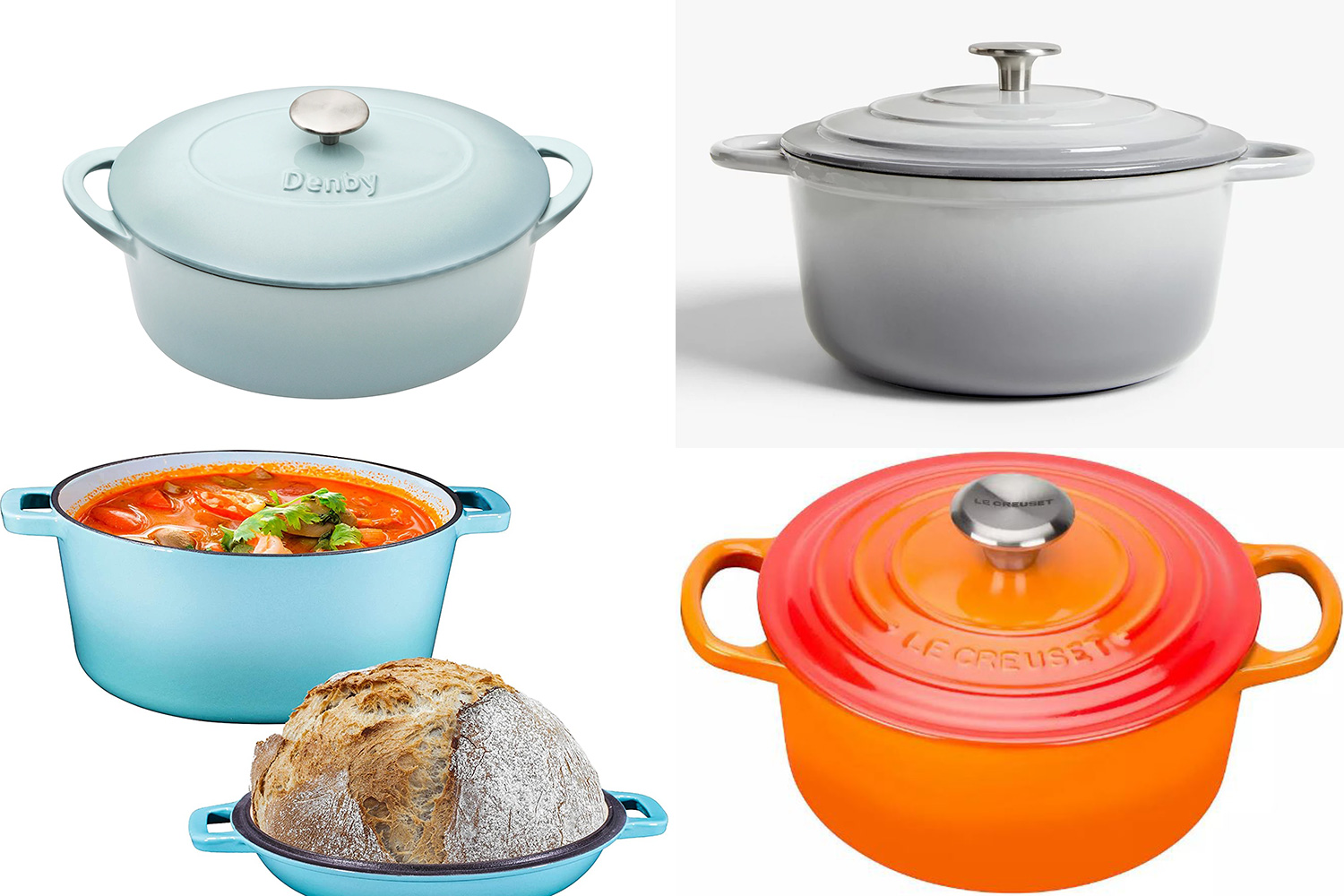 But buying the right Dutch oven can be confusing. Online, you might see very similar pots described as Dutch oven, French oven or a casserole dish.

Here, we’ll explain exactly what it is, the difference between the three cooking pots and how to choose the right one for you. We’ve also rounded up some of the best ones you can buy right now.

Dutch ovens are essentially deep and either round or oval pots with lids that you can use on the hob or in the oven.

They must be made from cast iron, which makes them strong, sturdy and good for retaining heat. While typically used for slow cooking, such as stews and casseroles, you can also bake bread in them.

The secret is in the lid: a well-made Dutch oven should have a tightly fitting lid to keep most of the moisture in.

Dutch ovens have no enamel covering, which means they can be used for outdoor cooking over an open fire as well.

What size Dutch oven do I need?

The size of Dutch oven you need depends on what you’re planning to cook with it.

For most families, one that holds around 6 quart (around 5.6 litres) is more than enough. These typically have a diameter of 26cm, measured from one side of the pot to the other.

Obviously the bigger they are, the more expensive they will be.

How do you care for a Dutch oven?

The downside of the original Dutch ovens – the ones without enamel coating – is that they require a bit more care.

You’ll need to season the pot before first use by thoroughly washing it with warm soapy water, drying it, rubbing a light layer of oil on it before putting it into the oven to bake.

This process helps it to develop a non-stick coating and prevents it from rusting. Double check the manufacturer’s instructions for this as some pots are pre-seasoned.

After each use, you’ll need to wash it with warm water (without soap), thoroughly dry and reapply a layer of oil to prevent rusting.

When shopping for Dutch ovens, you’ll probably see some very similar pots with names such as French ovens and casserole dishes.

French ovens are a variation of the Dutch oven, so they’re made from cast iron, but they have an enamel coating on the inside and sometimes the outside too. This is the version you’re mostly likely to find for sale these days.

The enamel coating gives them a non-stick quality and also means you can cook acidic foods like tomatoes without any flavours from the pot leaching into the food.