I’m sorry if you were hoping for some juicy intel on who Sofia Carson is dating, but the actress has made it pretty clear that she’s perfectly fine riding solo. In fact, when Cosmopolitan profiled her in May of 2019, they wrote that "she didn’t have time for gossip, dating, or even bingeing Game of Thrones along with the rest of her class" once she started her career in Hollywood.

When she does date, Carson did note that she would like the person to be in a different line of work than she is. “I made a decision about two years ago that I don’t want to date anyone in the business," she told Cosmopolitan at the time. "So as you can imagine, that makes it a little bit difficult.” One way to find this showbiz outsider could be through the apps, but Carson wasn’t really interested in joining any of those. “I’ve never tried dating apps,” she told Cosmopolitan.

Rather than date, Cosmopolitan noted the actress "spends the majority of her time watching Netflix and The Marvelous Mrs. Maisel in the apartment she shares with her sister." When she’s not chilling on the couch watching her favorite shows, she’s working. She explained, “I’m dating my career." 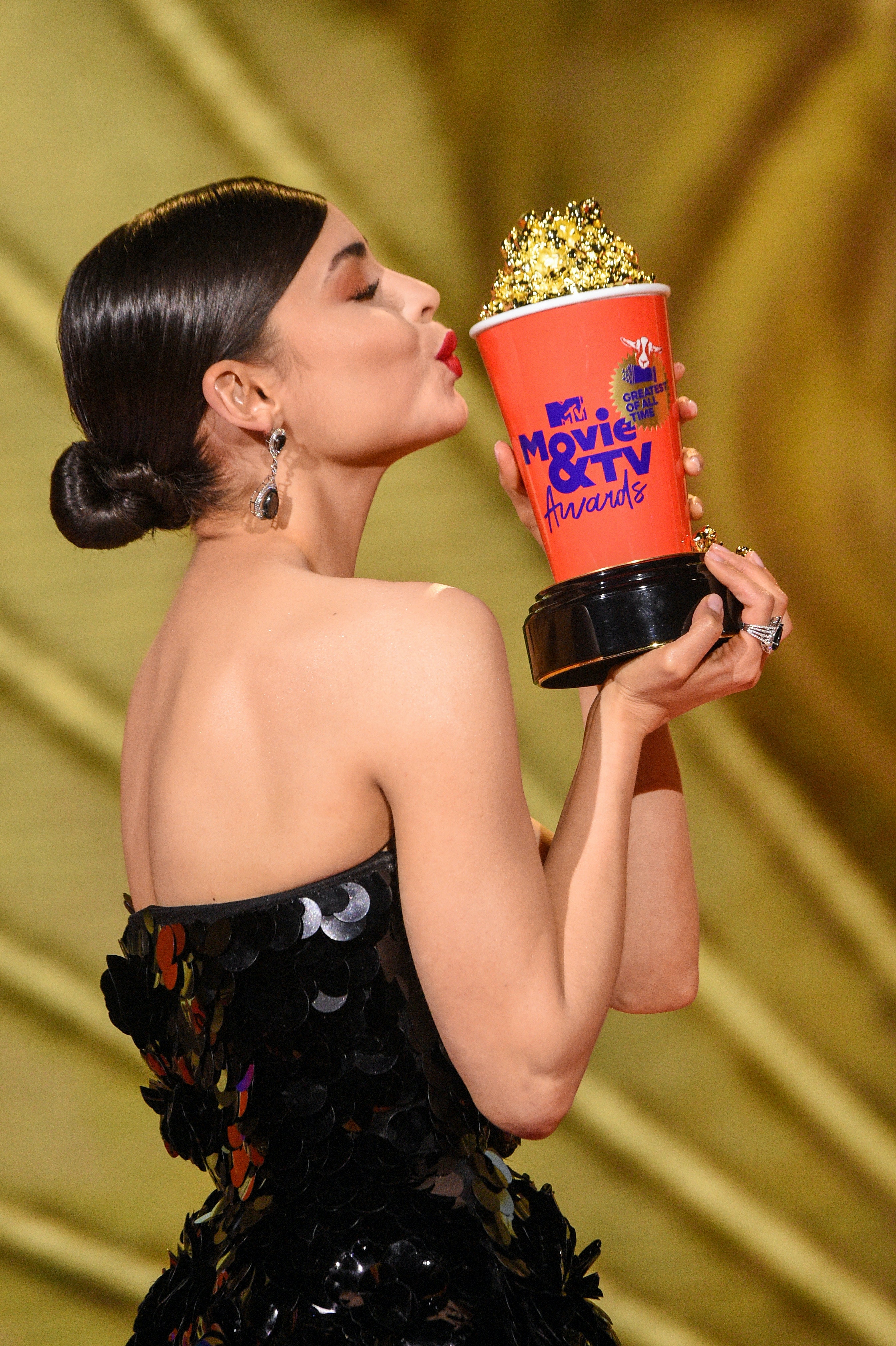 Of course, that interview was almost two full years ago. Things could have changed since then! But they don’t seem to have changed all that much. Her Instagram profile is decidedly significant-other-free and no paparazzi has been able to snag a shot of her canoodling with a mystery partner. Either she’s single, or she’s an absolute master at hiding her relationship from the world.

The best intel you could get on Carson’s love life may be through her music. When speaking to Coveteur in 2017 about her then new song "Ins and Outs," Carson shared:

That said, she did admit in the same interview that she’s always had a knack for writing devastating love songs, even if she couldn’t necessarily relate on a personal level. "I don’t know what it is, but even when I was a little girl, I would always write really emotional, really dark love songs about my heart being broken—even though I had never even kissed a boy at the time," she shared, later adding "I have gotten my heart broken now, but in the past I never had, and I was always so terrified of it.”

I’m just as curious as you are as to who broke her heart once upon a time, but my best guess would be that it was someone she met before she jumpstarted her career and decided to leave her love life on the sidelines.