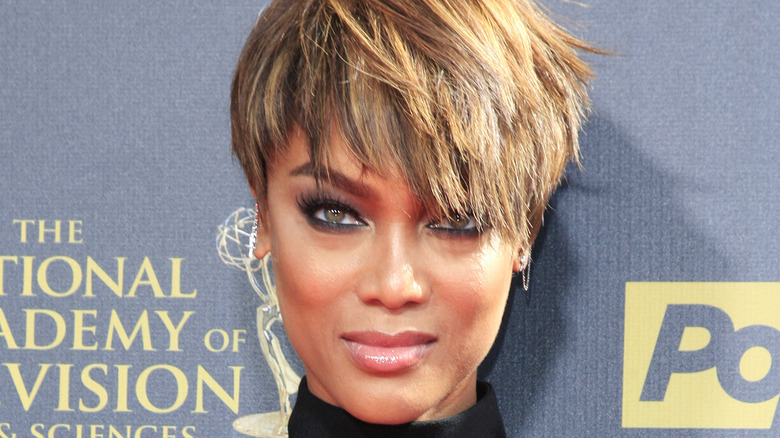 Victoria’s Secret has had a difficult few years. Following the harassment claims against former top exec Ed Razek, criticism for the brand’s lack of diversity, and an overall decline in sales, (via Newsweek) the lingerie company has decided to completely rebrand.

Victoria’s Secret announced it would replace the Angels with the VS Collective, which is described as, “an ever-growing group of accomplished women who share a common passion to drive positive change,” (via Cosmopolitan).

Though this change has the potential to help make Victoria’s Secret a more diverse and inclusive brand that helps to empower women, it also puts an end to a 25-year tradition of having top supermodels represent the company (via Insider). Tyra Banks, one of the original VS Angels took to Instagram to share her opinion on the demise of her former position (via ABC).

Tyra is excited for the "beauty revolution" 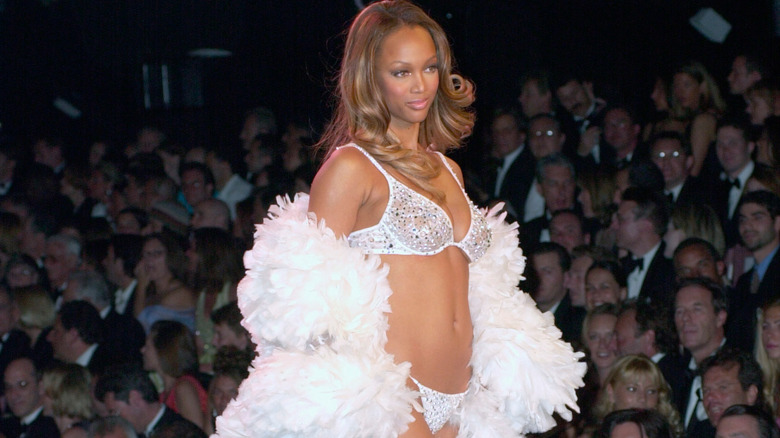 Following the announcement that Victoria’s Secret has decided to disband the iconic Angels in exchange for the VS Collective, former Angel Tyra Banks shared a photo on Instagram of her last strut down the catwalk in 2005. Banks became an angel in 1995 and held this position for ten years.

Reflecting on her position as the first Black VS model she said, “First is hard. First is lonely. But first is necessary. First is crucial so that a door can be opened for others to fit through.”

The “America’s Next Top Model” creator added that as the first Black contracted VS model she is excited to see the people that she helped open the doors for start flowing through. She also shared that she is excited about the new VS Collective and believes it’s part of a “beauty revolution”

Banks concluded, “To the new collective of badass ROLE models, I may have cracked that door open, but y’all are charging through. Keep on keepin’ on until we all LOSE COUNT of how many are breaking through behind you.”