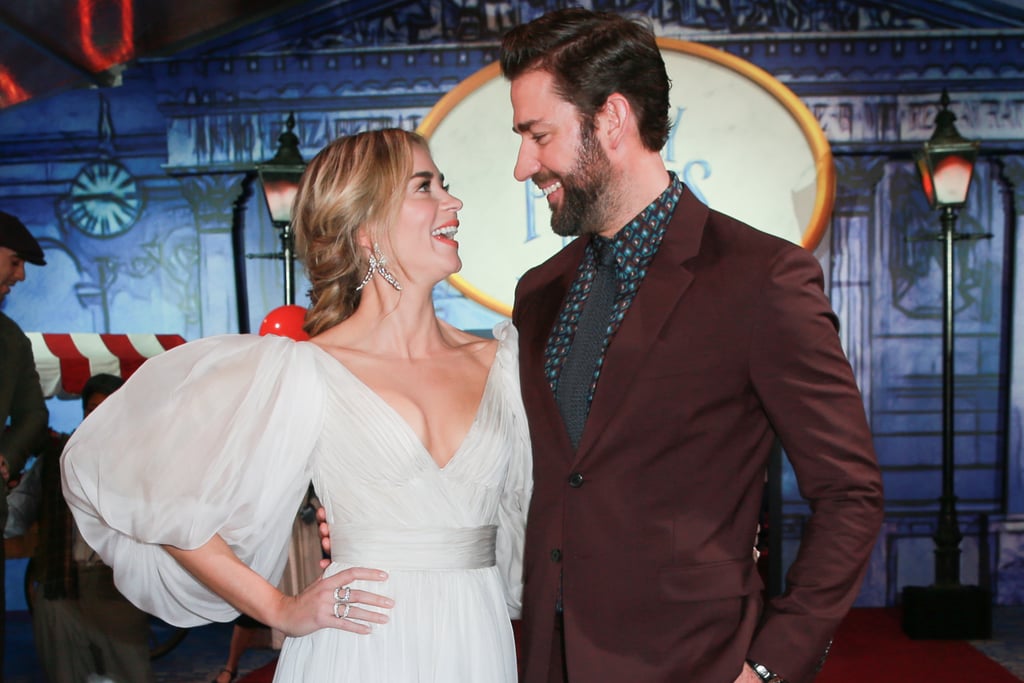 True Love Is Real, Guys — John Krasinski and Emily Blunt’s Quotes About Each Other Prove It

No matter how much you ship The Office‘s Jim and Pam, no relationship is quite as special as the one John Krasinski shares with his real-life wife Emily Blunt. Mary Poppins Returns actress Emily first met John in 2008 while having dinner with a friend in an LA restaurant, as the friend knew John and insisted on introducing the two. Just 10 months later, the couple was engaged, and they’ve since welcomed two kids — Violet and Hazel — and produced two major movies together. Even after nearly a decade of marriage, these two seem to fall more in love every day, and their sweetest quotes about each other prove it.