Timothee Chalamet took to Instagram to share exciting new pics of him dressed up in character as the beloved Willy Wonka while wearing a top hat and blazer, giving fans a sneak peek of his upcoming ‘Wonka’ film.

Timothee Chalamet, 25, got his fans’ attention on Oct. 10 when he shared epic first pics of him as Willy Wonka for the first time! The talented actor is starring in the upcoming film Wonka, which is set to come out in 2023, and looked so much like the title character that it took our breath away! In one pic, he’s standing in the snow and giving off a serious facial expression while wearing Willy’s iconic outfit, including a high brown top hat, maroon blazer and patterned scarves. Check out the pics HERE!

In a second pic, his hand can be seen touching the top of the memorable cane Willy was known to carry. It included a purple present figurine with a red bow on the very top. “The suspense is terrible, I hope it will last …🏭WONKA🍫,” he cheekily captioned the post, referencing a line that Gene Wilder (the original Willy Wonka) said in the 1971 original adaptation, Willy Wonka & the Chocolate Factory. 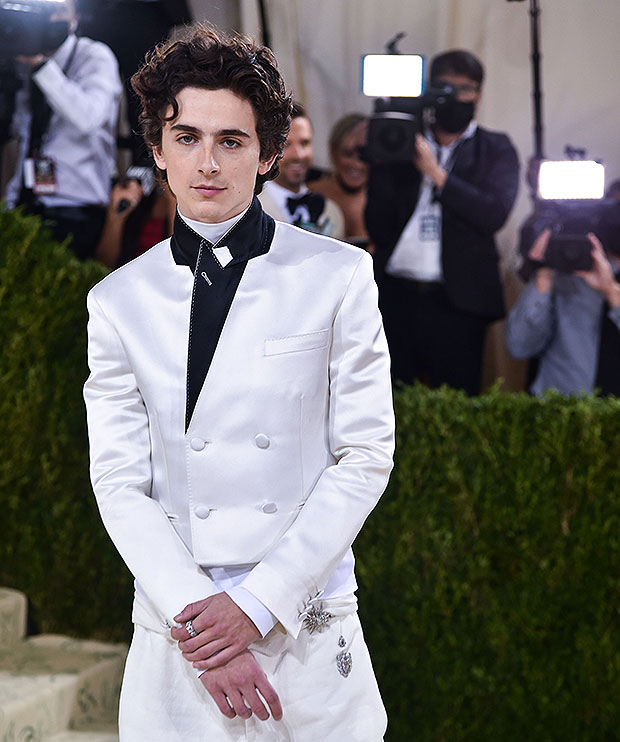 Although plot details for the film have been kept under wraps, the Warner Bros. prequel will reportedly be about how Willy Wonka became the candymaker everyone knows him as. Since the movie is also a musical, Timothee is set to sing and dance throughout, something his fans are super thrilled about.

Shortly after he posted the latest pics, he received a plethora of kind and enthusiastic comments about what’s to come. “I HAVE NEVER BEEN SO EXCITED FOR ANYTHING,” one fan wrote while another asked if the hat he was wearing was made out of chocolate. Others shared more quotes from the 1971 original and one fan admitted they were “screaming” with happiness. 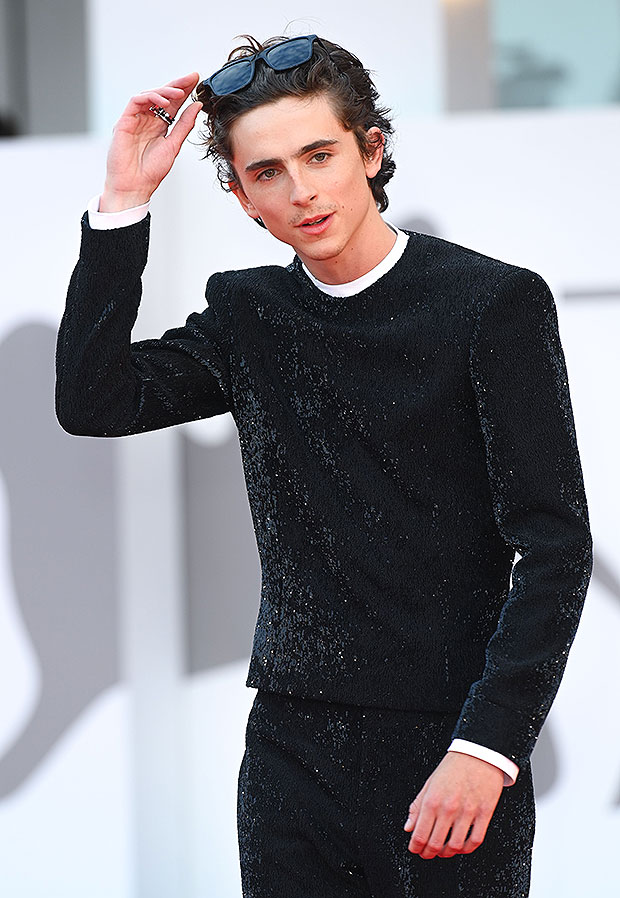 Timothee’s role as Willy Wonka comes almost 60 years after the story and character’s debut in the 1964 novel, Charlie and the Chocolate Factory by Roald Dohl. The book was about a poor boy named Charlie Bucket who wins a golden ticket to tour the mysterious and magical chocolate factory run by Willy. The book was adapted in the 1971 film as well as the 2005 film that starred Johnny Depp as Willy. Paul King is the director of Timothee’s prequel and it’s set to be released on March 17, 2023.