Editors note: Aravind Adiga won the Man Booker Prize in 2008 for his debut novel The White Tiger, which his old Columbia University classmate Ramin Bahrani turned into the movie that has been generating awards buzz since its Netflix release in January. Adiga penned a guest column for Deadline about how the pair became fast friends by bonding over Scorsese films in Bahrani’s dorm room, a kinship that has lasted ever since.

Back in 1993, the idea that any living writer could come near the Russian novelist Dostoevsky in greatness would have struck me and my undergraduate friends at Columbia University as blasphemy. But this was precisely the claim that a fellow student was making one night as we were studying at the library. Even more shockingly, he was claiming that a living American filmmaker named Scorsese was as good as Dostoevsky. He had a video back in his dorm room that would prove it. Anyone want to see it? He even had Iranian snacks in the freezer sent by his mother.

The student making the claim was a tall Iranian-American from North Carolina called Ramin Bahrani. His claim turned upside down everything held to be universally true among literature students — books are better than movies, European better than American, dead better than living — so all of us followed Ramin back to his dorm room that winter’s night to watch this extraordinary movie.

It was called Mean Streets, and about 10 minutes into it, given that there wasn’t much sex, the other students left, one by one. I alone stayed the whole night, because Ramin was right. I was a 19-year-old foreign student from India, but the Italian-American milieu of Mean Streets felt like my own. Ramin would interrupt — you see when the camera moves suddenly onto Harvey Keitel’s face? That’s called a jump cut. The voice over?

That’s actually Scorcese’s own voice. The commentary helped me get it. Mean Streets had the wrenching ethical dilemmas of a Dostoevsky novel but also had style, pizzazz, plot twists — and rock music. When I left his room, Ramin suggested that I come back some day to watch another movie. This one, he said, was called Taxi Driver.

And that was how, nearly 30 years ago, I met Ramin Bahrani, one of America’s most acclaimed indie directors. Ours is a friendship that has lasted over three decades, during which he has directed seven films and I’ve published five books. Although I returned to India for good in 2003, our friendship continued through phone calls, twice a week, and emails, seven times a week. “Keep writing,” Ramin urged me. “Keep thinking of Taxi Driver.” That’s why in 2008, when I finally finished it, I dedicated my first novel, The White Tiger, to Ramin. Back then, as an unknown writer living in a one-bedroom in Mumbai, I couldn’t have imagined what was to follow: In October that same year, the novel won the prestigious Booker Prize, film producers took an interest in it, and a decade later, The White Tiger was turned into a film. The director’s name? Ramin Bahrani. At the age of 46, I know that not much in life turns out like a fairy tale — but the story of The White Tiger is one of them.

To observe how Bahrani’s film has resonated with viewers around the world, particularly with young ones, feels like more than just a personal triumph. 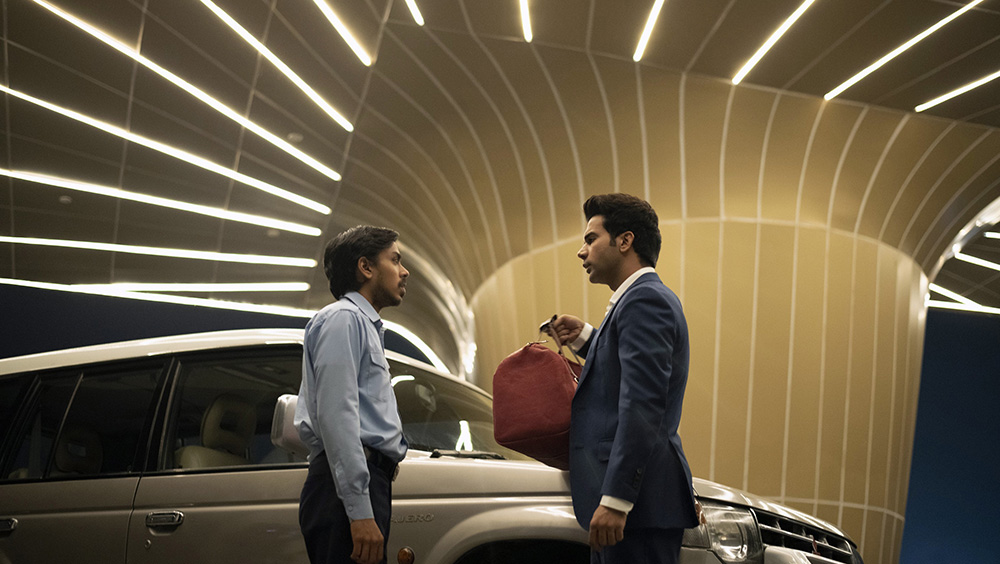 Within this film that booms with the vitality and energy of contemporary India, I hear an echo of another time and place: the New York City where Ramin and I spent our 20s.

Unbelievably great movies are the first thing I remember when I remember New York. After the baptism of Mean Streets, my life as an undergraduate became, in part, a quest for cinema. And Manhattan in the 1990s seemed desperate to help anyone who wanted to see quality films. The Angelika, Symphony Space, Water Reade, Film Forum, Lincoln Centre and a place in the East Village that used to show a pair of classic movies for two dollars: I went to them all, sometimes on my own, often with Ramin, who always provided (Quiet, everyone!) free running commentary. Movies even made us break the basic rule for Columbia students, because one summer evening two alien bodies sneaked into an NYU Film class to watch Chinatown. Ramin and I left the screening and discussion thinking that maybe not everyone at NYU was an idiot.

After I moved back to India, Ramin would call me to let me know what was happening with the cinema world, where he was slowly making a name for himself as an independent filmmaker whose movies included Man Push Cart and Chop Shop. One day he woke me up in Mumbai, virtually screaming: “You have to watch this film called There Will Be Blood!” Three months later, I did watch it, in a cinema in north Mumbai. In turn, I made Ramin study some of my favourite Indian films; in particular, Govind Nihalani’s searing portrait of a disturbed Mumbai policeman, Ardh Satya.

A friendship between a novelist and a director lasts because it dodges the competitiveness that so often poisons bonds between artists. When a book of mine does well, Ramin doesn’t die a little. When his new movie is shown at the Venice Film festival, I’m jumping up with joy. Of course, we have disagreements. Two years ago, I began screaming on the phone that I couldn’t understand why Ramin thought a mediocrity like Howard Hawks was the equal of the great John Huston. That almost broke our friendship. (Seriously, Ramin: Howard Hawks??)

In the end, though, our love of great cinema reminds us both of what matters — making art with all the commitment and passion you have in your body. That’s the spirit in which I wrote The White Tiger, and the spirit in which Ramin has made his film of my novel.

In the 1996 indie classic, Big Night, the two brothers who run an Italian restaurant, played by Tony Shalhoub and Stanley Tucci, fight bitterly — but always come back to the ritual of cooking to remember their shared bonds. What Italian food is to the brothers of Big Night, cinema is to Ramin and me. If we have a fight over something (and, believe me, we do fight) it’ll always be resolved when I pick up my cell phone in the middle of the night in Mumbai, dial Ramin’s Brooklyn number, and right away, without apology or explanation, demand: “I really can’t make up my mind if John Ford is hugely overrated or hugely underrated. What do you think?”