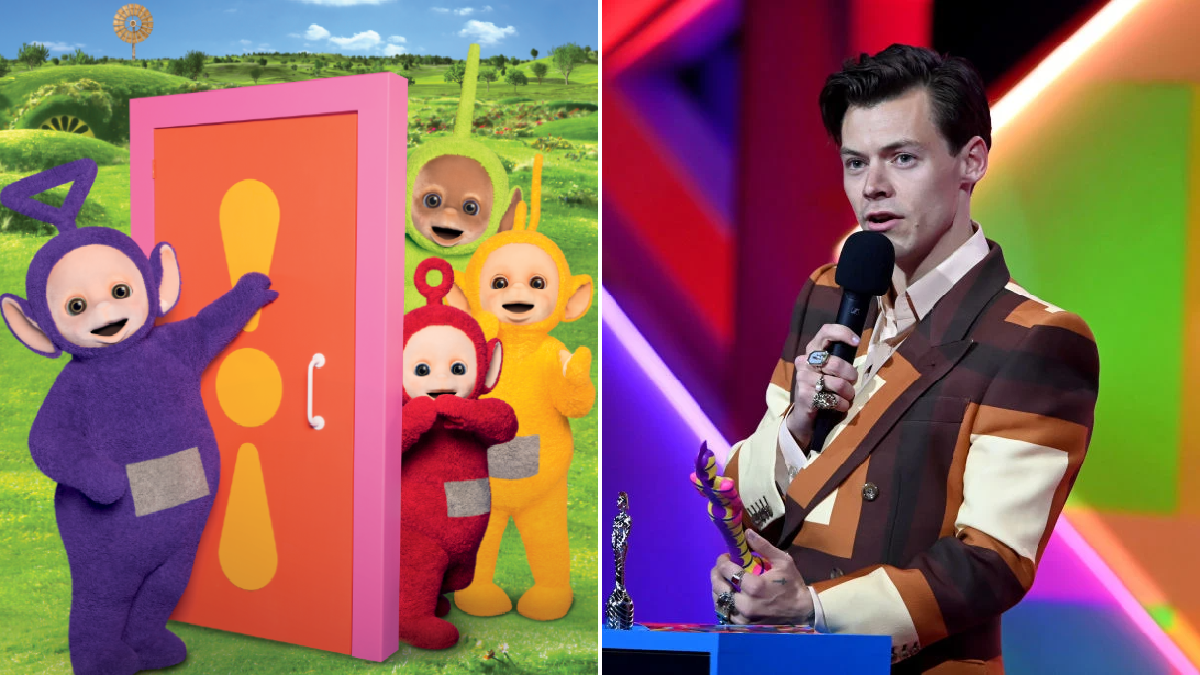 Harry Styles is releasing a new album soon and who better to sum up our moods than the Teletubbies?

The iconic characters are clearly big fans of Hazza, racing to Twitter following the news of his third studio album, Harry’s House, dropping in May.

The gang – Tinky Winky, Dipsy, Laa-Laa and Po – are seen seen stood next to a door in the picture, with the tweet reading: ‘Us on May 20th #HarrysHouse.’

You and us both guys.

It’s definitely not the first time the Teletubbies have hit up Harry, as they’re clearly big fans of the former One Direction star.

Impeccable taste, we have to say.

The ever-playful style icon is dressed in a smock blouse and baggy blue flares.

The album will comprise of 13 new tracks and we absolutely can’t wait.

The hotly anticipated news has been a while coming, following Harry’s recent movements.

In February, he was spotted zooming past Buckingham Palace on a giant bed on wheels as he filmed a new music video, before then rocking some seriously impressive red sequin trousers for further shooting in London later that month.

In January he was announced as a headliner at Coachella, alongside Billie Eilish and Kanye West, while his UK concert dates for Love On Tour have left a nice Glastonbury-sized gap near the end of June – just in case.