The Gentle Touch actress Jill Gascoine dead: British actress, 83, loses 10-year battle with Alzheimer’s disease as family say they are ‘relieved she is not suffering anymore’

Jill Gascoine has died aged 83 following a ten-year battle with Alzheimer’s disease as family say they are ‘relieved she is not suffering anymore.’

Her son Adam confirmed her death, writing on Facebook on Wednesday morning: ‘She suffered from Alzheimer’s for 10 years, so today was a thankful release. 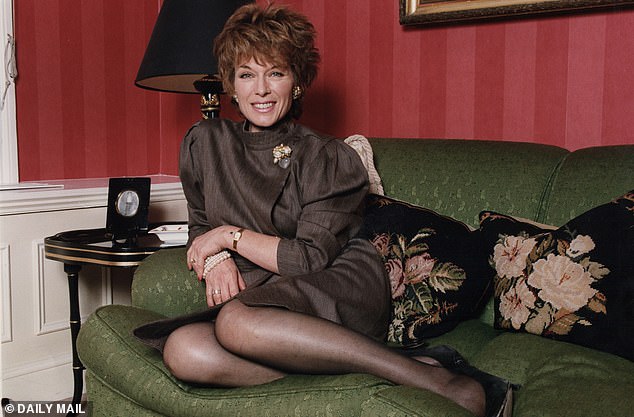 Sad news: The Gentle Touch actress Jill Gascoine has died aged 83 after a 10-year battle with Alzheimer’s disease (pictured in 1996) 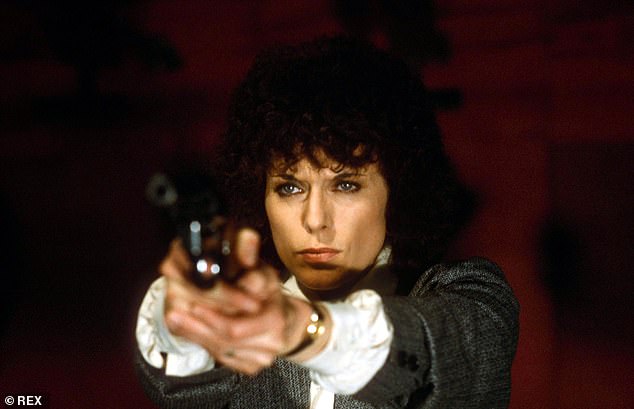 Acclaimed: Jill was perhaps best known for her role as DI Maggie Forbes in The Gentle Touch, a drama which ran on ITV from 1980-1984

‘The family is all well, and relieved that she’s not suffering any more.

‘Due to the coronavirus pandemic, there will not be a memorial for Jill – who lived in a care home in Los Angles in the later stages of her life – “for a good while”, but the family are planning services in the US and UK.’

Adam added: ‘There will not be a memorial for a good while due to the current climate. The family will reach out once details have been arranged. 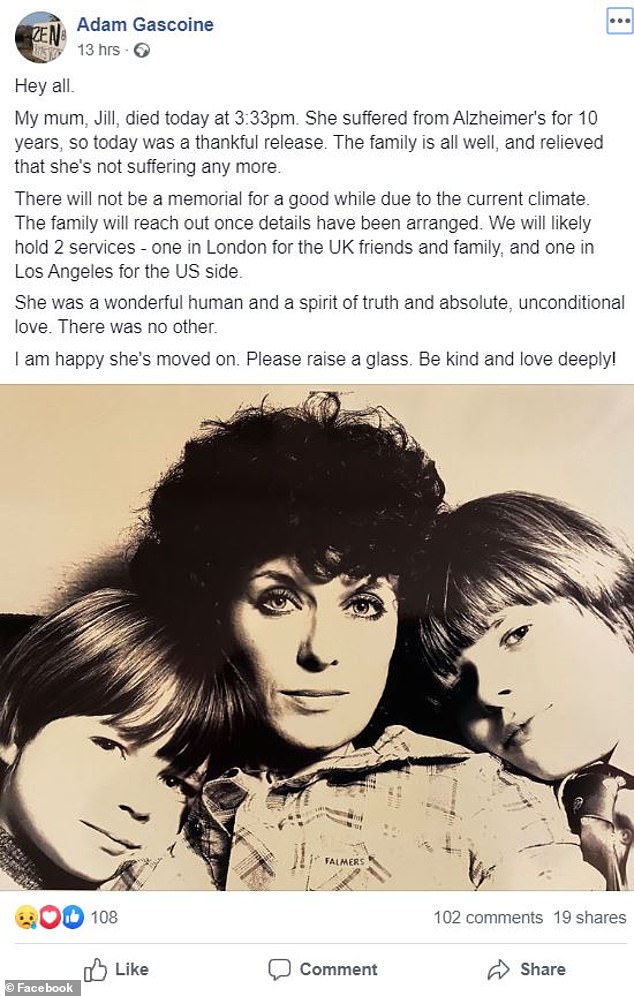 ‘We are relieved she is not suffering anymore’: Jill’s son Adam shared this moving post on Facebook on Wednesday as he paid tribite to his mother

‘We will likely hold 2 services – one in London for the UK friends and family, and one in Los Angeles for the US side.

‘She was a wonderful human and a spirit of truth and absolute, unconditional love. There was no other.

‘I am happy she’s moved on. Please raise a glass. Be kind and love deeply (sic)”‘ 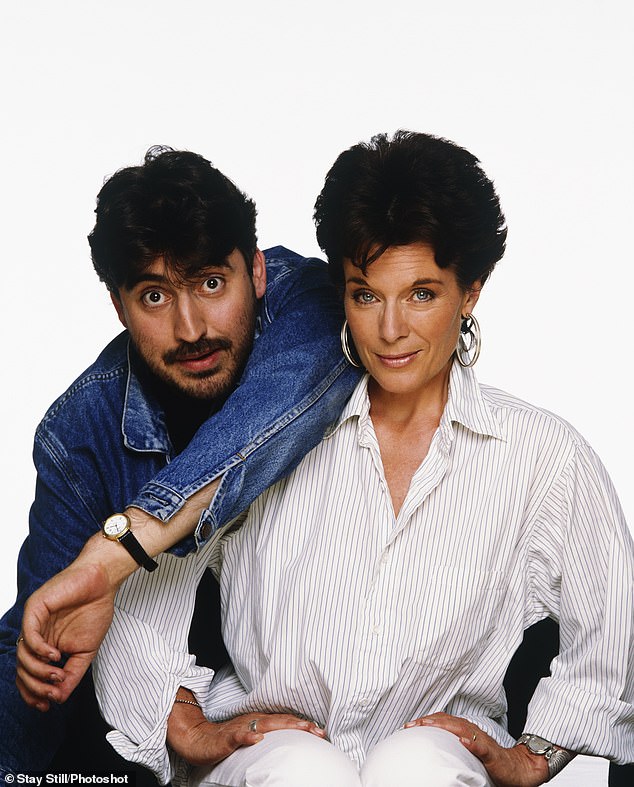 Jill also starred in TV series Z Cars and Dixon of Dock Green, and in the 1990s she and Alfred moved to Los Angeles.

In 2009, she was due to join EastEnders as Glenda Mitchell – the mother of Roxy and Ronnie Mitchell – but later withdrew from the role and it was re-cast, with Glynis Barber taking on the part.

Speaking about the role, Jill previously said: ‘Having spent the last 15 years working in America … I felt on arrival I lacked the right experience to film such a big continuing drama.

‘I have tremendous respect for EastEnders and the cast so I don’t want to let the show or my fellow cast members down.

In the later stages of her career she became a novelist and published three books.

In 2016, husband Alfred confirmed his wife was ‘in a very advanced stage’ of Alzheimer’s disease.