The Oakland A’s have plenty of on-field feuds, but one particular feud with the popular 1990s band, Smash Mouth, may be the wildest one they’ve seen. 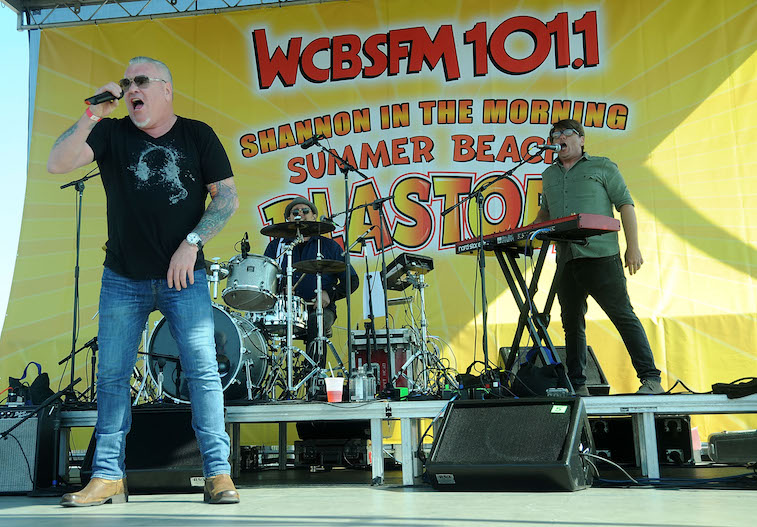 What happened to Smash Mouth?

From the mid-1990s to the early-2000s, Smash Mouth had a slew of hits. From endless covers of classics from a bygone era to original compositions, nobody from that era could escape their catchy 1960s-inspired tunes.

In recent years, however, Smash Mouth has gone from popular rock band to has-been, although their non-stop presence on Twitter shows they still know how to make a headline or two.

The band’s breakout hit Walkin’ on the Sun introduced them to the radio waves and for the next decade, the account saw moderate success.

The band had a slew of hit covers, but it was their smash hit, “All Star,” that secured their place in music history. 20 years later, the song is no longer a chart-topper, but fodder for memes across the internet.

Smash Mouth’s Twitter presence is not like the normal band’s Twitter presence. Yes, they have the typical onslaught of fan retweets, video of performances, and tour-date announcements, but in between all of those are a series of tweets which are written as though they are coming from a neighbor down the street, not a platinum band.

From political rants to responses to other celebrities, the Smash Mouth account has gained a reputation as one of the more bizarre experiences that comes up on Twitter.

The most common theme of Smash Mouth’s strange Twitter presence has to do with sports. Lead singer Steve Harwell and the original band members all hailed from the Bay Area, and their sports tweets often reflect this.

The band’s account, presumably run by Harwell and company, decided to take to the replies of San Francisco Chronicle reporter John Shea, who was reporting on Coco Crisp’s unhappiness with the A’s while playing in the World Series as a Cleveland Indian.

Smash Mouth responded by calling the team a joke, to which the A’s official account snarkily posted a picture scoffing at the notion of being insulted by them.

Eventually, the players got involved. Sean Doolittle, who was with the A’s at the time, tried to lighten the mood with some clever wordplay involving Smash Mouth’s songs.

This escalated into an oddly personal flame war in which Smash Mouth insulted the team’s lack of success in recent years and the A’s insulted Smash Mouth’s lack of hits since the late 1990s.

We could all use a little change…

The feud took the internet by storm, with jokes flying across the internet at a rapid-fire pace. By the next morning, however, cooler head prevailed. The A’s tweeted an apology from their main account and offered to allow Smash Mouth to throw out the first pitch next time they were in the area.

Smash Mouth replied with an enthusiastic “Let’s do it!” and the feud was squelched forever. Ironically, Harwell never threw a pitch in Oakland after that, but he did throw one for the Tampa Bay Rays in a possible act of trolling.

At the end of the day, the A’s feud with Smash Mouth was little more than two sides bickering on the other sides of their collective screens. However, what it reminds people is that there are humans behind these accounts, and just like that those humans can get caught up in the heat of the moment.

While Smash Mouth is likely to garner attention again for their online feistiness, hopefully, all that glitters will continue being gold between them and the A’s for years to come.