The ‘Big Little Lies’ star takes to Instagram to slam people’s apparent misinterpretation of her post, which many deems as her way to support her athlete fiance.

Rodgers had previously claimed he was “immunized” against the virus, but after the news of his COVID positive dropped, he appeared on Friday’s (November 5) “The Pat McAfee Show” and confirmed he has not received any of the three vaccines available, claiming to be allergic to the MRNA vaccines made by Pfizer and Moderna, and citing blood clot concerns surrounding the Johnson & Johnson jab.

He also expressed his worries there have been “no long-term studies around sterility or fertility issues” related to the vaccines, adding, “I’m not some sort of anti-vax flat-earther, I’m somebody who’s a critical thinker.”

And when Shailene shared a post with the message, “Calm Seas May Bring You Peace, But Storms Are Where You’ll Find Your Power,” to her Instagram Story on Thursday, many interpreted it as a sign she supported his anti-vaccine stance. 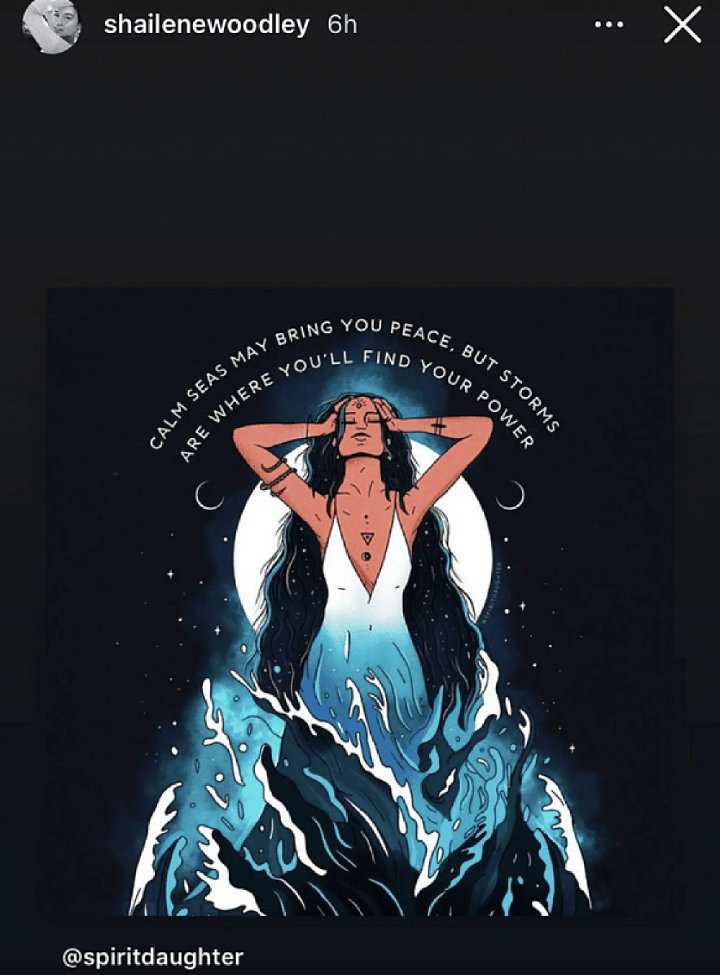 “Just read somewhere that the media is claiming I deleted an Insta story amid the ‘chaos.’ (An astrology post of all things) (not cryptic at all you dummies.) Do you even know how stories work brah? They self-delete after 24 hours (sic),” Shailene penned.

“Literally lol’ing (laughing) over here over your determination to make a story out of nothing. Grasping at straws my dears.” 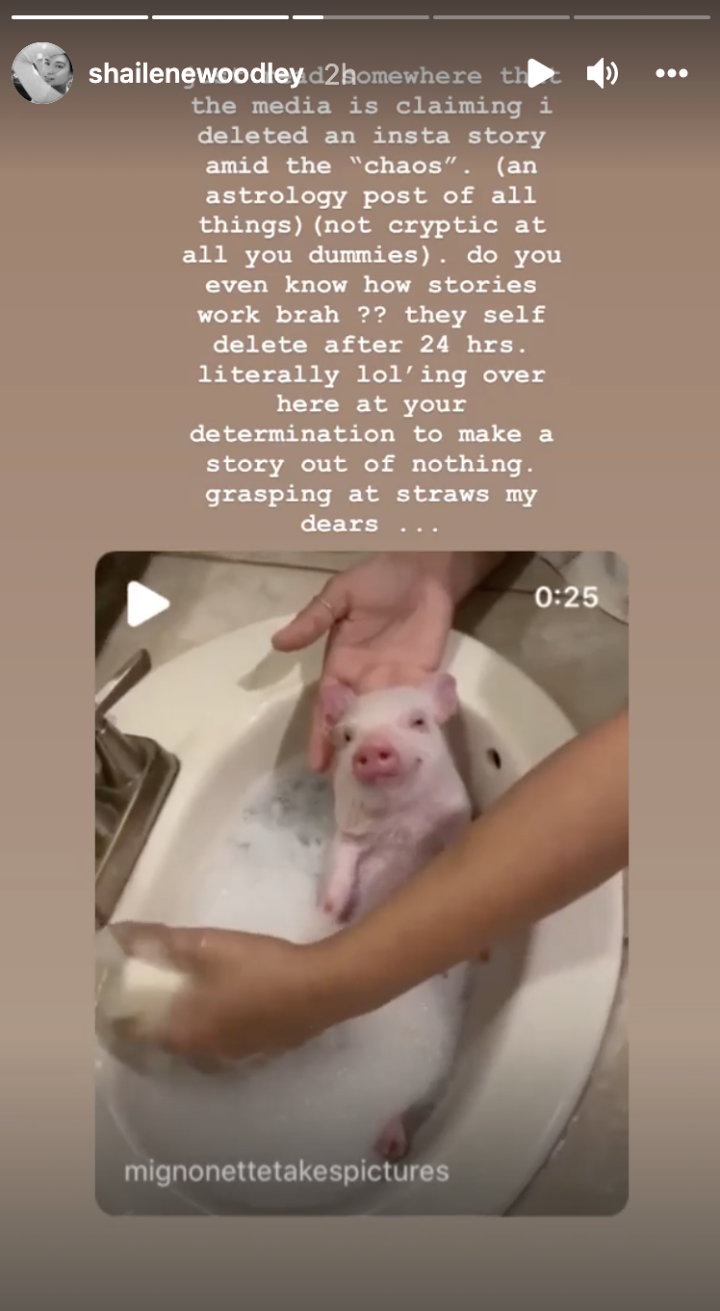 While the “Divergent” star has not revealed her own vaccination status, she told Flaunt magazine in 2013 she “makes her own medicine”.

“I make my own medicines; I don’t get those from doctors. I make my own cheese and forage wild foods and identify wild plants. It’s an entire lifestyle,” she told the magazine at the time.

“I never lied. I took all my teammates into a huddle, got all their faces three inches away from my wet mouth and told them, ‘Trust me, I’m more or less immunized. Go team!'” Pete, as Aaron, quipped.

“People can talk all they want, but at the end of the day, my record is still 7-1, meaning of the eight people I’ve infected, seven are fine.”