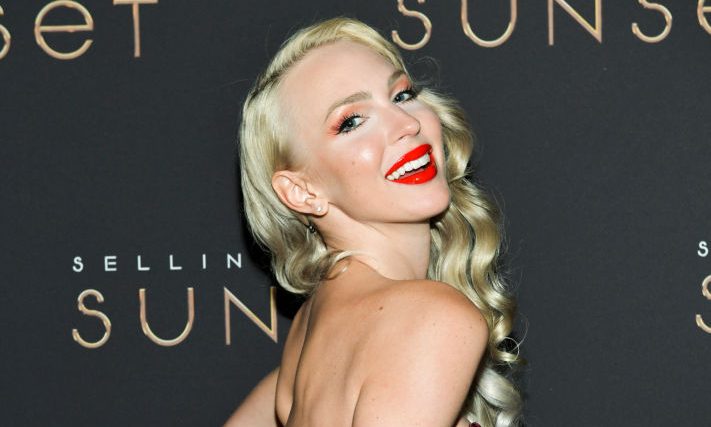 A rep for the Netflix star confirmed to Metro.co.uk that she is expecting a little bundle of joy a year on from marrying Christian.

She is said to be past the first trimester, according to TMZ. It is unknown whether they are having a boy or a girl.

Christine’s stunning wedding featured in season three of Selling Sunset, which follows the lives of a group of glamorous estate agents, as they tied the knot in the finale.

It was a lavish $1million (£773m) do that included swans, a black wedding dress and a bleeding cake.

With the series returning for season four, her pregnancy could become a storyline.

In September the reality TV star revealed that she is keen to have her own spin-off series as she’s ‘tired of sharing the screen’.

She also told the magazine about how she would love to start a family.

Christine said: ‘Having kids in a year or so would be amazing – imagine little Christines running around? But all in due time.

‘A spin-off solo show would be a great idea. I’m so tired of sharing screen time with those five other bitches – I’m done. Give me my own show already!’