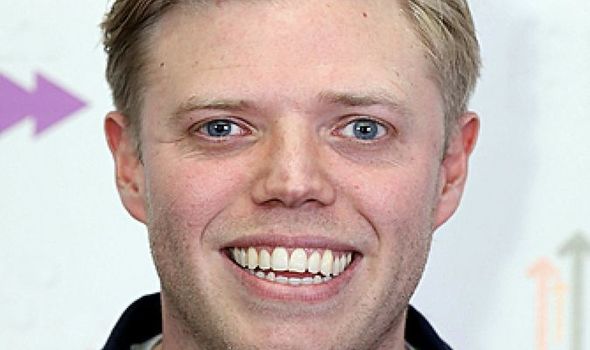 This photo was taken during my second appearance at the Edinburgh Fringe, in August 2011, when I was playing a double bill with comedian Ian Smith, called Beckett & Smith. The Comedian vs Critics football match for Amnesty is an annual fixture in the Fringe calendar. Sadly, the Comedians lost 7-3 this time, but I still enjoyed the game with Mark Watson as our captain. Humphrey Kerr, Chris Martin and Daniel Sloss got goals in.

The year before, I got asked to go up to Edinburgh and be in a compilation show, The Lunchtime Club: Class Of 2010, with Joel Dommett, now an ITV host, Tom Rosenthal, who is in Friday Night Dinner and Plebs, Liam Williams, now making BBC3 sitcoms, and Ian Smith.

At the same time I was in the finals of new act competitions So You Think You’re Funny and Amused Moose.

From that point I realised I could do comedy as a proper job, as I’d looked through all the other finalists and they had all become professional comedians.

So I thought the only reason it won’t happen for me now is my laziness, so I vowed to work harder than anyone else, and knew I’d be all right.

For that first trip to Edinburgh in 2010, I had to pay my own way, but the hardest thing was culturally.

I knew no one, I didn’t even know what the Edinburgh Fringe was.

People said you’ve got to go to Edinburgh and I was like, ‘Why? I’m in London, everything happens in London.’

It was so beyond what someone from my world would go to. My family didn’t understand what I was doing in Edinburgh for a month in August – they thought I’d lost my head.

Other acts are going up there with all their friends and family.

It’s very easy to say you’re skint when you can go back to your parents’ five-bedroom house in the Cotswolds, but when you know you’re going back to a bedsit in Lewisham with no money in your pocket, it’s different.

Growing up in Mottingham, southeast London, my dad, Dave, was a lorry driver, then a taxi driver.

When we were older, my mum, Sue, worked in a library.

I’ve three older brothers, Dan, Russ and Darren, and a younger brother, Joe. It was a lot of fun. 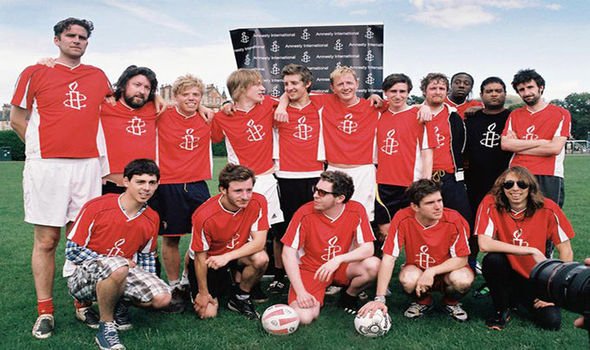 We had a little terraced house, so it was sharing bedrooms.

When my aunties were coming to stay, my mum would say, ‘Go and find somewhere to stay because so-and-so is coming over.’

So you’d stay at your mate’s house.

The main skill I learnt at school was knowing when it was all going to kick off.

I can tell there’s going to be a fight in a pub five minutes before anyone else. I still live near my family with my wife Louise and two daughters.

Romesh Ranganathan and I come from similar backgrounds and we’ve both done well for ourselves.

In the early days I played a gig in Rom’s dad’s pub in Crawley. Rom is one of my best mates.

He’s a lovely family man, we really make each other laugh.

It was such an honour to present the Royal Variety performance together.

I hope people at home thought, ‘If those two blokes from ordinary backgrounds can present the biggest telly event of the year, so can I.’

Rob & Romesh Vs… has given me the chance to try boxing and basketball.

Football’s become a bit boring because Liverpool win everything.

But I was watching basketball every day.I got obsessed with it.

Boxing has parallels with stand-up, because you’re on your own. If a boxer gets knocked out in the first round, it’s humiliating.

And if you’re stood on your own, thinking, ‘I’m funny now,’ and the audience doesn’t laugh, it’s horrendous.”