Adding fuel to the fire? Teresa Giudice’s daughter Gia Giudice revealed how her private conversation with Jackie Goldschneider came to be following their Real Housewives of New Jersey analogy drama.

All Grown Up! Gia Giudice Through the Years

“I, honestly, reached out to her,” Gia, 20, claimed in Entertainment Tonight’s sneak peek of the May 9 episode of Watch What Happens Lives With Andy Cohen’s “The Real Housekids of Bravo” special. “Because I had complaints from my sorority. I was almost put in a meeting, because they wanted to make sure I was OK.”

Two months earlier, Gia found herself at the center of a big feud between her mother, 48, and Jackie, 44, during the season 11 premiere of the Bravo series, which aired on February 17. Things got heated between the Housewives after Jackie used an analogy about Gia doing drugs as a way to stop Teresa from repeating rumors about her husband, Evan Goldschneider, allegedly being unfaithful. 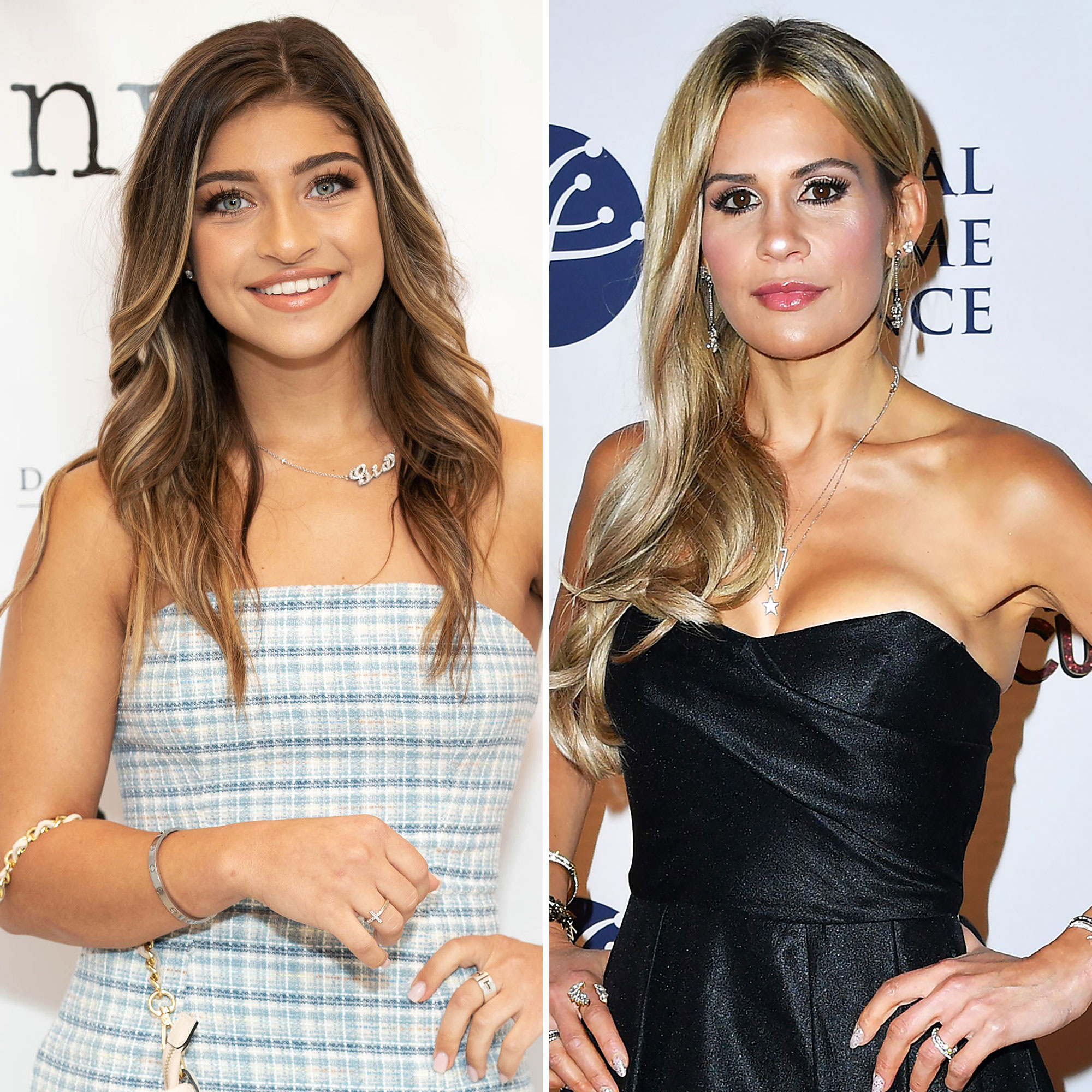 After Jackie compared the cheating claims about Evan, 46, to rumors that Gia “snorts coke in the bathroom” at parties, things just got worse.

“I wasn’t starting a rumor about Gia. I was giving an analogy,” Jackie exclusively told Us Weekly of the altercation in February. “I think that, like, almost everyone will say that that’s an analogy and the truth is that there’s no one else in Teresa’s life that I can make her understand. When you say something about someone you love, whether or not it’s true, it hurts, you know?”

Biggest ‘Real Housewives’ Feuds Ever — And Where the Relationships Stand Today

The journalist added: “I don’t regret that because if I was saying something nasty about Gia, then I would regret it. But I was giving an analogy, which it was pretty clear to almost everyone.” Jackie also tweeted about the comments, reiterating that it was “simply an analogy.”

Gia tweeted about the harsh remarks after the episode aired, writing, “Saying it was an analogy is making it excusable, it’s not. My character is now being questioned. My name was used to make a point. No one should be used in that way, I am suffering the consequences for such an outlandish and untrue statement. While her marriage is happy & in tact.”

Fans learned during the February 24 episode, however, that Gia actually tried to convince her mom to apologize for her part in the heated conversation.

“She said something about me, she’s upset because you said something about her marriage,” the college student told Teresa on the phone. “And not for nothing, if you went about it in a s—tty way that upset her, then you should apologize.” Teresa didn’t take her daughter’s advice, but did call Gia “mature” for her outlook.

Looking back, Gia, who is the oldest of Teresa and ex-husband Joe Giudice’s four daughters, admitted it was a hard thing to watch unfold on TV.

Real Housewives’ Kids: Then and Now

“I dealt with a lot of things because of this analogy, and I made her very aware of that,” she said on the Watch What Happens teaser clip posted on Monday, April 26. “And then, following that, she did apologize and then she did her Twitter apology, which I did … I, like, I thought it was all right, but it wasn’t anything too crazy.”

Although the two did have a private discussion and apologies were given, Gia told Andy Cohen that she was “completely disgusted” by her name being brought up in such a bad way. “No Housewife has ever disrespected me,” she said. “For one person to ever use my name in a poor manner, I was, like, in shock.”

The Real Housewives of New Jersey airs on Bravo Thursdays at 9 p.m. ET.