Prince Philip, 99, was admitted the private King Edward VII Hospital in London on Tuesday evening, the palace said in a statement Wednesday.

It called the admission “a precautionary measure” taken on the advice of Philip’s doctor. The palace said Philip is expected to remain in the hospital for a few days of “observation and rest.”

Philip, also known as the Duke of Edinburgh, retired from public duties in 2017 and rarely appears in public.

Queen Elizabeth II’s husband was last hospitalized in a London hospital in December 2019 for a pre-existing condition. 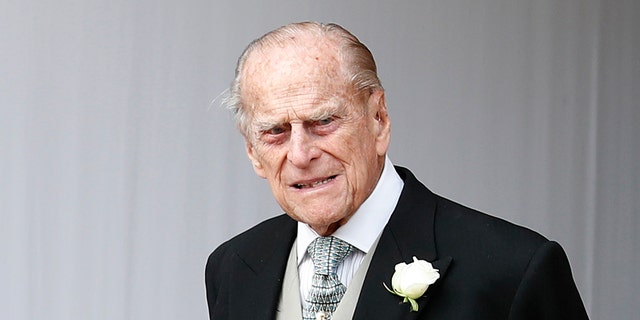 Prince Philip was taken to a hospital in London on Tuesday evening as a ‘precautionary measure,’ the palace has confirmed.
(AP)

“The Duke of Edinburgh traveled from Norfolk this morning to the King Edward VII hospital in London for observation and treatment in relation to a pre-existing condition,” a rep for Buckingham Palace told Fox News in a statement at the time. “The admission is a precautionary measure, on the advice of His Royal Highness’ Doctor.”

At the time, the palace confirmed to Fox News he “walked into the hospital unaided” and “did not take an ambulance” to get to the facility, the rep said. Philip’s 2019 hospital stay lasted four days and he was able to reunite with the queen ahead of the royal family’s annual Christmas traditions.

“The Duke of Edinburgh has today left hospital after being discharged by his Doctor and is now back at Sandringham. His Royal Highness would like to thank everyone who sent their good wishes,” the palace rep stated. 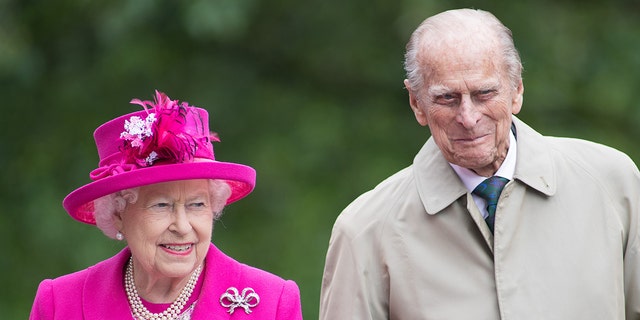 Queen Elizabeth II and Prince Philip, Duke of Edinburgh during "The Patron’s Lunch" celebrations for The Queen’s 90th birthday at The Mall on June 12, 2016 in London, England.
(Jeff Spicer/Getty Images)

Concerns for the British royal’s health have been raised in recent years.

In 2019, the Duke of Edinburgh was involved in a car crash when he attempted to pull out of a driveway near the Sandringham Estate in Norfolk.

Photos of the scene surfaced showing Prince Philip’s black Range Rover overturned. Prince Philip was seen by a doctor as a precaution while the driver of the other car sustained cuts and a passenger broke her wrist. The prince was unharmed, BBC News’ royal correspondent Nicholas Witchell said at the time.

In March 2018, Prince Philip concerned many once again after he missed a traditional Maundy church service due to “trouble with his hip,” a source told People at the time.