Royal reality. Julie Montagu believes that some people in the U.K. didn’t see Prince Harry and Meghan Markle’s relocation to the U.S. coming — but she did.

“Honestly, when they decided to step back, I think the Brits were really, really surprised,” Montagu, 48, told Us Weekly exclusively, while promoting her new American Aristocrat’s Guide to Great Estates series. “I wasn’t. I mean, I’m on record [in a previous interview] saying, in a morning program, that the British tabloid press is so much [to handle] that it wouldn’t surprise me if they move away.”

The Ladies of London alum recalled people referring to Harry’s step back as something similar to King Edward VIII’s abdication of the throne in 1936.

“I think everybody was sad because this has never happened before,” the mother of four explained, claiming that some people in Britain blamed Meghan, 38, for the couple walking away from the royal family. “[Harry, however], made it very, very clear in his speech [when he returned to the U.K. in January] that he was the one who made the decision to move them away. I think he wanted to make that distinction because, clearly, she was getting blamed for it.” 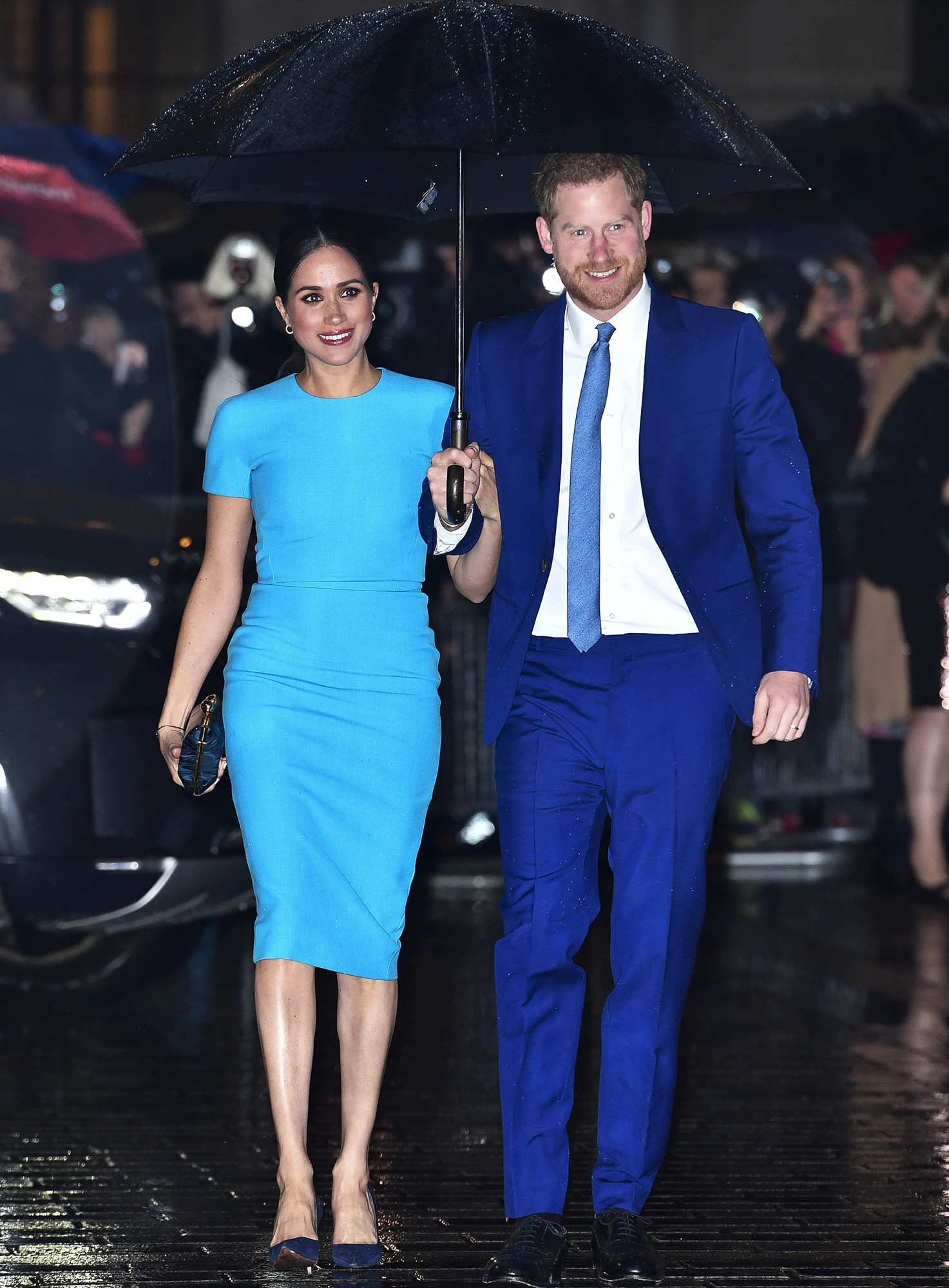 The former reality TV star, who has her own title of Viscountess Hinchingbrooke, pointed out that she thinks Meghan “tried” to assimilate to the English way.

“I think it all got [to be] too much,” Montagu said of the former Duchess of Sussex. “You kind of think, I’m not going to be King, so if I have a choice between happiness and duty, I think I’m going to choose happiness. And that’s what they decided to do. I think good on them.”

When it comes to how Harry, 35, will adapt to life in Los Angeles — the couple moved to the U.S. in March after residing in Canada for a few months — Montagu doesn’t think he’ll experience any culture shock.

“I think he’s going to love it,” the yoga instructor said. “I don’t know if there’s necessarily going to be a culture shock because who doesn’t love L.A.? They’re going to have a lot more freedom.”

After predicting the pair’s initial departure from England, Montagu is confident that the duo will remain outside the U.K. for the foreseeable future. 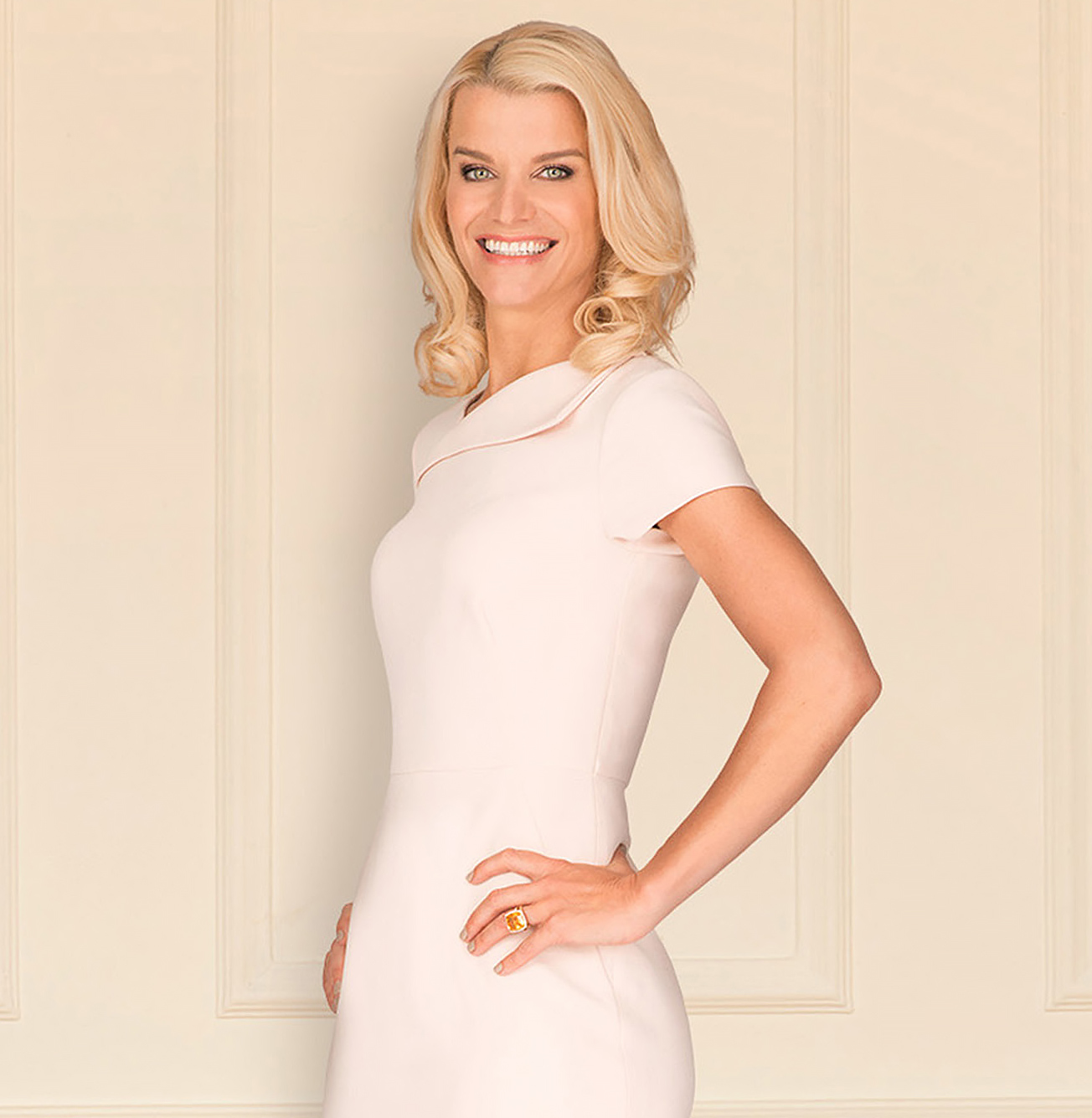 “I don’t think that they do want to come back,” the Illinois-born star told Us. “I think that they’re at a point of no return. I think they’re like, ‘This is where we’re going to make home.’”

Unlike Harry and Meghan, Montagu has fully embraced the English way of life, and with her new TV show, An American Aristocrat’s Guide to Great Estates, she’s giving the rest of the world an inside look at its most magical properties.

“If you want to be transported to literally some of Britain’s finest estates, especially now that their doors are closed, to get a real inside peak and do some fun things with me [then tune in],” she said of the new eight-part series. “Basically, I take you on the journey.”

Catch Montagu on An American Aristocrat’s Guide to Great Estates’ premiere on the Smithsonian Channel on Sunday, May 17, at 9:00 p.m. ET.

With reporting by Christina Garibaldi