Prince Harry boarded a plane at Los Angeles International Airport headed for London’s Heathrow Airport on June 24, according to the Daily Mail, and there’s already been some drama. The Duke of Sussex will quarantine at Frogmore Cottage for at least five days before making an appearance at the unveiling of a Princess Diana statue, set to take place at Kensington Palace on July 1. “Harry touched down at Heathrow’s Terminal Five at 12.38pm today on a Boeing 777-323 on American Airlines flight AA134, which left Los Angeles International Airport last night at about 7pm local time,” the Daily Mail reports.

This trip marks Harry’s second trip back to the UK this year; he previously flew to London back in April to attend Prince Philip’s funeral. With a new baby at home, however, Harry is not expected to stay in London for longer than necessary. A source told Us Weekly that this trip will be “fleeting” as the duke really wants to get home to his wife, Meghan Markle, and the couple’s two children; Archie and Lilibet Diana. And while Harry likely hopes that everything will be smooth sailing this trip, he was supposedly at the airport when something crazy went down. Keep reading to find out more. 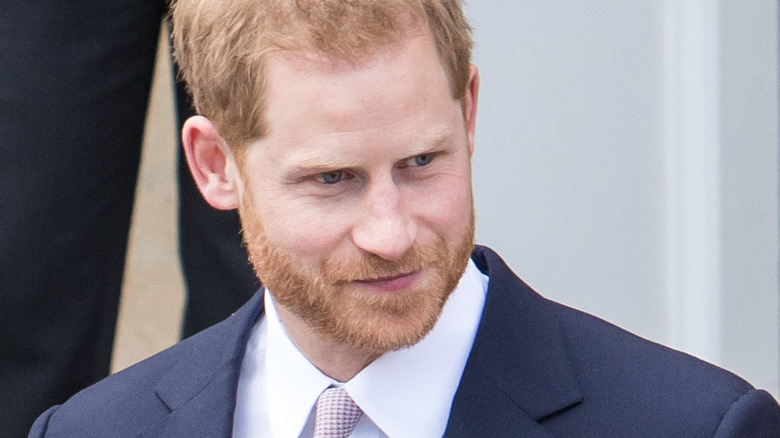 Prince Harry is believed to have been at LAX when a high-speed chase was going on outside, according to Page Six. The Duke of Sussex was getting ready for his flight when a car crashed through an airport gate and wound up on the tarmac at the airport. “Police say that the male driver of a gray Mazda hatchback, with the letters ‘SOS’ written on the hood, turned off Imperial Highway on the south side of the airport and headed straight for the gate at the FedEx warehouse. After crashing through the chain-link gate, the driver sped past a line of FedEx jumbo-jets parked on the tarmac and then proceeded to speed across runways 25 Left and 25 Right. He did a u-turn and crossed them again,” according to CBSLA.

While Harry had nothing to do with the chase, it’s possible that he saw some of the action unfold — or, at the very least, heard about what was going on outside. The CBSLA report confirmed that no one was injured in the pursuit and the car did not collide with anything while driving through the busy airport grounds. The driver of the car was arrested by police — and Harry’s flight took off without issue.