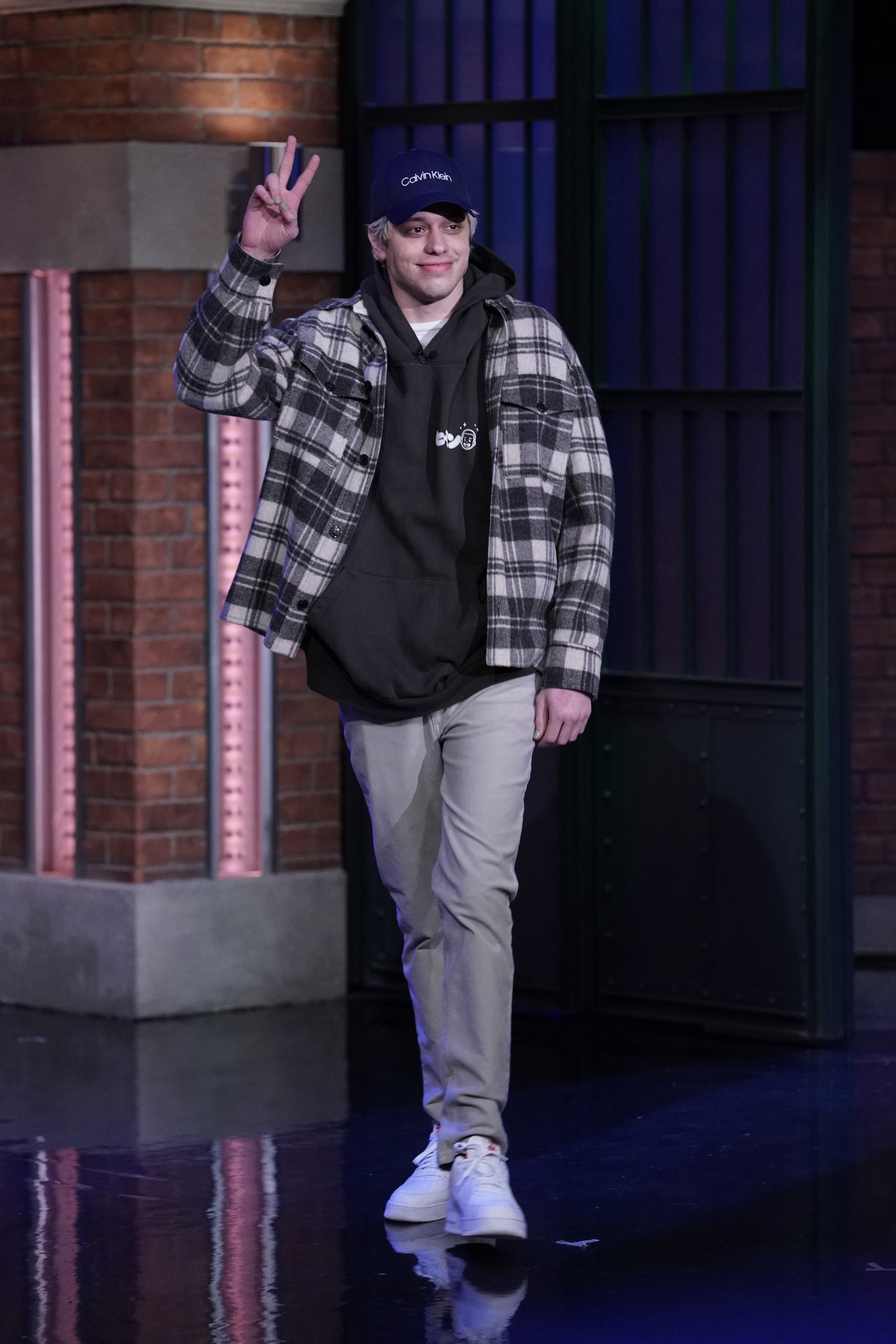 Pete Davidson is about to embark on an out-of-this-world adventure. The “Saturday Night Live” star was invited to be on Jeff Bezos’s Blue Origin space shuttle, New Shepard, alongside five other people, the company revealed on March 14. This mission is Blue Origin’s 20th in total and fourth flight with humans.

During Davidson’s trip to space, he and the rest of his crew will bring postcards past the stratosphere and back as part of the Club For the Future foundation. The foundation has a program called Postcards to Space, which allows younger generations interested in science, technology, engineering, and math (STEM) to send their letters and get them stamped showing they were in space.

Davidson’s invitation to go to space comes months after he attended a dinner party at Bezos’s home in January alongside his girlfriend, Kim Kardashian. Kris Jenner, Corey Gamble, and the Amazon founder’s girlfriend, Lauren Sanchez, were also there, People reports.

The 28-year-old comedian is set to fly to space on March 23. He’ll be on the ship with business moguls and people working in STEM fields, including Marty Allen, wife-and-husband duo Sharon and Marc Hagle, Jim Kitchen, and Dr. George Nield. You can live stream the launch on March 23 here.