Paddy McGuinness, 46, retweeted a post by one of his followers that shared an exchange between them and a person seemingly pretending to be him. The account used pictures of the Top Gear star, however, called themself “William” and said they lived in Texas.

Paddy is famously from the north of England, born in Farnworth and rose to fame with the help of Peter Kay.

The pair starred in That Peter Kay Thing, Phoenix Nights and Max and Paddy’s Road to Nowhere.

However, the catfish thought they could dupe an unsuspecting person into believing they looked like Paddy, with a collection of his pictures on their profile.

A fan of the Top Gear star called Caz messaged the catfish: “All your pictures are of Paddy McGuinness? 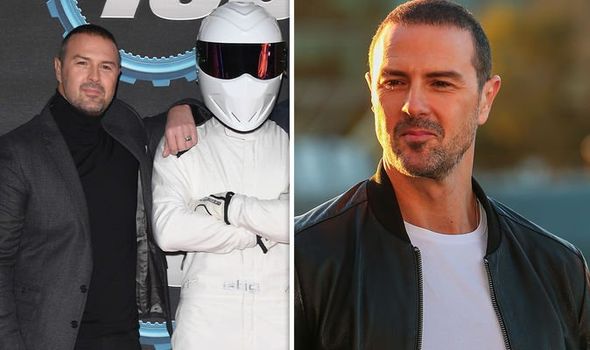 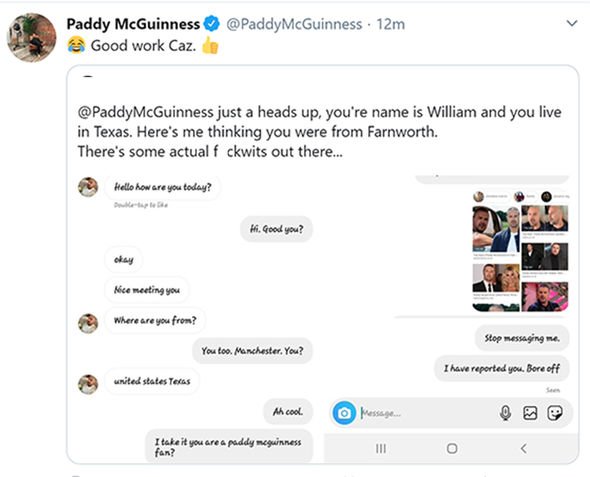 “He’s a celebrity over here; you might want to use someone not famous if you are going to catfish somebody.

It comes after Paddy was involved in a car collision this week while filming the new season of Top Gear. 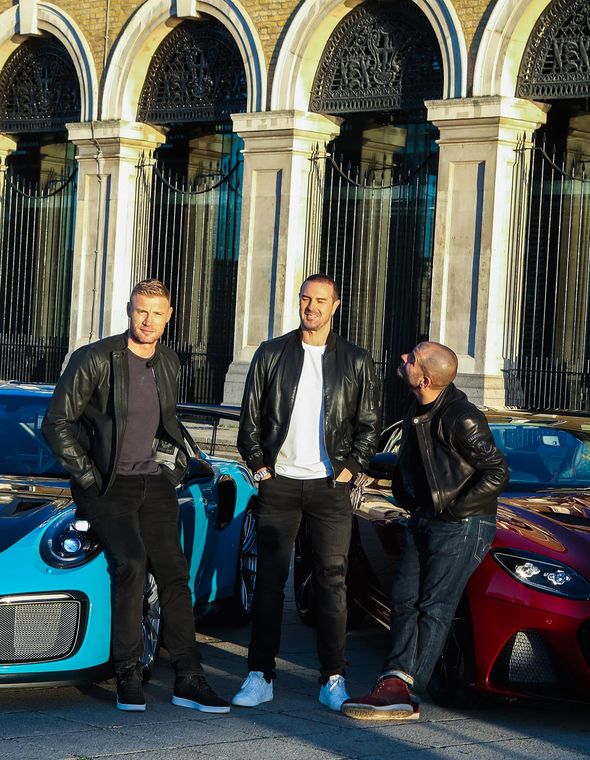 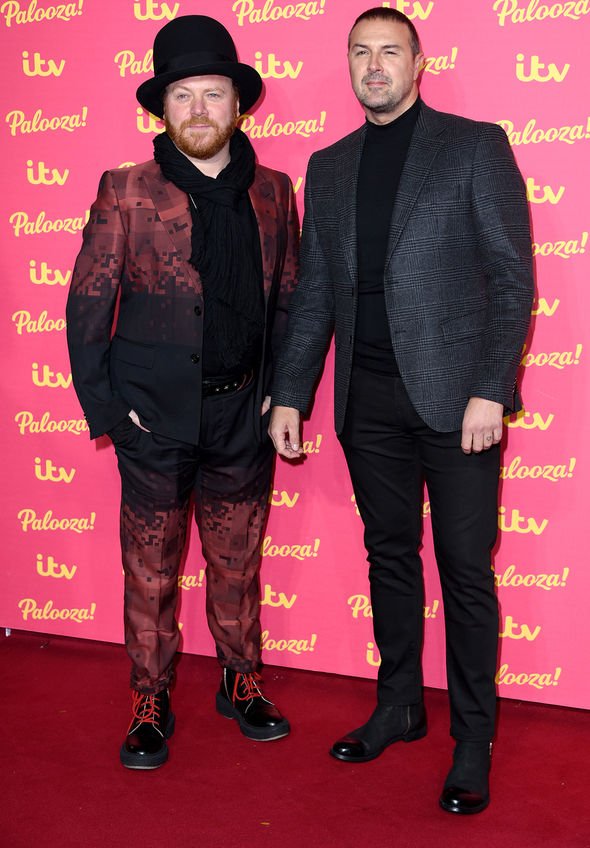 The 46-year-old was last shaken up after losing control of a £250,000 Lamborghini he was driving.

He shared a video after the accident with his 1.6 million Instagram followers, showing damage to the vehicle.

Speaking to the camera, he said: “Hello there! Back filming again today with Top Gear.

“I thought I would show you the Diablo. It’s on the back of a low loader. Gutted.

“As you can see, the damage underneath there. Hopefully, fingers crossed, we can get her back on the road and what have you.”

“It wasn’t as bad as was made out yesterday, to be honest, but just shows you, a little bit of oil on a wet road, lethal,” he said. “And I was only going about 35mph.

“Anyhow, we live to fight another day. We’re in that now, the mighty Skoda. That’s the whip today. Right, butty van.”

He captioned the post: “Back in the saddle! Get the kettle on.”

After the scary incident, Paddy said he was going to have “a cup of tea, a paracetamol, and a cry”.

Paddy’s wife Christine took to Instagram to share a selfie with him and said he was “absolutely fine” after the incident.

She added that it was ‘a minor incident’ and Paddy was “all good”, as the “Lambo got it much more than he did”.