The victim, 52, was outside a store in Queens on Tuesday when the suspect shoved her with such force that she hit her head on the concrete and “passed out on the floor,” according to the victim’s family and reports.

“She left the hospital with 10 stitches in her head,” Munn, 40, wrote on Twitter, along with a picture of the suspect. “We’re gonna find this guy. Queens, Internet, please… do your sh–.”

Police said the suspect was wanted in connection with the incident, which followed a verbal dispute.

The victim’s daughter, Maggie Kayla Cheng, in a post on social media, said her mother was hospitalized.

RUSH LIMBAUGH’S FINAL CALLER SAYS HE WAS ‘BOLD’ AND ‘DYNAMIC’ 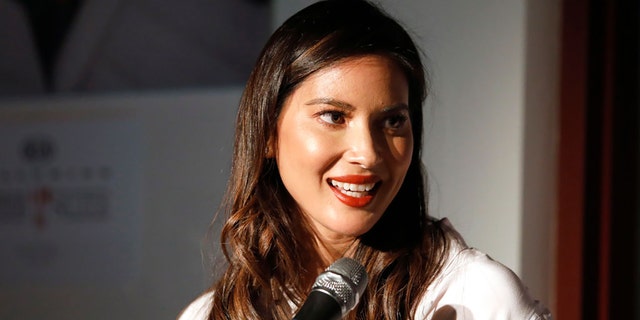 The “X Men: Apocalypse” star spoke out against anti-Asian bias in a lengthy post on Instagram last week.

“Over the past few days I’ve found myself at a loss for words at the rise of anti-Asian hate crimes,” Munn wrote. “The racist, verbal, and physical assaults have left my community fearful to step outside. These hate crimes have spiked since Covid and continue to increase even though we ask for help.”