The dancer, 38, revealed via her Instagram Story on Thursday, April 23, that they’re currently in a “bit of a waiting game” following her husband’s April 18 leg amputation surgery.

“The doctors said that there was nothing on the MRI [earlier this week] that would show that he won’t wake up, which is amazing,” Kloots told her followers. “We are so happy about that because that was a big worry for all of us.”

She added that the Broadway star, 41, hasn’t woken up, however, in the 12 days he’s been out of sedation.

“The doctors do think that he should have woken up by now,” she revealed, noting that Cordero was “heavily sedated” for 13 days before that. 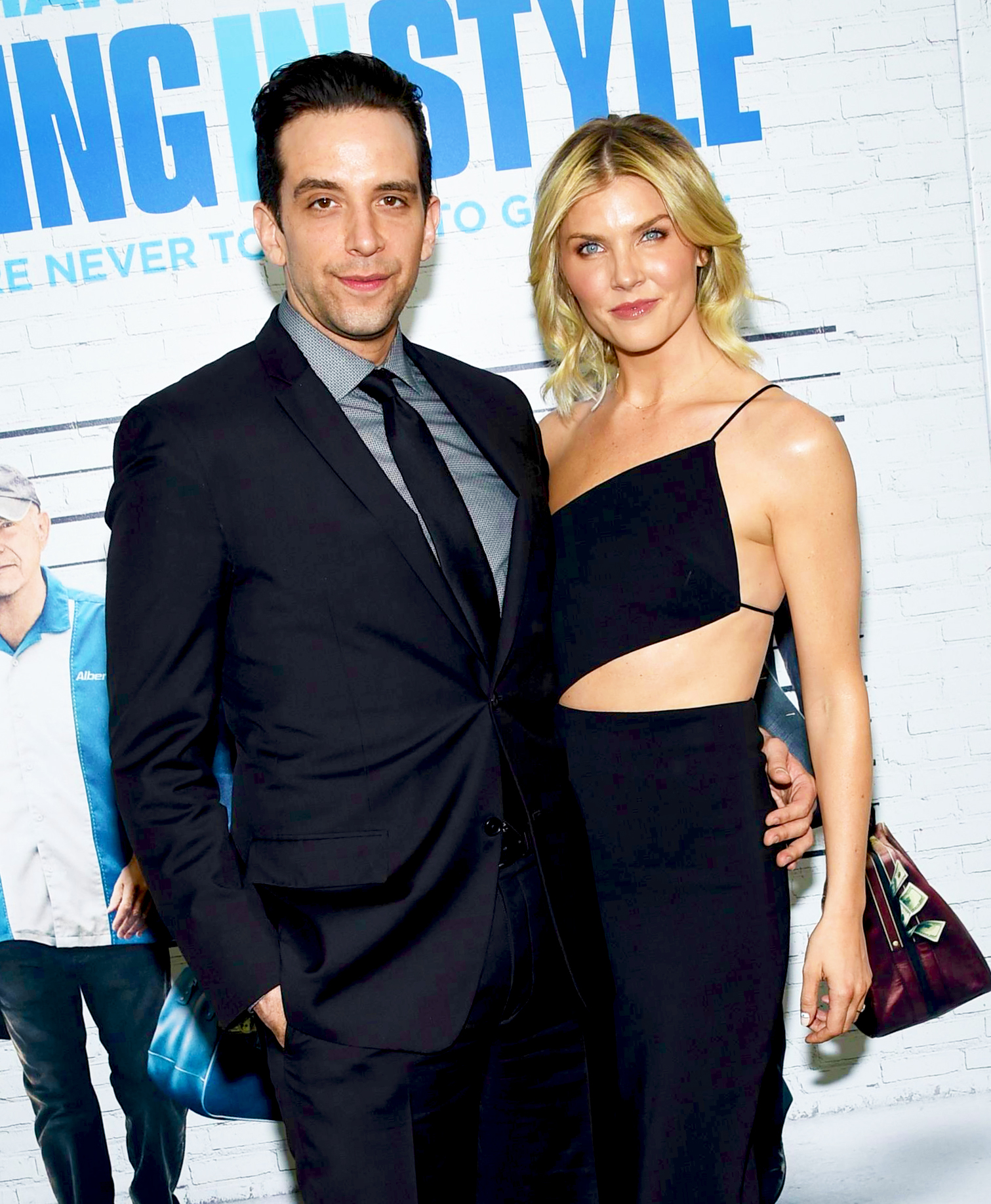 The fitness instructor, who shares 10-month-old son Elvis with Cordero, explained that for now the family are “just hoping and praying every day that Nick wakes up, and putting that energy and positivity out there because I do believe he will.”

Kloots added: “He’s on Nick time and when he wakes up, we’ll all be here to celebrate it.”

As the Canada native continues to fight for his life, Kloots told her followers that the doctors are slowly working on taking him off the ventilator and “slowly reducing his medication and the machines he’s on.” At this time, Cordero is “completely” off the blood pressure medicine, which Kloots said “is great” and the medical team is focused on reducing his dialysis assistance.

One day prior, the Ohio native gave her fans a peek into her life with Cordero before his battle with COVID-19.

She revealed during an Instagram Story on Wednesday, April 22, that there is a “great oneliner” that her love said once to her that she’ll never forget. Kloots recalled a night at the Rainbow Room in New York City where she and her husband were one of very few couples inside dancing.

“I love the Rainbow Room, I love anything iconic New York,” she said of the romantic venue. “It wasn’t really crowded.”

The former Radio City Rockette explained that Cordero looked at her while they were dancing and said, “Amanda Kloots, you were made for rooms like this.”

She added: “I have never forgotten that and it’s just another thing we will get back to doing one day, dancing at the Rainbow Room.”

The Rock of Ages star was admitted to the intensive care unit at Cedars-Sinai Medical Center in Los Angeles on March 31. There, he was put on a ventilator and has remained unconscious since being admitted.

The Bullets Over Broadway star was diagnosed with COVID-19 on April 1, after being misdiagnosed with pneumonia, according to his wife. He leg was amputated two weeks later as a way to treat a blood clot, which hadn’t been alleviated by blood thinners as planned.

Given the constantly evolving nature of COVID-19, Us Weekly wants our readers to have access to the most accurate resources. For the most up-to-date coronavirus information, guidance and support, consult the CDC, WHO and information from local public health officials. If you’re experiencing coronavirus symptoms, call your primary care provider for medical advice.