Mena Suvari has a new perspective when it comes to a specific memory of working with Kevin Spacey on the 1999 critically acclaimed film American Beauty. ET’s Lauren Zima spoke with the 42-year-old actress about her memoir, The Great Peace: A Memoir, and Suvari reflected on a strange encounter with the actor while they were filming.

Suvari plays Angela in the film, the best friend of Spacey’s character Lester’s daughter, whom he becomes obsessed with. In her memoir, she writes that on the day that she and Spacey filmed an intimate scene in which they lie together on a sofa, in between takes, he took her into a small room with a bed, laid down with her and held her. Suvari, who was 19 at the time of filming while Spacey was 39, said he made no sexual advances toward her in the room.

Suvari told ET that she thought more about the experience after multiple people came forward with allegations against Spacey. Actor Anthony Rapp accused him in 2017 of making unwanted sexual advances toward him in the 1980s, when he was 14 years old, and more accusers later came forward. Spacey has denied the allegations against him.

“I mean, upon hearing the accusations I wondered a little bit more about that moment that we had in that room,” Suvari says. “But by me sharing that story was really to exhibit where I was at. … Why was that just natural or OK for me to just be in these rooms with older individuals, mainly older men? In this intimate, you know, situation? I talk about in the book how even when I came out to Los Angeles and living at the Oakwood, I was like 15 and I ended up with someone who was about 26 in their apartment and just kissing and making out and that was it.”

“So, it’s to show another example of how it was just commonplace for me,” she continues. “And what I’m trying to address is like, why that was just OK? Why that was OK for me, why I never questioned it, why I never asked, you know, what was happening at the time, and why I just considered that part of my job? That’s the question that I had around it.”

In her memoir, Suvari opens up about her painful past, revealing that she was the victim of repeated sexual abuse when she was between the ages of 12 and 20, and turned to drugs to escape. The actress says that her past encounters was the reason she never questioned any behavior on set.

“It was just to show another moment of how it was just kind of like, ‘Oh, this is what you want to do with me? Or, like, ‘This is what you want with me?’ she explains of her thoughts at the time of her encounter with Spacey. “And even if I didn’t totally understand that then, or what was really happening, or what was being asked of me, it was more that it just feels so surprising to me that that was just commonplace. It was like OK, like, that’s just part of my job. How do you want me, right? How do you want to use me for whatever benefit? It was just to show it was so many of those moments, right? She looks 18, we dress her up and we have this.” 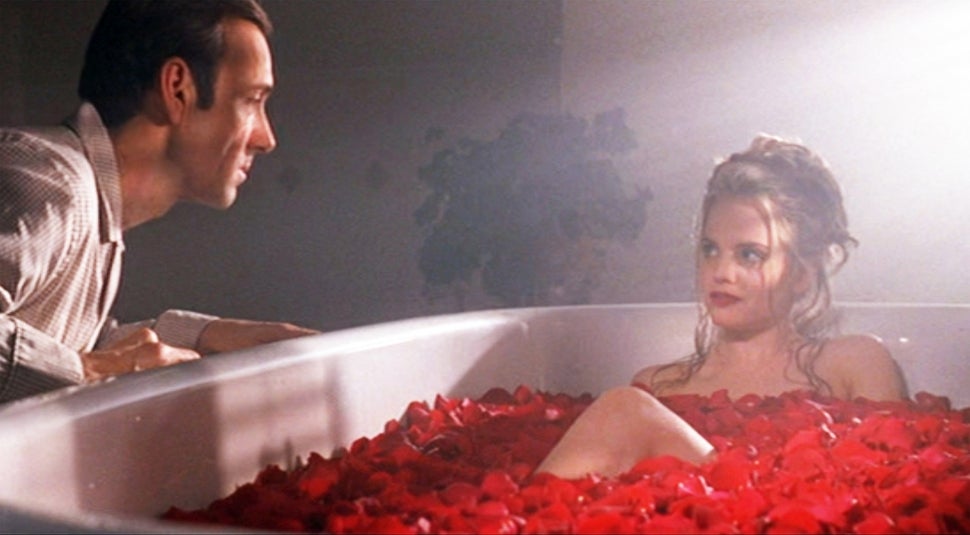 Suvari notes that filming American Beauty was a welcome escape at the time from her troubled personal life.

“Going to that set every day and, you know, maybe it was just something that was so wonderful and so beautiful that I, you know, would’ve taken it any way that I could’ve, right?” she shares.

Suvari said she was not close to Spacey or anyone in the American Beauty cast.

“For me, so much of that time was simply feeling grateful that I had a job,” she explains. “Everyone was really wonderful to me. But I wasn’t very close with anyone. I was never close with anyone on American Beauty, I wasn’t close with Thora [Birch]. I didn’t get close with Wes [Bentley]. I was there, but I didn’t share any more than that. It was just very kind of separate and that’s how I saw things, too. … So much of it for me was about me feeling that I really deserved it in any way, too.”

Suvari said it now feels “liberating” to open up about her past experiences and personal trauma.

“I mean, I’m very ready to share,” she stresses. “I was very ready to tell my story. I couldn’t go any further and necessarily look at, you know, what that would look like because I initially didn’t even think that I would write a book. So all of this has been very surreal for me to experience and it’s beautiful, I’m very grateful for it. I’m very grateful that someone gave me the opportunity to tell my story. But yeah, it’s very strange because I’m still processing all of this that I’m talking about. It’s not that this is over. So it’s sharing. I kind of joke that it’s therapy with the world.”

The actress and new mom said her fans will be shocked reading about her past.

“I was quite shocked to have experienced a lot of it,” she notes. “I experienced that every time I think upon my life, you know, think upon my past. But it’s truly that I felt such a deep need to share and then if anything, it was in hopes to give back and help and inspire in some way. I’ve always said if I could shave off a summer of suffering for someone, then I wanted to do that. If I could be that person for someone, the person that I felt like I never had, then I wanted to be that person.”