Megan Fox and Machine Gun Kelly stayed close during the Yungblud concert at the famous Whisky A Go-Go venue in West Hollywood and were even photographed having fun with a piggyback ride at one point.

Megan Fox, 35, and Machine Gun Kelly, 31, turned heads when they attended a Yungblud concert in the City of Angels on the night of June 25. The lovebirds stayed close to each other while being photographed leaving the Whisky A Go-Go music venue around a crowd and held hands. At some point during the outing, the actress hopped on the rapper’s back as he gave her a cozy piggyback ride which helped to show off their bond. 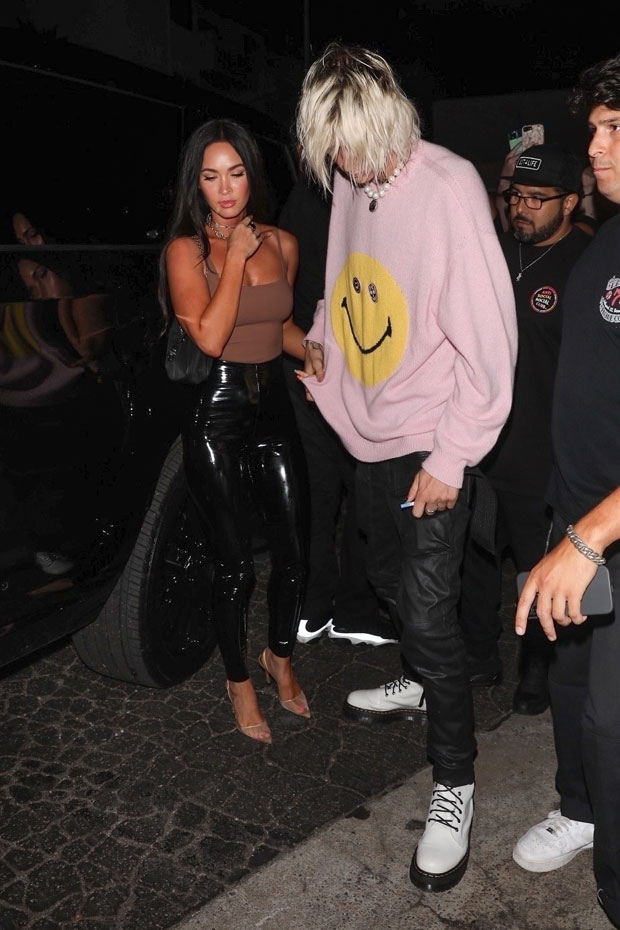 Megan rocked a stylish outfit at the show and it included a brown tank top and black PVC pants. She also wore see-through heels. MGK also looked cool in a light pink sweater that had a big yellow smiley face on the front along with black leather pants and white boots. 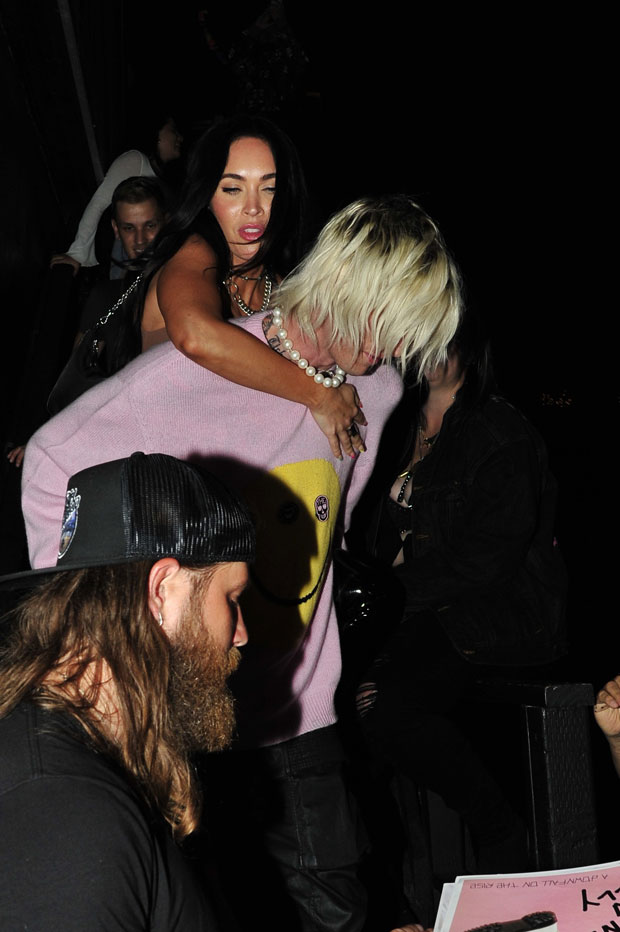 Both stars also accessorized with jewelry. Megan wore silver necklaces and carried a black purse over one shoulder while MGK wore thick white pearls. The beauty also had her long dark locks down and her beau’s bright blonde chin-length locks were down and gave off a fun shaggy look.

Megan and MGK’s latest outing comes just one day after they were seen cuddling up during a date night in L.A. They held hands while supporting Travis Barker‘s step-daughter, Atiana De La Hoya‘s PrettyLittleThing-sponsored Galore Magazine bash at The Mondiran Hotel and were all smiles while walking outside. Megan rocked a cute outfit that included a brown cropped jacket over a red top and light blue jeans and MGK wore a long-sleeved graphic top with tie-dye sleeves and the words “Dream Of Me” on the front and blue jeans.

Megan and MGK’s recent PDA-filled nights are just some of many they’ve had since they started dating in early 2020. They just celebrated their one-year anniversary and MGK took to social media on May 25 to let the world know the day marked the first time Megan told him those three words. “She said ‘I love you’ one year ago today,” he wrote in a tweet that fans gushed over.