She petitioned a New York court for an emergency divorce from estranged husband Olivier Sarkozy.

But on Thursday, a Manhattan judge denied Mary-Kate Olsen’s request, ruling it wasn’t an essential matter, according to PageSix.com.

The former Full House star, who’s 33, had claimed her 50-year-old husband is kicking her out of the apartment they share in the city, giving her only until Monday to find a new home amid the coronavirus lockdown. 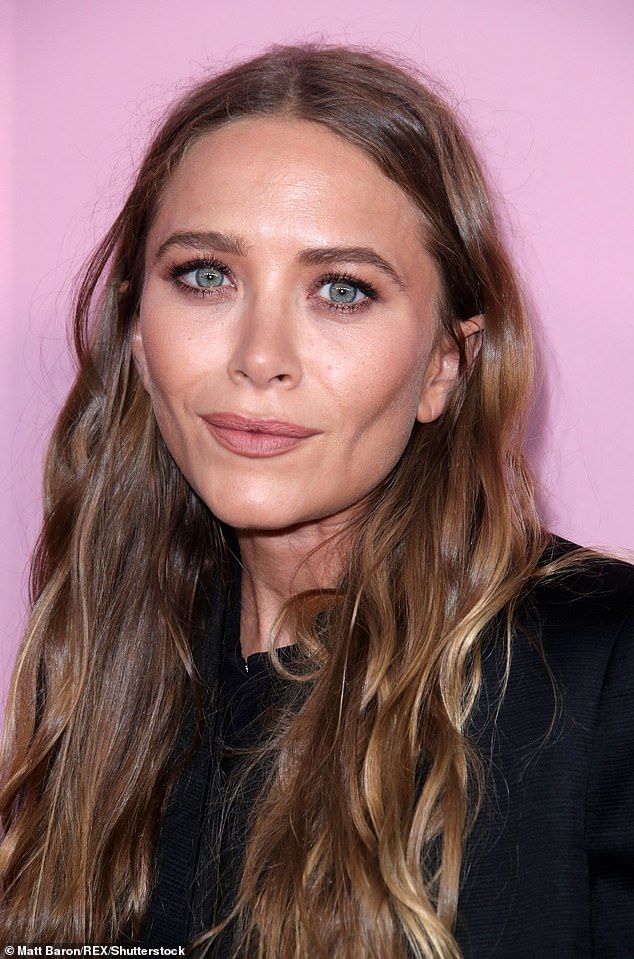 She explained that Sarkozy, whom she married in 2015, had terminated the lease on their shared residence without her consent.

In her petition filed Wednesday, Mary-Kate stated: ‘I am petrified that my husband is trying to deprive me of the home we have lived in and if he is successful, I will not only lose my home but I risk losing my personal property as well.’

In her divorce papers, Mary-Kate asked the court to uphold the terms of the prenum she and Sarkozy signed.

She is seeking the continued use of their home in The Hamptons home, their apartment in New York’s Gramercy neighborhood and an apartment on East 49th Street apartment in the city.

She is also requesting that her ex continue to provide her with health and dental insurance, PageSix.com reported. 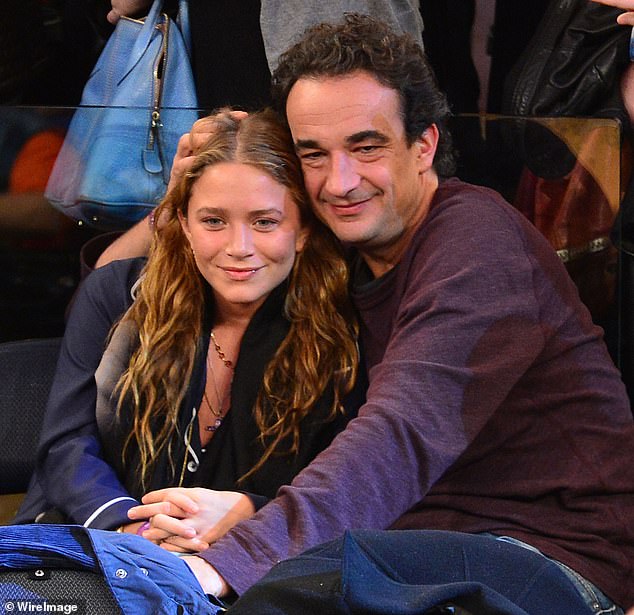 The former Full House star, 33, filed the petition Wednesday claiming her ex was seeking to throw her out of their shared New York City apartment during the coronavirus lockdown

Mary-Kate first submitted her divorce petition on April 17 stating that her marriage had irretrievably broken down.

However, the fashion designer and avid equestrienne was told that New York City courts are not accepting divorce petitions during the COVID-19 pandemic that has to date taken the lives of more than 21,000 New Yorkers.

She had then filed a request for an emergency order for the divorce papers to be accepted and for the court to proceed with her petition, adding that she and Sarkozy had been separated ‘for at least six months’.

She had explained that she is unable to ‘look for another apartment right now, let alone retrieve my separate property belongings and am gravely concerned my husband will dissipate, dispose of and / or secret.’ 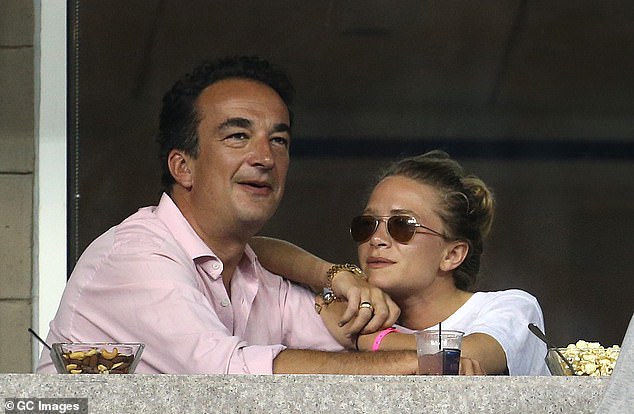 The actress turned fashion designer and the French banker started dating in 2012 and tied the knot three years later. They’re pictured together in September 2014

They tied the knot in front of 50 guests at a private home in Manhattan three years later.

The last time they were seen together in public was in November when they were with her twin sister Ashley and her artist beau Louis Eisner, 30.

On Thursday, sources claimed to People that the couple’s relationship had floundered over Sarkozy’s desire for his wife to be ‘more available.’

‘She’s super career focused and he’s very French and wanted her to be more available,’ the source claimedy, before adding: ‘You can’t control a girl who has been on the billionaire track since her 20s.’ 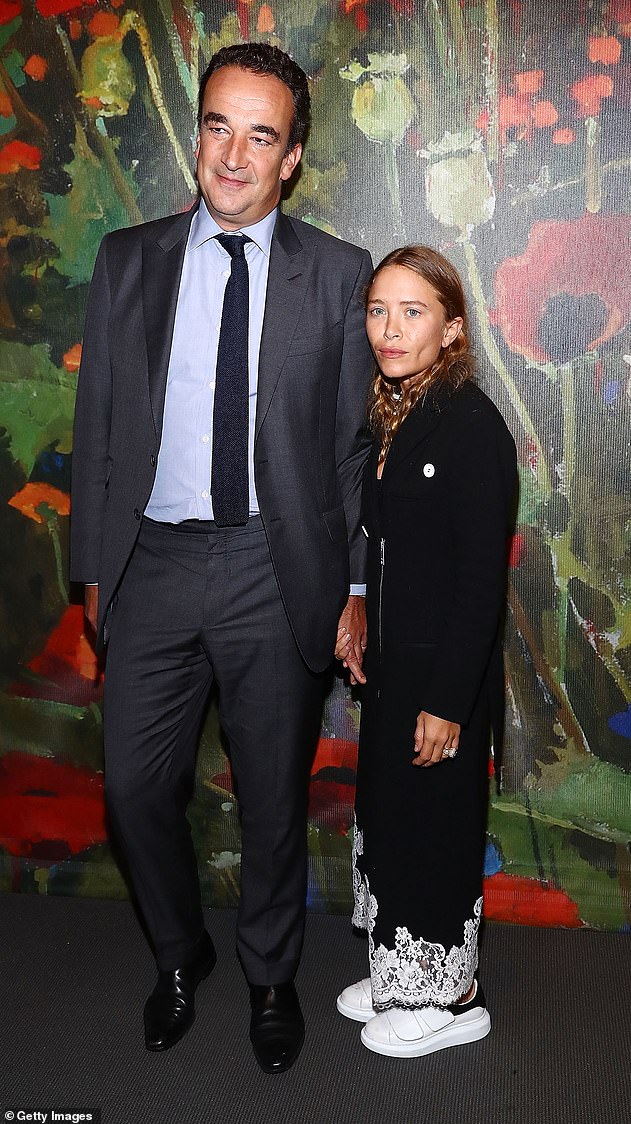 On Thursday, sources claimed to People that the couple’s relationship had floundered over Sarkozy’s desire for his wife to be ‘more available.’ They’re pictured in October 2017

In 2007, Forbes ranked Mary-Kate and Ashley jointly as the 11th-richest women in entertainment, with an estimated combined net worth of $100 million.

The sisters found fame early when, at the age of one, they were cast to share the role of Michelle Tanner in the sitcom Full House that premiered in 1987.

After the show ended in 1995, they continued to star in TV movies and direct-to-video releases.

The turned their celebrity into a multi-million dollar business, marketing a strong of products using their names and likeness including dolls, perfume, clothes and books.

In 2012, they announced their retirement from acting to focus on fashion and now run the successful brands The Row and Elizabeth And James. 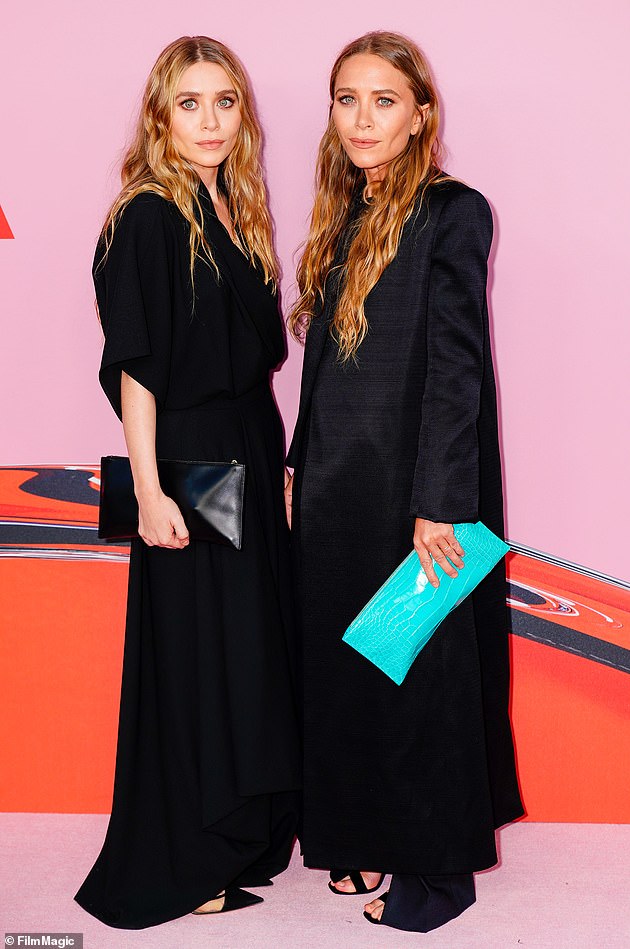