Marvel Comics is about to break a lot of hearts by killing off one of its Avengers.

Doctor Strange – played by Benedict Cumberbatch on the big screen – is going to be no more with the release of the Death of Doctor Strange comic miniseries in September.

Jed MacKay (Black Cat, Moon Knight) is writing the books and artist Lee Garbett (Captain Marvel) is illustrating the five-part series, but we’ll have to wait and see if Stephen Strange saw it coming using his Eye of Agamotto or not.

“‘What happens to the world if Doctor Strange isn’t in it?’ It’s a question that I’m excited to show people the answer to in Death of Doctor Strange,” MacKay said in a press release.

“Strange has been a Marvel fixture from the early days, but now, his time has run out and as a Strange fan, it’s been my bittersweet privilege to shepherd him through his last day and the effects that snowball out of it. We’ve cooked up a whale of a story to send Strange off with, and I can’t wait for people to join us on it!”

Garbett added that it’s “the perfect finale” for the character. 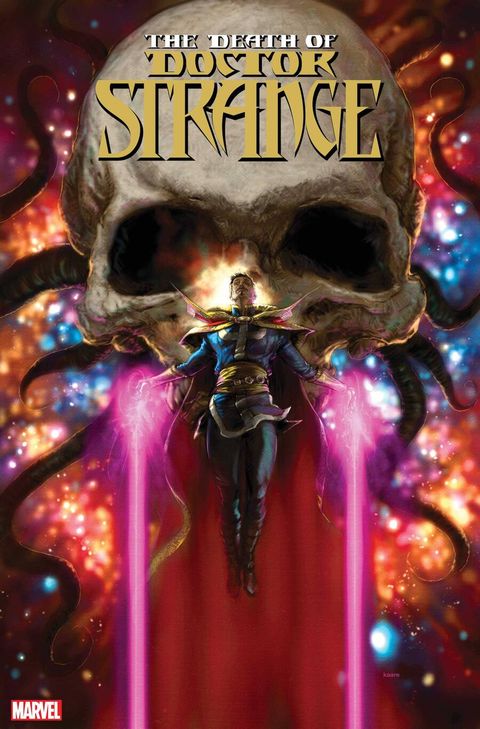 “Doctor Strange has long been top of my ‘most coveted character’ list. To finally get chance to draw him in such a momentous series is… well, magic,” Garbett teased.

“I couldn’t be more excited for the project and for everyone to see what we’ve got in store for Stephen and those closest to him. Jed’s conjured the perfect finale for Doctor Strange – and it’s a real third eye-opener! See you in September!”