Laura Tobin, 38, works alongside Piers Morgan, 54, in her role as a weather forecaster on Good Morning Britain. The meteorologist delivered her latest weather update via video link at home.

Laura decided to unveil her skills by playing the flute during a live broadcast but was eventually asked to “leave it alone” by Piers.

The meteorologist didn’t appear too confident to take on the challenge as she admitted it had been a long while since she played the instrument.

Laura said: “Well, I don’t know what to play,” as she held the flute to her lips. 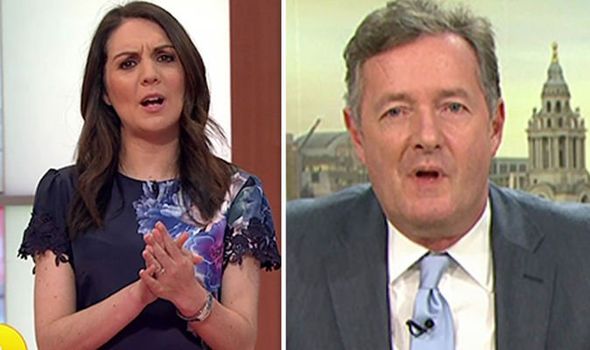 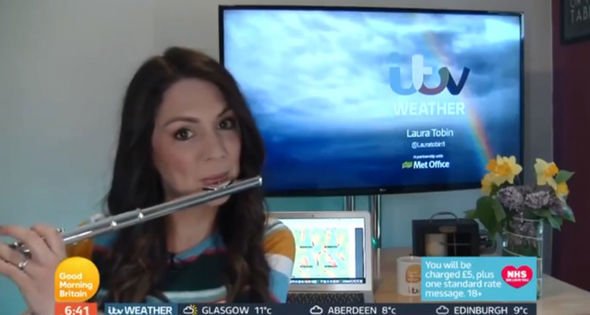 From the GMB studios, Piers shouted: “Play something you know. What can you play?”

“I haven’t played the [flute] in about four years,” she replied. 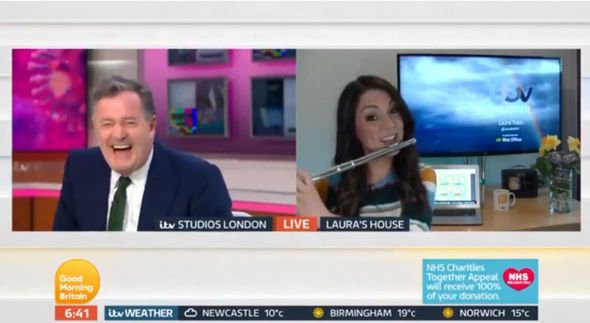 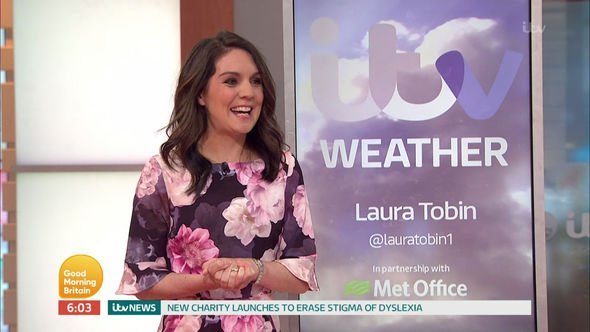 However, mid-way through the performance, the weather forecaster seemingly appeared to trip up while playing the flute.

As she continued, Susanna chuckled at her co-star before giving a weary face, as Laura appeared to be out of tune.

Piers appeared to have heard enough from his colleague, as he urged her to move onto the latest weather forecast.

“Okay, alright. We better leave it there,” he said, before bursting out into laughter.

Finally giving in, Laura shrugged her shoulders as she apologised for her performance.

Despite the GMB host’s cheeky dig, Laura played her flute for the second time.

Piers interjected: “Laura, what is the weather going to be like?”

Moving on from her flute performance, the meteorologist decided to give an update to viewers instead.

“[The weather] is going to be good for cloud spotters actually. And there’ll be some much-needed rain in the gardens too,” Laura replied.

It is not uncommon for Piers and Laura to often go back and forth with each other on the ITV breakfast programme.

Good Morning Britain airs weekdays on ITV at 6am.