2021 has already been chaotic and tragic AF and we aren’t even in March yet. The latest in a string of bad news is that Lady Gaga’s dog walker was shot and two of her Frenchies nabbed. Gaga recently jetted off to Rome to film an upcoming project and she left her precious French bulldogs in her Hollywood home. Gaga’s dog walker, Ryan Fischer, was out walking three of her bulldogs around 10:00 p.m. Wednesday night when he was approached by at least one gunman. Some words wore exchanged, Ryan was shot several times in the chest and two of the bulldogs were dognapped. Gaga is offering a $500,000 reward for the return of her dogs no questions asked. Currently Ryan, the dog walker, is in critical condition in the hospital but it is said he will recover. Below are more details via TMZ:

Lady Gaga’s dogs were targeted by thieves Wednesday night … thieves who shot her dog walker and stole 2 of her French Bulldogs … law enforcement sources tell TMZ, and we’re told Gaga is offering $500,000 for the return of her dogs, “no questions asked.”

The dog walker had three of Gaga’s Bulldogs out in Hollywood just before 10 PM when one gunman — and possibly more — came upon him. We don’t know what was said, but the dog walker was shot and the gunman made off with 2 of the dogs, named Koji and Gustav.

There are reports there were only 2 Bulldogs being walked with one taken and one escaped that was later found, but our law enforcement sources tell us 3 dogs were being walked and 2 were taken by the gunman. We’re told the 3rd dog had run away but was later recovered.

Law enforcement does not know if the target was Lady Gaga’s dogs specifically. French Bulldogs are in demand and expensive, so our sources say it’s possible the gunman did not know the dogs were owned by Lady Gaga.

I am sorry but that reward should not have the “no questions asked” caveat. A man was shot and almost lost his life. I am convinced that the gunmen knew that the dogs belonged to Gaga. Either way I didn’t realize that French bulldogs were so expensive and in so much demand that people would literally kill for them. Also, I find it suspicious that these thieves waited until Gaga left town before trying to nab Koji and Gustave (the dogs). Thankfully Asia, the third Frenchie, was smart and quick enough to get away. Someone had to be watching her spot or the dogs. I am sure once Ryan recovers he will be able to identify the assailants. What a horrible incident. Gaga has had to deal with so much these last few years and I hate that this happened to her and Ryan. I am glad that Ryan is ok and one of the dogs got away. I do hope that Koji and Gustav (the dogs with adorable names) are recovered and the perpetrators are brought to justice.

Lady Gaga in Rome this week: 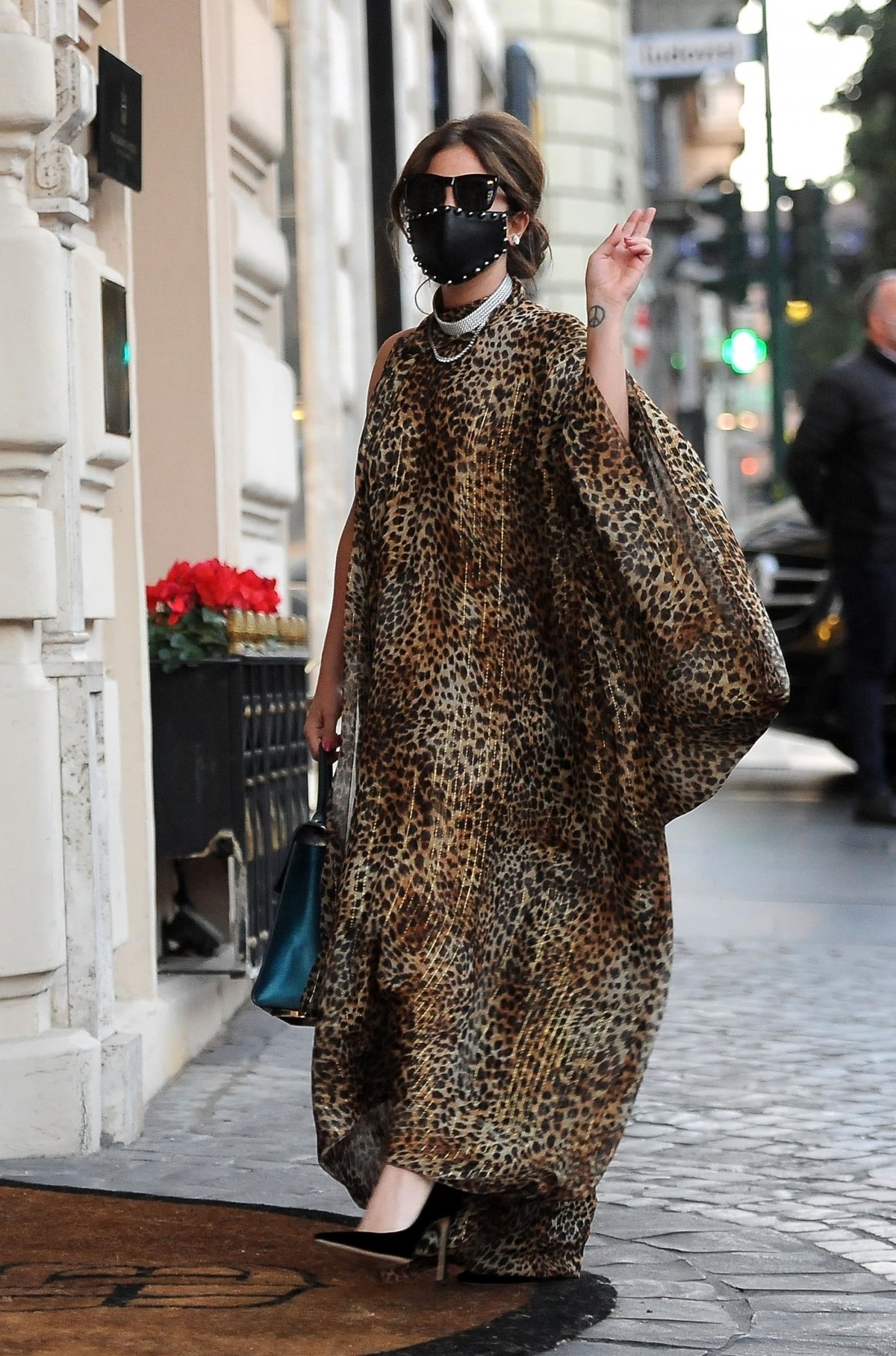