Kudlow: This tax hike trade is not good at all

Digging a little deeper in her interview, she said that U.S. companies are likely to provide crucial support.

Kind of like falling on your sword, huh? Throwing yourself in front of the train—or at least I have this picture of CEOs sobbing wildly because they can't get a tax hike that would reduce their profits, lower their stock prices, cut back on their payroll and undermine their productivity.

I'm surprised these CEOs, as socially woke as they have all become, when it comes to their own financial statement, are not picketing together with large placards saying "please raise my taxes."

They would march not just to raise their domestic income taxes, but their capital gains taxes, death taxes and overseas taxes.

So I’m still looking for this news event, but I don't see it.

INFLATION JUST BEGINNING OF OUR WORRIES IF DEMS GET THEIR WAY: MCCONNELL

Here's what I do know: The Business Roundtable, which is home to the 200 largest companies in America, is opposed to the Biden-Yellen tax hikes at home and abroad. Opposed, Madam Secretary. Not crucially supporting, but opposed. They have said so publicly. So, I don't know who she's talking about.

By the way, just for the heck of it, President Trump is now pouring it on, warning Republicans not to raise taxes.

"Republicans in the U.S. Senate must not, in any way, shape or form, increase taxes that were won in the Trump tax cut—the largest in the history of our country."

Spot on, Mr. President. It's always fabulous when you stay on message.

Speaking of the great Trump tax cut – the CBO and the JTC have priced out Trump and Biden tax proposals.

In other words, the Biden tax hike is 7 times as large as the Trump tax cut.

Just please think about that for a moment. It's not just jumping the corporate rate from 21% to 28%, where it used to be 35%. Biden's is a 7 times greater increase than the Trump tax cut. That's serious business.

WALL STREET ISN'T SO SURE INFLATION WILL BE TRANSITORY

Now here's another thought: Although the Democrats have not yet put together a budget resolution and, therefore they can't form a reconciliation package yet; the so-called infrastructure package completely lacks details on both the spending and pay-for sides; nonetheless, the desperate Dems are now talking about dynamic scoring and I actually love this.

For years, supply-siders like myself have argued that lower tax rates change economic behavior. Tax something less, you get more of it.

We've always wanted this dynamic behavior to be included in the 10-year estimates of the economy, along with federal spending and revenues. Otherwise, in static terms, you could presumably raise the tax rate to 100% from say 21% corporate tax. 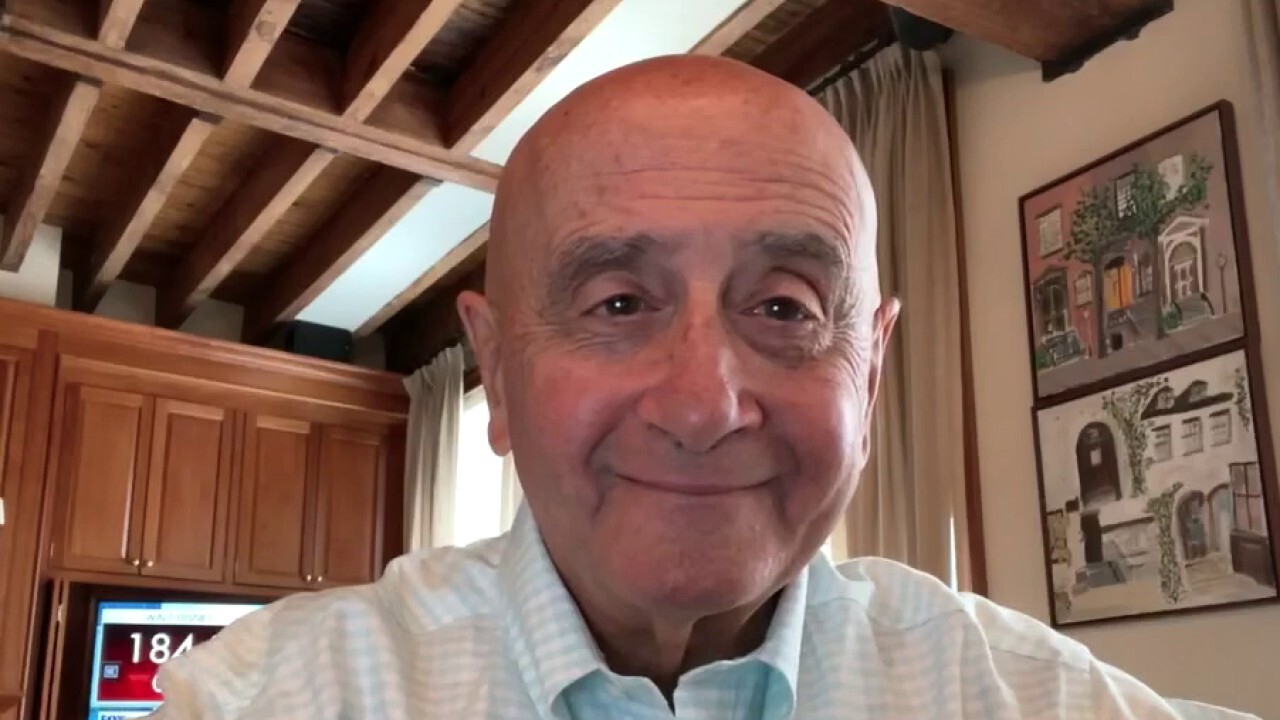 Former New York Stock Exchange CEO Dick Grasso argues that Washington, D.C. ‘has got to right the ship’ in terms of ‘what they expect of U.S. companies.’

Now, everyone with a pea-sized brain would know that 100% tax rate would destroy the economy, kill jobs, lose revenues—but that static approach held on institutionally for decades.

Recently, the CBO started using a watered-down approach incorporating economic behavioral changes. The tax foundation does a great job, as do other models nowadays. Not all, but some. So if the Democrats want to incorporate dynamic scoring into their $3 trillion package, or whatever size, I say fine.

Color me highly skeptical, especially because their social spending is not tied to work incentives or work requirements, but they kind of forgot the tax hike side.

So, to quote the great Art Laffer, "If you tax something more, you get less of it."

"Less of it" means lower revenues and bigger deficits. In fact, the Penn Wharton Model has virtually the same numbers as the tax foundation and the NAM Slash Rice University Model.

In fact, the business roundtable is paying close attention to the Penn Wharton Model.

So, I hope Democrats understand what they're getting into because dynamic scoring is going to jack up their deficit numbers by lowering the economy and dropping revenues.

Incidentally, the 350 billion Trump corporate tax cut paid for itself in about 18 months because of stronger economic growth and lower unemployment, and hence, more taxable income throughout the economy at lower tax rates.

There was far less tax avoidance as huge volumes of overseas cash repatriation came flowing into treasury coffers. In fact, the entire Trump tax cut, priced at $1.5 trillion, nearly paid for itself.

Just before the pandemic hit, CBO estimates only a $200 billion shortfall in revenues, which would have been easily gobbled up had it not been for the virus. However, that's what lower tax rates do. They change behavior.

In fact, as I occasionally do, last weekend I communed with Schumpeter, who of course passed away in 1950, but, we periodically spiritually commune on the economy and he told me  "beware of the Biden tax hikes."

He completely agrees with President Trump and does not understand Janet Yellen, who had an excellent record at the Fed, but you're only as good as your last trade.

This article is adapted from Larry Kudlow's opening commentary on the July 13, 2021, edition of "Kudlow."