Good Morning Britain presenter Kate Garraway, 53, took a break from social media and work to look after her children Darcey, 14 and William, 10, as her husband Derek Draper, 52, remains in hospital.

He has to come back to you all and he will.

The broadcaster’s long-term spouse was admitted to hospital with coronavirus in March and is now in a coma after the virus sparked further health issues.

Yesterday, she returned to Twitter to respond to a fan who encouraged her to watch a video from Australian mountain climber Lincoln Hall about the stages of unconsciousness.

The Twitter user wrote: “@kategarraway… keep going with the messages he is hanging on, for a reason, for you, the kids, he has to come back to you all and he will. 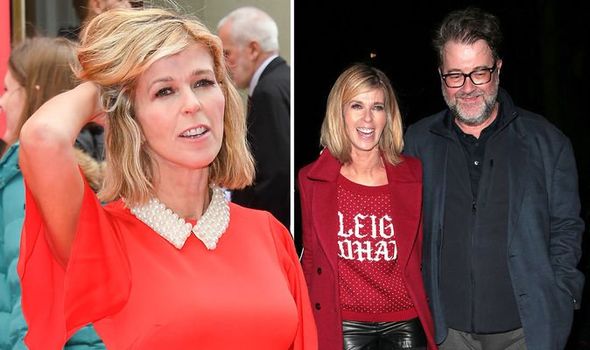 Kate also retweeted a positive message from another fan, who wrote: “So, another Monday and another new week.

“Monday 23rd March seems like so long ago – it must seem strange to you, Kate. Like another lifetime, before this virus changed the world!

“Any day could be the day your Derek comes back to you… Just let it come.” 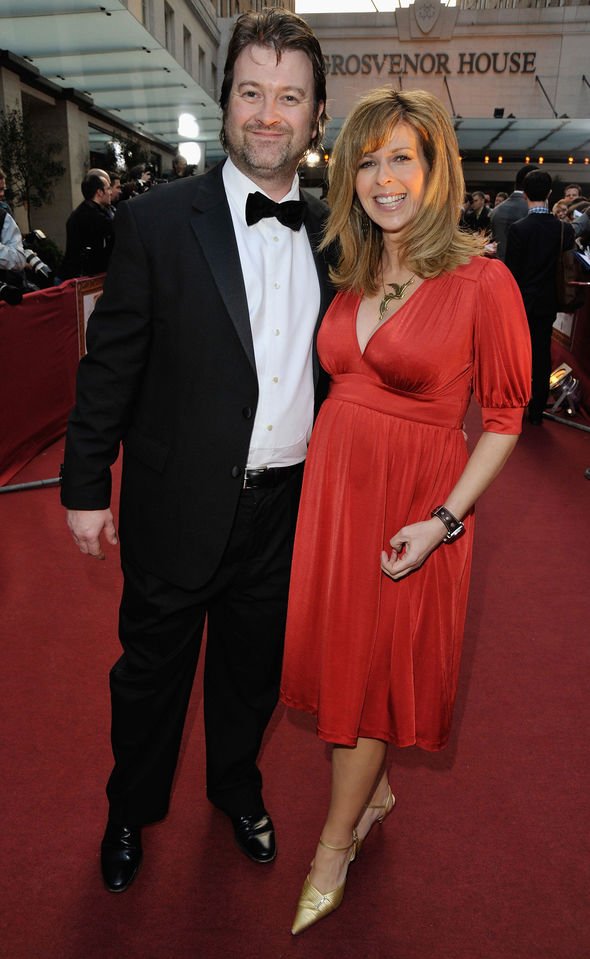 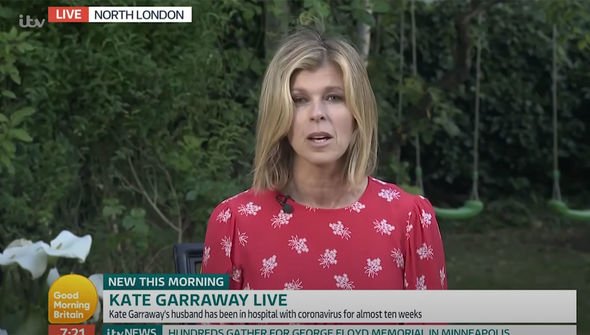 As well as this, the broadcaster liked a series of supportive posts from her fans.

She last responded to a fan on Twitter back in April, but has been more active on her Instagram page.

She shared a collage of pictures of Derek, her dad and her father-in-law in view of her 859,000 followers.

As part of her lengthy post, she told fans she will “never give up” on Derek while he remains in a coma.

She went on to say she and her loved ones have been “overwhelmed by the long road that lies ahead”.

Kate added: “Whatever happens next I’m afraid it IS going to be a long road, with an uncertain end that isn’t even nearly in sight right now.

“BUT. This week I am refocusing on hope that as a family we are going to pull together with the support of friends and get through everything come what may.”

She said while Derek is coronavirus-free, he now has clots in his lungs, holes in his heart and said the virus has made him diabetic.

The mother-of-two told The Sun: “He’s got a tracheotomy now, so he’s breathing through that, and his lungs, which have clots, are showing some sign of recovery.

“But the MRI showed that he has damage everywhere, holes in his heart, his liver is impacted, and his pancreas… well, he’s now very, very diabetic which he wasn’t before.”