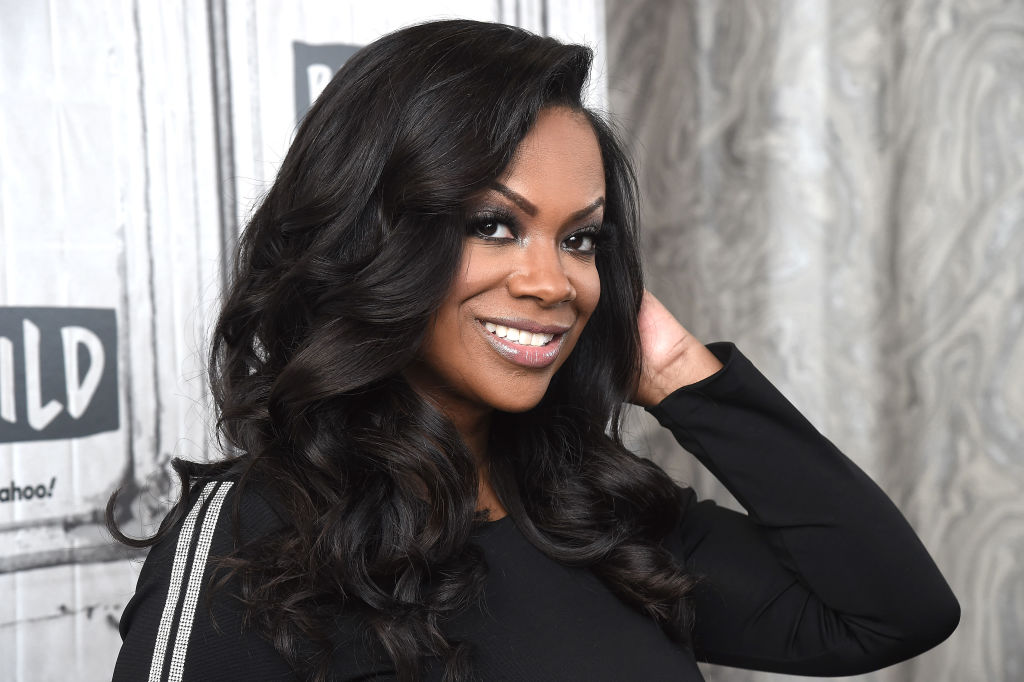 Burruss and her back-and-forth with on-again, off-again friend Nene Leakes have dominated most headlines that have surrounded The Real Housewives of Atlanta‘s reunion special.

In an interview with HollywoodLife preceding the reunion, Burruss spoke about her issues with Leakes. She explained, “If you are a real fan of our show, you would know that pretty much from the time I came on the show in season 2 all the way up until when I was pregnant with Ace, Nene and I pretty much argued or had some type of tension every year up until that point. When I was pregnant with Ace, she and I made a little vow to be more respectful to each other and not be so negative toward each other.”

Burruss continued. “Well, needless to say, we have reverted back to the way we were prior to our oath and going into the next season, I would probably have to say for me — I don’t know how she’s feeling, but for me, I feel like I will reciprocate the energy that she gives me. So if she’s gonna come in with BS, she’s gonna get BS. If she wants to be pleasant, then I will be pleasant.”

Burruss just recently celebrated her birthday and Leakes posted about it

Burruss celebrated her 44th birthday over the weekend. Leakes issued a passive-aggressive birthday message to Burruss on social media. She message poked fun at their feud while alleging that Burruss has been faking her issues. She wrote on Instagram, I will NOT let the fake beef YOU made up to stop me from wishing you a Happy Birthday & posting my favorite pic of us Kandi. Everybody go wish @kandi a Happy Birthday! Then tune into #RHOA to watch Kandi have the fakest, want some smoke, beef wit Nene segment at 8pm TONIGHT on @bravotv #happybirthdaynumber2 #forgetable #kandiman #funshaderight #mrsatlantaonly.”

I will NOT let the fake beef YOU made up to stop me from wishing you a Happy Birthday & posting my favorite pic of us Kandi. Everybody go wish @kandi a Happy Birthday! Then tune into #RHOA to watch Kandi have the fakest, want some smoke, beef wit Nene segment at 8pm TONIGHT on @bravotv #happybirthdaynumber2 #forgetable #kandiman #funshaderight #mrsatlantaonly ??

RELATED: ‘The Masked Singer’: Why Fans Are Convinced the Night Angel Is a Popular ‘Real Housewives’ Star

Burruss’ husband, Todd Tucker, planned a surprise party for her birthday over the weekend. The theme of the party was “Mask On,” as every person in attendance was supposed to wear a mask in order to not transmit coronavirus (COVID-19). Several of her friends and fellow reality television stars were in attendance, including Tameka “Tiny” Harris, Shamea Morton-Mwangi, Shekinah Anderson and Rasheeda Frost. None of the main The Real Housewives of Atlanta cast members were in attendance.

Someone tweeted, “I know she’s not doing all this with a fresh baby at home.” Another person added, “Extremely irresponsible @Kandi so many people are postponing milestone events to stop the spread but YOU have to have this party. No regard for human lives smh.”

Some people defended Burruss by saying she wasn’t the one responsible for it all. One person said, “It was [a] surprise, she didn’t plan it. It was only close friends & family (but still a bad idea).”

The third part of The Real Housewives of Atlanta reunion will air this Sunday.