Kailyn Lowry got very candid during a recent conversation on her podcast. The reality star revealed her kids have walked in on her in the bedroom.

Kailyn Lowry, 28, has opened up about a very embarrassing moment. The Teen Mom 2 star, who is a proud mom to four boys, revealed the awkward moment her kids walked in on her having sex. “I won’t tell the story because I don’t want to put my kids on blast. I think I’m more scarred [than them] though,” she revealed on the November 17 episode of her Baby Mamas No Drama podcast. “Like, I’m more scarred for life than they are because I’m like, f**k, if they didn’t have questions before, I don’t know if they do. So, do I need to address them?” 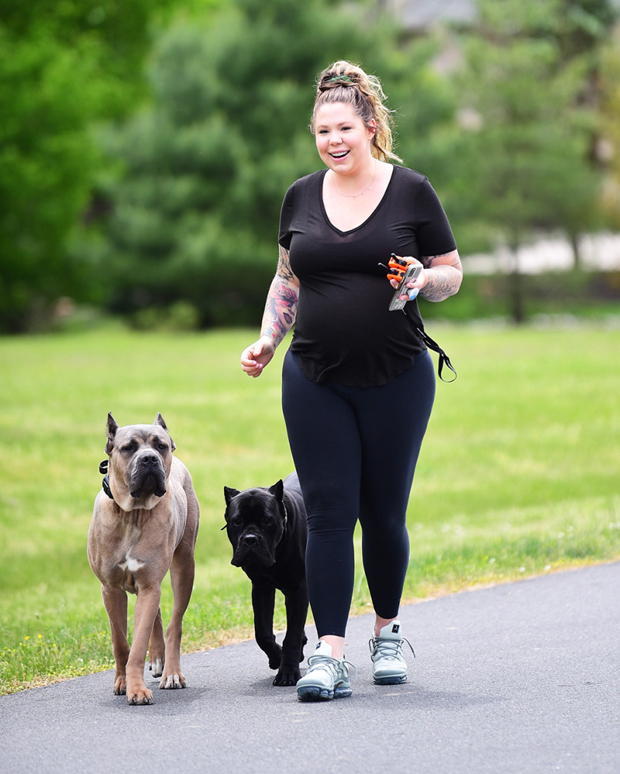 Her co-host, Vee Rivera, who is married to Kailyn’s ex-boyfriend Jo Rivera, then asked the MTV reality star how she would feel if her and Jo’s son Isaac, 10, walked in on the married pair. “It’s f**king life, and that’s the thing,” the MTV star said. “I worry sometimes about talking about things like this on the podcast, because I feel like I’m scared someone’s going to call CPS [Child Protective Services], you know? But it’s really part of f**king life.”

She continued, “People have kids and they still want to have sex. We’re all human, right? Of course, I wouldn’t be mad if that happened. First, I would laugh and then I would be like, ‘Wow, I hope he’s not traumatized.’” Along with Isaac, she also shares son Lincoln, 6, with ex-husband Javi Marroquin, and sons Lux, 3, and Creed, 3 months, with ex-boyfriend Chris Lopez. 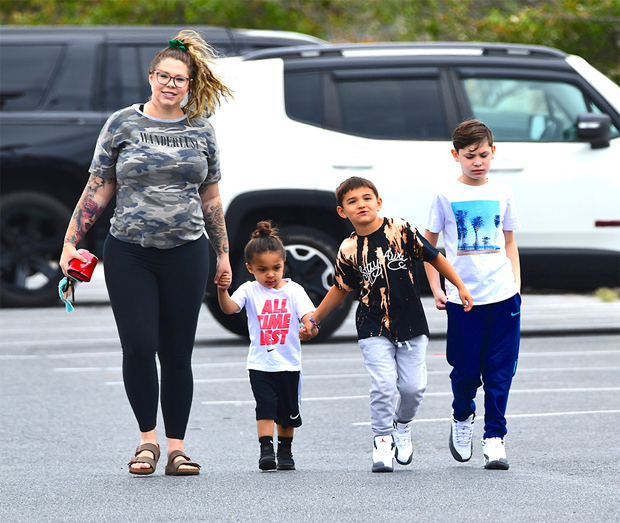 Just last week, Kailyn opened up about getting back into dating! While she loves her four sons, Kailyn revealed she doesn’t want to expand her family by dating someone with kids of their own. “Part of me wants to try casual dating just to see what it’s like,” she began. “But I don’t think that I could talk to people. I don’t have anything in common [with men]. I have four f***ing kids! I don’t have anything in common with any man. I’m not gonna date someone who has kids. I’m just not gonna do it. Like, I will not.”